IIRC Wiggle already had a German connection as they (or their parent company) had bought Bike24 a few years back. I don't know how if that is mentioned after the 1st bit that is available to view.

I'm mainly using the browser version on my PC with it connected to the TV as a 3rd monitor. That setup works great for me. I occasionally used the android app on my phone.

I don't know if it was just me being slow on the uptake but, for races, in the section below the "live" video there in the "highlights & extras" there is a long highlights about 45 minutes long and a 4 to 5 minute short highlights, plus a stream of the last few km. I've found the short one good for getting up to speed when I ve missed a stage or 2 of a multiday race & want to get up to date without spending hours doing so.

I've found the "documentary" stuff that I've watched to be good too.

Here are a couple of example from up this way

Following the A578. This adds 0.6 mile to a 1.1 mile stretch, that I do regularly, if you stay on the main road. It substitutes 1 mini roundabout for 2 right turns & 3 give ways.

Following the A573. This one starts by taking you along a couple of back streets that appear to now be gated (I was expecting cobbled "backs" - OSM probably could do with an update). It has a couple of instances of making you take a right turn to leave the main road, round the back roads before wanting you do another right turn back onto the main road a few hundred yards further on.

I tend to just add extra points to get the route I want. I think my record is 27 extra points in about 4 miles to get north-south across Warrington quickly rather than "prettily". But I will spare you that.

Having said all this CT is very much my preferred route planner. It is just worth checking closely for such wobbles in urban ateas.

Re: Bike crash in ford

A piece of duff for Danny Macaskill.

Something like this @2:36. It is Chris Akrigg doing the stepping stones at Bolton Abbey, Danny appears later doing other stuff.

We've a couple of the original Liteloks (& a pair of Abus Bordo Granit X folding locks). The Liteloks seem well made but have not, as far as I know, been theft tested. Having 2 the same means you can combine them into a single loop if necessary.

The Liteloks are definitely lighter than the Bordos (around 1kg each compared to around 1.5kg for a Bordo), but I do prefer the compactness of the Bordos as they come with a case that can fix to a set of bottle bosses (or use the included straps).

I think Litelok do a wearable version, as well as several other variants these days. 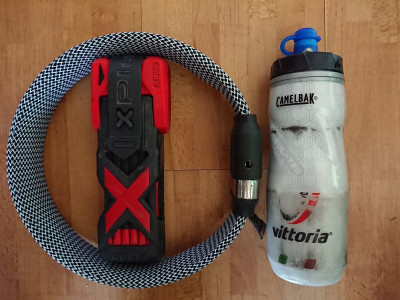 Re: View from the bridge

Minding grandchildren for their mum this morning. I decided to make the most of the nice weather & take a "long cut" back via Wigan Top Lock & Haigh Hall. 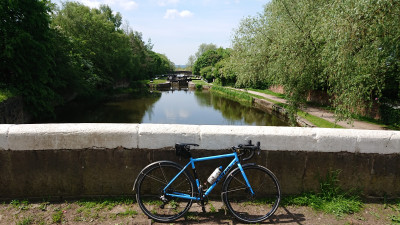 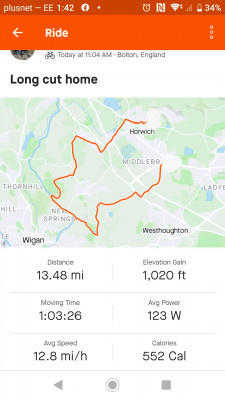 Re: Travelling with a touring bike on a train in the uk

mattheus wrote: ↑28 May 2021, 9:34am Online booking Rant time:
This gets my goat, what on earth does this message actually mean?? (there are two possibilites, and the difference is quite important!)

Number of bicycle space to reserve: 1
<tickbox - yup, it lets me tick it>
There are legs where reservations is not possible

That's on a par with this gem from the nationalrail.co.uk booking engine:

I don't know the specifics but the formal policy for reservations may not have changed but some train companies have/had suspended reservations while passenger numbers were low & to reduce interactions with staff.

Re: What is CUK doing for us?

In fact none I ride have.

Re: What is CUK doing for us?

Yes, that will be in 1886 when they helped set up the Roads Improvement Association!

Re: Bike designs which should be binned

The really simple solution to a QR, lawyers lips & adjustment is this.

To remove the wheel, once you have released the lever, hold the nut at the other end & turn the lever several complete turns enough for the QR to clear the lawyers lips (4 works for me). Remove wheel.

To refit wheel, fit it back in the dropouts. Grab the nut & turn the QR lever to tighten it the same number of complete turns. Let go of the nut, position the lever at the right orientation & close the lever.

As you have retightened the QR by exactly the same amount as you undid it when removing it you haven't altered the adjustment. It doent matter iff you do a couple of extra turns as long as you do the same number when removing & refitting. I reckon it adds less than 2 seconds to each step. And it still requires no extra tools, apart from a brain that can count & remember a single digit number.

If the extra time bothers you, you need to employ better mechanics in your support car!

I've done over 9,500 miles, with a fair proportion of fast bumpy tracks, now on my Kona Sutra - 1x SRAM 10-42 with a 36T Raceface narrow-wide chainring & the chain has never come off. In fact chainslap is almost non-existent & the original clear plastic stay protector has very few marks.

I would concur that something isn't right. The clutch not working properly/at all/switched off (I think GRX zhas a switch), a bent chainring tooth or maybe a link or 2 too much chain would be my prime suspects.

Re: Bike designs which should be binned

Re: Cyclists who wear glasses

On a more serious note...

The cheap over-ordinary-glasses, might be worth getting to start with to see if that helps to reduce the eye watering. If it does you can consider something more fancy if you want. Personally I find I get a lot less eye watering if I wear proper wrap around sports glasses (Rudy Project Rydon in my case), unless I'm doing a very slow ride (such as with grandchildren) in which case I can manage with my ordinary glasses.

I find a cycling cap helps keep the sun &/or rain out of my eyes & wear one for probably 90%+ of my riding.

Re: Cyclists who wear glasses

Most helmet manuals warn against that. I don't understand people ignoring it.

Probably best to just wear the cycling cap on its own then!

sussex cyclist wrote: ↑23 May 2021, 2:22amMy counter-offer is this: replace the frame nil charge (and in a reasonable amount of time, please, unlike what happened with this poor chap. Your standard 3 months would be fine, as I don't have high hopes for the weather this summer anyway.) I will then accept the new frame on your now standard 10 year warranty, even though that would be a step down for me.

Enigma may be oblivious of your kind offer.