ANTONISH wrote: ↑22 Apr 2021, 10:26am Apparently having an opinion that isn't enthusiastic about "smart meters" is constant moaning and hand wringing.

It's a general comment based on reading the nonsense folk write on social media and not aimed at anyone in particular.

ANTONISH wrote: ↑22 Apr 2021, 10:26am If "smart meters" had been introduced under a publicly owned system there would have been a standard model that could have been read universally - unlike the system where meters were introduced with companies being unable to read their competitors meters.

Possibly, but in theory the government could have mandated this anyway.
I'm not even sure why a SMETS1 meter can't be read by others. (I think mine is SMETS1 and I've changed provider and they've not had any issues reading it).

I think the problem is the gov seem fairly happy to let providers off the hook on the basis of "too expensive".
It's not just lecky meters, for as long as I've been around private companies have bid for gov contracts and underdelivered and yet folk still buy into the "private is best" nonsense.

I don't see any advantage for the consumer over the publicly owned CEGB and the local area supply authorities ( albeit the latters retail operations, showrooms etc were unnecessary ) - there are IMO too many spivs and chancers in the market since privatisation.

So many years have gone by since privatisation that the landscape is vastly different from when we privatised so any assumption that there's no benefit is exactly that, an assumption.

Who knows how the landscape would look now? Would it be better? Cheaper?
One things for sure, without commercial considerations I suspect we'd all have smart meters, they'd have been rolled out nationwide and there'd have been little or no say.

As an aside I can't think of any enforced change that wasn't met with constant moaning and hand wringing.
From the removal of lead in petrol "think of the bangers!", recycling "why should I sort my rubbish?", energy efficient bulbs - in fact bazillions of things all the way up to EV's.
I doubt you can ask the populace to do anything without a loud minority whining about it. It's only when things become the norm that 'most' of the whinging stops.

I don't understand the backlash against smart meters, makes no sense.
Ultimately it's their system so they can meter it however they like. Knowing how much energy you use is hardly an infringement of privacy, if anything it's a plus point in your favour.

As for the old "they can disconnect you remotely" - so what?
Assuming it's actually true when it comes to disconnection the process is the same and the end result is the same regardless and at least you wouldn't have the embarrassment of a random bloke and bailiff turning up at your door demanding access to physically disconnect your supply.

The main point though is that they enable tariffs that are potentially beneficial and as EV's and their ilk become more common a smart meter becomes even more desirable.
As tech moves on and home batteries or EV to grid systems, home solar etc become more prevalent then an intelligent system that can dynamically monitor and adjust where you get your power from becomes a necessity for a majority.

The smart meter discussion is a thing of its time, in ten years time it'll have ceased to be a thing of contention.

Phileas wrote:Also, I’ve seen no explanation of exactly what the hospital admission strategy should be if the virus was left to do its thing - ban all COVID patients?...after letting them wait for a test result?

I think the idea is that once you've decided to let it take it's course you can then quietly ignore anyone with it and let them die quietly out of sight.
I'm not sure how you differentiate someone with respiratory problems due to covid or other causes or whether you start treating them and as soon as it proves to be covid you send them home or something.
Strictly speaking why stop at covid? Medical intervention is exponentially related to age, you *could* simply not have any medicine at all and just let the sick, old and infirm die off naturally. Think of the money!

I'm sure there's some logic in their reasoning somewhere even if it isn't based in the real world.

I see that BBC Licensing have cashed our cheque.

I imagine that David Attenborough is rushing round to the nearest ATM from Broadcasting House to get hold of the lolly, as we write!!

I fear his "rushing" days are behind him.

They're still trying to figure out what the scam is.

So what's the scam?

Re: Capitalism to thank for the Vaccine program

philvantwo wrote:Maybe you lot should go and live in North Korea?

Why? We're happy with a mixed economy. Except apparently Boris who denied the key role played by the state. Maybe he should go live in the country of his birth?

I do wonder sometimes if Johnson does not see it as money from the state but more his own to distribute amongst his chums and mistresses as he sees fit.

It's the numbers I find staggering.
Everything costs 10x what I think it should.

I've been trying to find out how they spent £2.5 million on that briefing room - an amount that would probably rebuild my house 5x over.

Re: Oprah - anybody staying up to watch?

New series of "The Windsors" on Netflix, watched the first one during my lunch.

Everything I know about the royals comes from that show.

Ride-sleep-repeat wrote:Not vaccines in general but certainly certain vaccines.Some are good and eradicate the thing they are targeted at.Some don't and it's an exercise in futility.Take the Flu jab.It's been around decades and folk still die of Flu or complications related to it.The Flu mutates constantly.This virus is showing signs of doing the same thing.It's highly possible that a completely new mutation of C-19 could return in the near future rendering all known vaccines useless.What then?Keep vaccinating as we do with the Flu?We should have just let this run it's course.Those weak and vulnerable would die(as many have) for everyone else life goes on.
Maybe some lives are not meant to be 'prolonged'?Maybe old Ma nature is reminding us who's actually in charge?I don't know but I do think that the tiny fraction of the Worlds population taken by this virus does not warrant the time,money and response that it has had these last 12 or so months.

Flu doesn't mutate because it's dodging vaccines, it mutates because that's what it does.
The flu jab saves lives, they may be predominantly amongst the weak and vulnerable but who are we to say they don't deserve to be protected?

At the end of the day C19 is only really a thing because the world handled it poorly. We could have strangled it at birth like the Chinese did but we allowed it to escape into the general population and once there it's next to impossible to eradicate.
The "tiny fraction" is tiny because we were able to deal with it at the rate it presented. Allowed to run wild the numbers would have been far greater without a doubt merely because we lacked the capacity to handle them.
It wouldn't take too many pictures of overcrowded hospitals, people dying in corridors etc to swing public opinion pretty hard (to some extent pictures of such things in Italy did exactly that).

In some ways the relative success of what we did gives us (you?) the ability to question the wisdom of it.

pwa wrote:I first became aware of this thing about 8 years ago with this BBC documentary. It shows that humans have not really got any cleverer. There have always been really clever people.

It's only about 2000 years ago, we were pretty clever back then - in fact it's even possible we were cleverer.
Gears were a well understood thing.

There are certain aspects of mechanics that are simple when you know them but took us a surprising amount of time to work out.
Cranks, chains etc etc.

The thing that amazes me the most about the mechanism is that we can figure out what it is/did from that crusty relic. 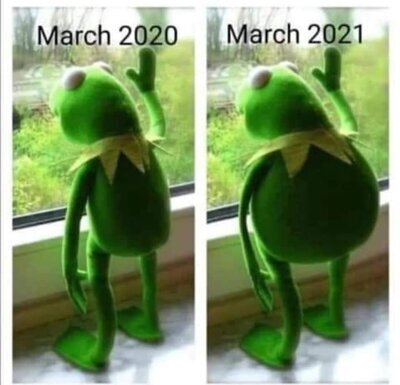 philg wrote:Unless you mean the internet?

Of course I mean the internet - mostly my peers posting their post-vaccine status updates.
Mix in a bit of general news, lockdown protests, anti-vax protests and an observation that the last lock down had none of the urgency of previous lock downs and you can get some idea of where I'm coming from.
Could I be wrong? Of course.
But it's a sliding scale and I'm pretty confident there'd be a fair amount of resistance.

Had to nip to the post office earlier so went on my bike (my missus usually takes all my parcels when she's taking her own).

Walked up to the counter and was horrified to see them wearing masks! I'd totally forgotten and the only place I keep my reusable "single use" mask is in the car glove box where it's been since I borrowed it from the hossie a year ago.
They were very polite and didn't even mention it, so I paid up and left.

In my little bubble here the virus is just something in the news, affects me zilch so I generally pay it no heed.

Not everybody thinks the same way as you do.

Who says I think that way?
I'm merely paraphrasing what I see and hear out there in the wide world.

(You sound a bit triggered, calm down...)

I'm very concerned about over-relaxation of behaviour. Ministers' statements haven't been as disastrous as last year but could be enormously better.

I'm not sure that folk will take much notice of anything they say now.
They blew their credibility out of the water some time ago, combine that a general feeling amongst the populace that once they've been vaccinated the gloves are off and I rather feel whatever happens next is out of their hands.

If the virus does mutate to dodge the vaccines I'm not really sure what will happen. It'll be hard to get people back in their boxes that a cert.

If you believe all that then you shouldn't have had it.
I wouldn't have done. I'm more than happy to cut my nose off to spite my face.
(Plus it's not like you couldn't have simply had it later on when your supposed "compulsion" becomes an actual thing).
Search found 15469 matches