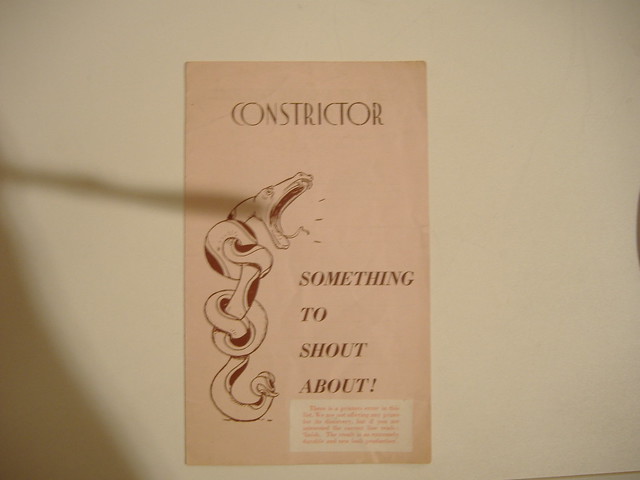 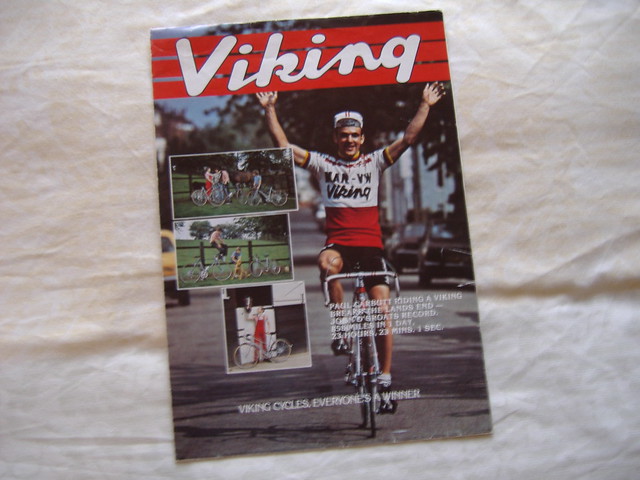 Brucey wrote:safety trousers? I think these have reinforcement on the hips, so that you don't get so badly knocked about should you come off. 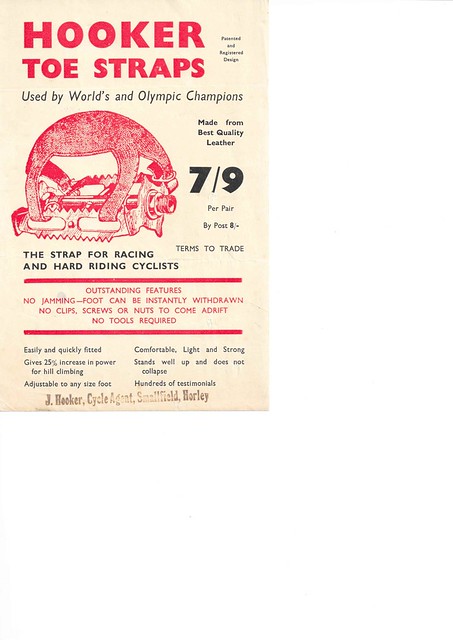 Hooker with leather straps eh? Whatever floats your boat....

getting new bike when there is snow on the ground is about as much use as being presented with a chocolate teapot when you are gasping for a cuppa. Once the snow finally melts little Johnny will discover the harsh truth; no matter how shiny it is, riding a bike that is about half your bodyweight is very hard work, even if you are blessed with youthful vigour and enthusiasm.

not a fan of schwinn Brucey?

great thread by the way - love the bonkers naivety of much of it (or maybe the sellers were hoping the buyers were) and the graphics.
Sweep
Top

Steve Hegg's bike for the 1984 Olympics had lots of 'aero' parts but that didn't extend as far as the chainset or the pedals. Back then he may not have had the choice (Look pedals were just coming on the market at this time I think) but to this day clipless pedals are still not used by some track riders because they prefer the secure feel of (often twin) toestraps.

Of course having a better bike is just one way of making the chances of victory better. There are others.... The Russian's didn't turn up at all, and the British track team was forced at the last minute to use spoked wheels; a protest ensured that their competition wheels were deemed illegal. IIRC the wheels in question had just a few steel spokes and a relatively thick skin of mylar, without which the wheels were not stiff enough. Despite the fact that the wheels were of marginal strength without the mylar, the mylar was deemed to be ' a fairing' and they were forced to remove it. I don't know whether they raced with the original wheels, unclad, in the end, or if they used alternatives.

Hegg's medal is, like others from that event, tainted by the admission that members of the US team used blood doping (then strictly not illegal) against the wishes of their federation.

Sweep wrote::)
not a fan of schwinn Brucey?

Bikes like the one pictured weighed about 50lbs or more. You got a lot of steel for your money! If you spent more money, you got basically the same bike but with even more crap nailed on to it....

At the time a bog-standard Raleigh with a 3s hub and caliper brakes weighed a not inconsiderable ~35lbs but such was the difference to the domestic product that such machines were commonly known as 'english racers' in the USA.

We do have one thing to thank cruisers ( aka 'clunkers') for; they popularised the 559 wheel size and were strong enough that the first (downhill) MTB races used modified machines of this type.

Sweep wrote::)
not a fan of schwinn Brucey?

At the time a bog-standard Raleigh with a 3s hub and caliper brakes weighed a not inconsiderable ~35lbs but such was the difference to the domestic product that such machines were commonly known as 'english racers' in the USA.
cheers

"English Racer". That brings it all back. My family lived a while in the USA and as a 9 year old I used to look at and and lust after the magazine ads for these exotic beasts which had two(!) brakes. My friends and I were all riding around on massive clunkers with only a lethal rear coaster brake for very questionable safety. I still have the scars to this day from frequently skidding on gravel.

We moved back to the UK in 1965 and I was treated to my first Raleigh 3 speed. My US and British bikes were chalk and cheese.
geomannie
Top

Richard Ballantine, in Richard's Bicycle Book, talked about English racers and how different US and UK bikes were.
Top

'All is pleasure', 'No effort required to climb slopes', 'No punctures to repair' say the signs carried by the three smiling ladies. They are having a jolly time, feet up on the footrests, racy knickerbockers and all.... The tyres look as wide as pneumatic ones but may have been solid. If so, the 'no punctures' thing might have been real but the 'all pleasure' and 'no effort' statements might have been even further from the truth than normal.


Careful now, this sort of thing will give advertising a bad name.... 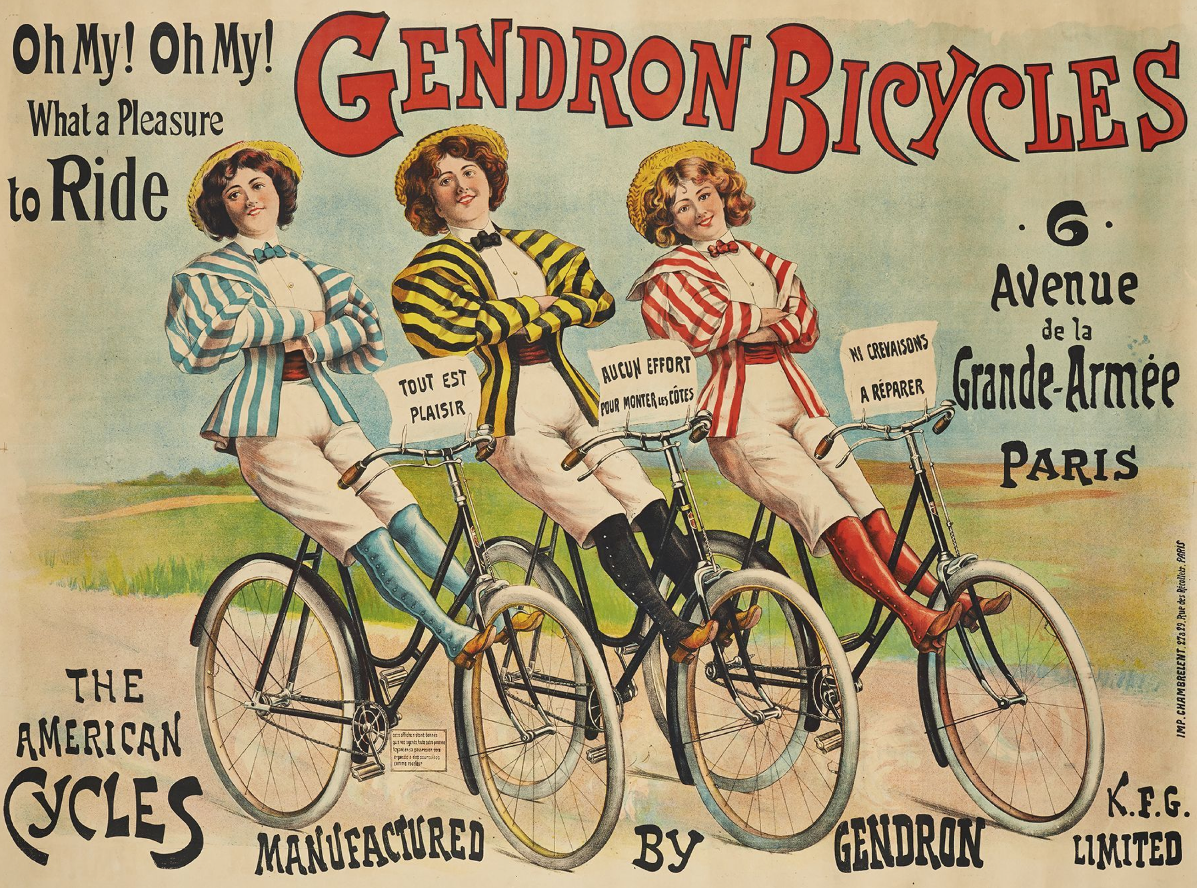 By the mid 1930's (which is when I guess this was done) Sturmey Archer were making 90mm hub brakes as well as reliable three speed gears. The final version of the 'K' hub used AW-esque 'R' springs for the high gear drive pawls and even lost its NIG function due to revised internal clearances around the sliding clutch. Maybe they did this to gauge reaction to the upcoming AW design, which was to serve them for over five decades with only minor revisions. The hub brakes (which were based on a design from one of their competitors, originally meant for tandems) were sufficiently well designed that versions of the same brakes are still current today. As for the content of the picture.... well, I've never felt a push from behind like that....maybe it isn't just tobacco in that smoke he's got... 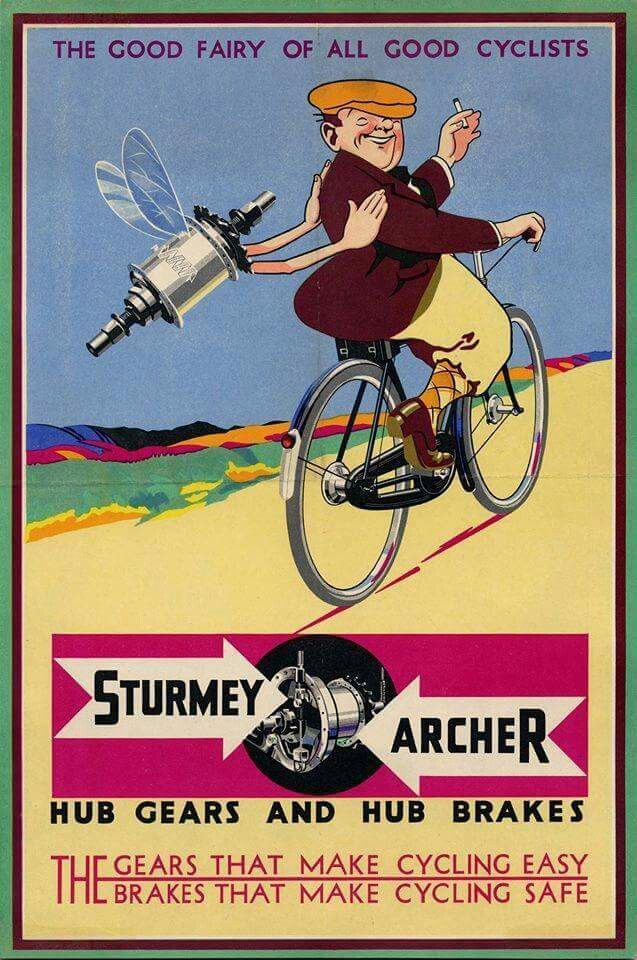 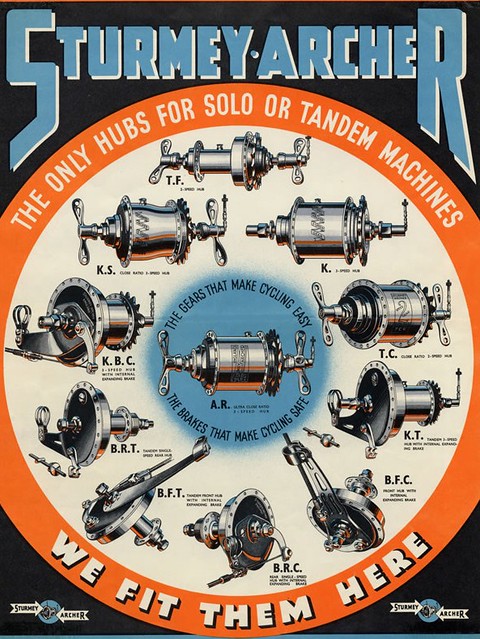 Triumph are of course far better known for their motorcycles but they started as a bicycle manufacturer and carried on making bikes until the brand was 'absorbed' by one of the larger bicycle manufacturers (exactly when and to whom is a subject of debate; online sources differ somewhat). Their early safety bicycle designs were of exceptional quality and often used unusual design features that seem to be out of place, time wise. Thus as early as 1905 some of their bicycles had Bowden cable operated brakes, hidden brake cables (inside the handlebars), forward facing brake levers (as can be seen below) rear brakes mounted on the seat stays and chain tensioning could be via an eccentric bottom bracket. At the time these unique design features helped Triumph bicycles stand out and deterred other manufacturers who might offer cheaper copies of their designs. You can see the forward facing brake levers in the image below, and the rear wheel mountings appear not to be slotted, suggesting that these bikes have eccentric bottom brackets too. 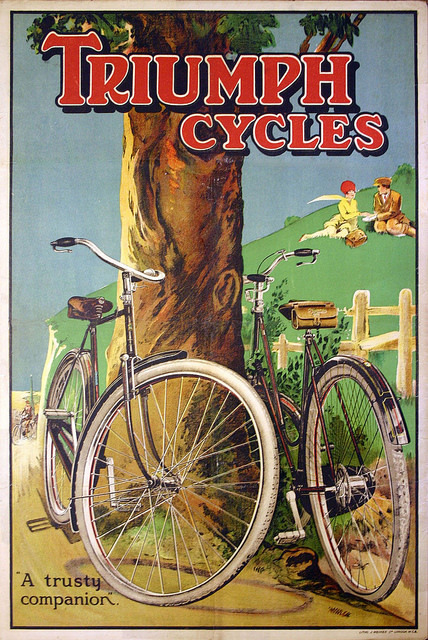 In the picture above the lady's machine has a ring of something set between the spokes near the hub on LH side of the rear wheel. I think this may be a ring of felt, designed to absorb any surplus oil that might emerge from the 3s hub gear fitted on that bike (you can just make out the handlebar mounted gear control too).

Needless to say hiding bowden cables inside handlebars looks neat but makes them virtually impossible to inspect for fraying. The front brake cable in particular has a tight bend in it and certainly wouldn't have lasted indefinitely. Little wonder then, that many cyclists opted for the cheaper, more 'nuts and boltsy' rod brakes.

The familiar Triumph logo with the swooshy line didn't appear for several decades. Thus earlier references don't have it but this ad (which I think is from the late 1920s) does. 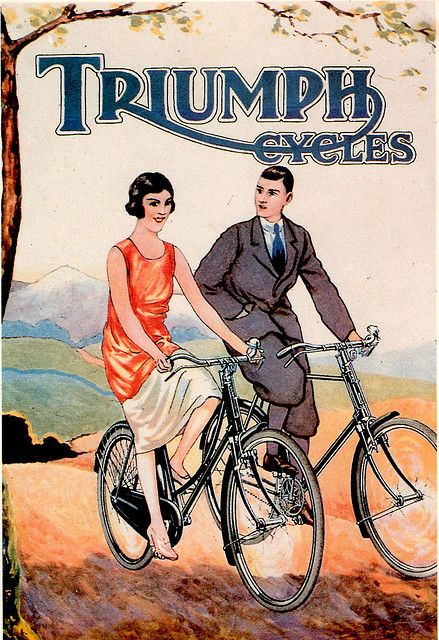 [edit: it occurs to me that the advertisers are playing the same canny game in both the above ads; instead of appealing to a single type of potential rider, they are appealing to couples. Thus they are pitching to sell two bikes at once, which is twice as good as just selling one....]

This ad (from 1939) appears to have had the swoosh deleted from the Triumph logo, presumably in order to save space on the page for more, uh, 'attractive and dependable' things.

Like Royal Enfield, Kynoch are a brand more familiar to shooters; 'Eley & Kynoch' was the brand name on all ICI/Nobel produced sporting cartridges for many decades. In their time Kynoch have produced percussion caps, explosives, lamps, artillery shells, .303 cartridges, soap, candles, fog signals, machine guns, radiator tubes, paper, coins, metals, nails, iron castings, gas engines, suction gas plants, motorcycles and bicycles, amongst other things. By the end of WW1 they had produced over 3.5 Billion small arms cartridges. In 1943 they were manufacturing in 27 factories on over 20 sites employing over 50000 people.

This (presumably Late Victorian/Edwardian?) advert gives no hint to the firm's other manufacturing activities; it is perhaps surprising that they didn't adopt a different brand name for their bicycles, since their other manufacturing activities resulted in relatively frequent explosions in their factories, and consequent loss of life; at times their name would have received a lot of bad publicity which can't have helped cycle sales.