Oxford Bike Works have an ebike version of their tourer. To enable them to retain the general specs of their bikes they have employed the Copenhagen wheel.
John
Top

This just awesome!
At my local designer outlet they have small exhibitions of photography art etc by small collectors. You might want to think about exhibiting these to a wider audience. My favourite is the one with the Raleigh cycle. The other thing you might do is contact the Organisation that does British stamps. A set of these would make great stamp covers. Thank you so much for sharing these with us all. They are just so nice. I always run up and admire nice art, bikes, cars etc but never wanted to actually own any. Looking at these Vintage bicycle adverts one might get swayed.
?
Where and how did you get hold of them all? and how do you preserve them?
Top

as per the OP, the internet is full of such images. Most of the ones I have posted I've just linked to; others have posted their own images and/or links.

I do think that many of these ads qualify as art; if I owned a cycling themed café, I'd cover the walls in framed prints of these and offer them for sale.

As I envisaged it, the only requirement to be in this thread is that these images are cycling related and of interest in some way; could be artistic, technical, or some kind of social history interest; in any event each one is a little glimpse into the past, with which the present and future might make a little more sense....

Where I lived as a boy, Cyclemaster were sold by the local bike shop so I often saw them about. The shop also had a thriving business charging glass accumulators that people used to power radios.
Top 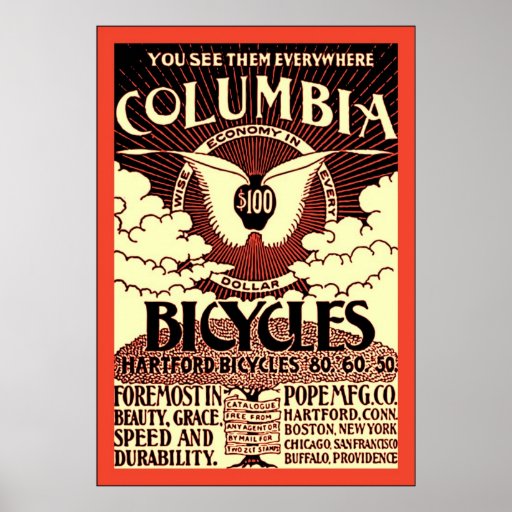 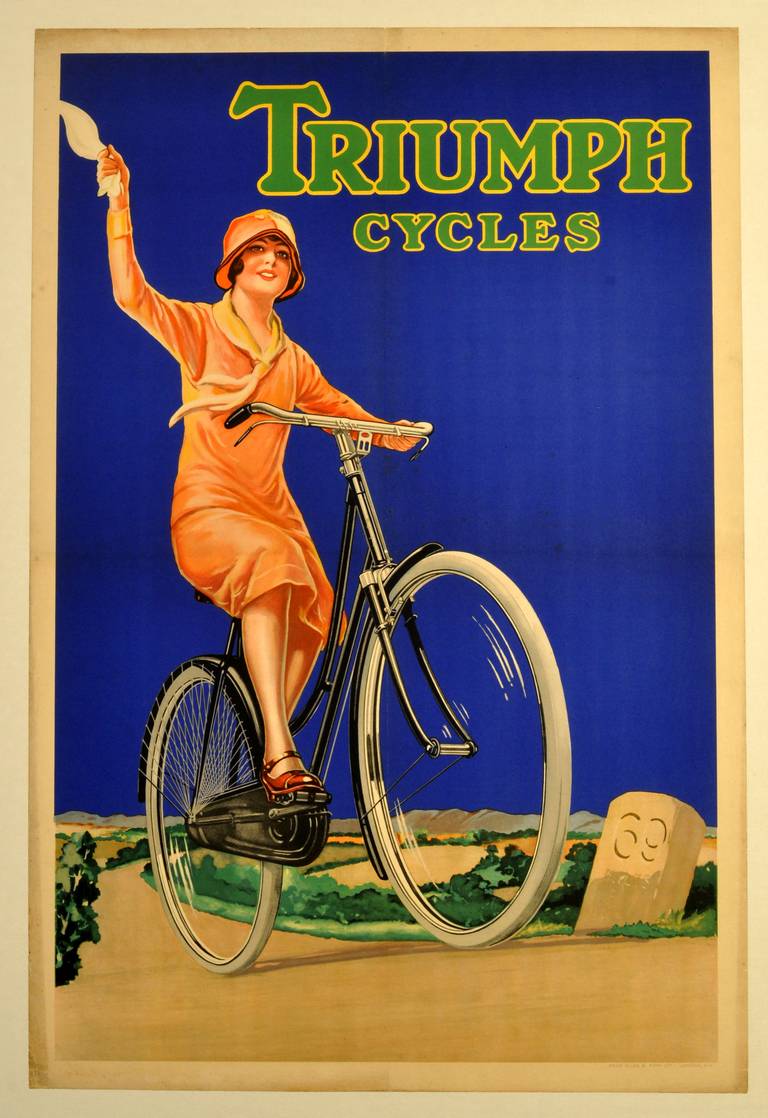 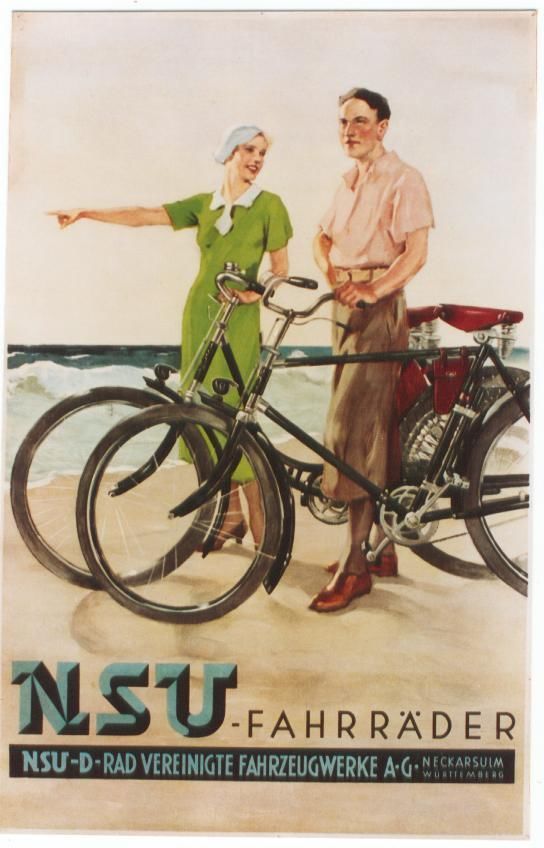 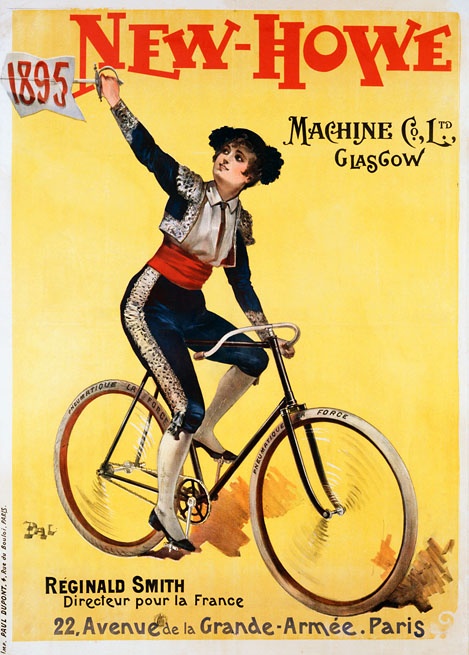 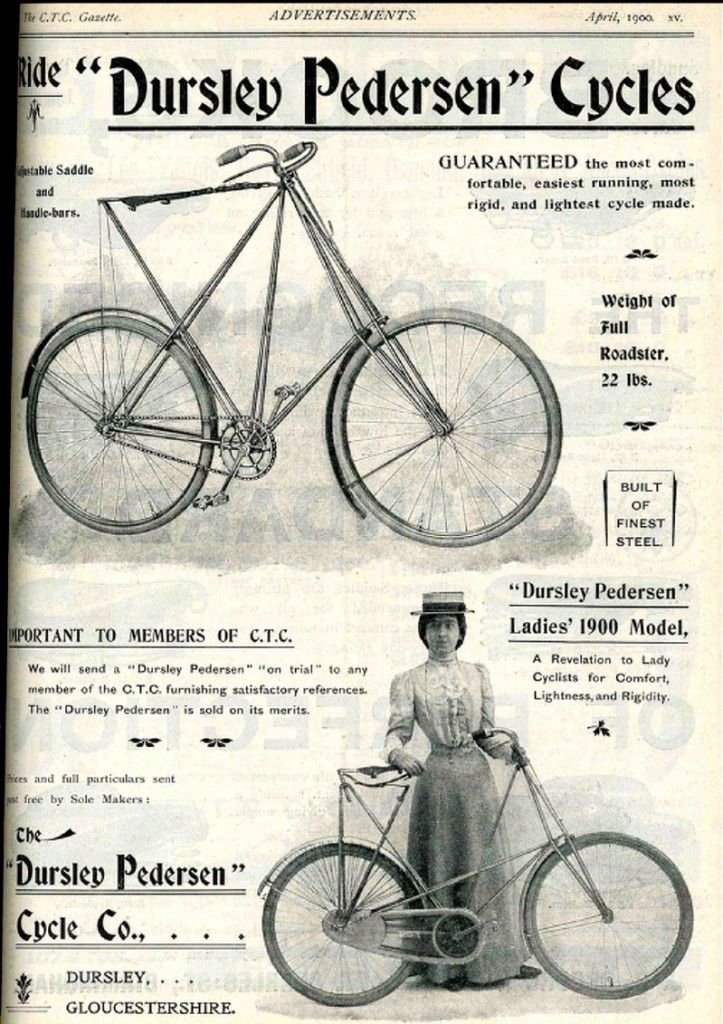 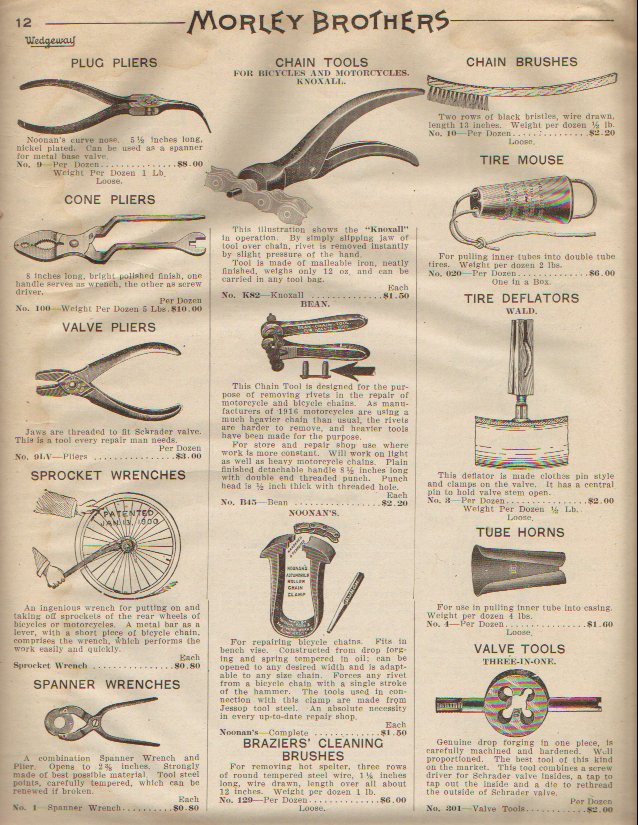 this ad tells you plenty about the kind of customer that Sears had in mind for their bikes; to these people, 349 miles is a long way, probably further than they would imagine riding a bike, ever.

In case you are wondering what 'a synchromesh derailleur' is, imagine a mech a bit like a Huret Allvit, but made rather less well. More here 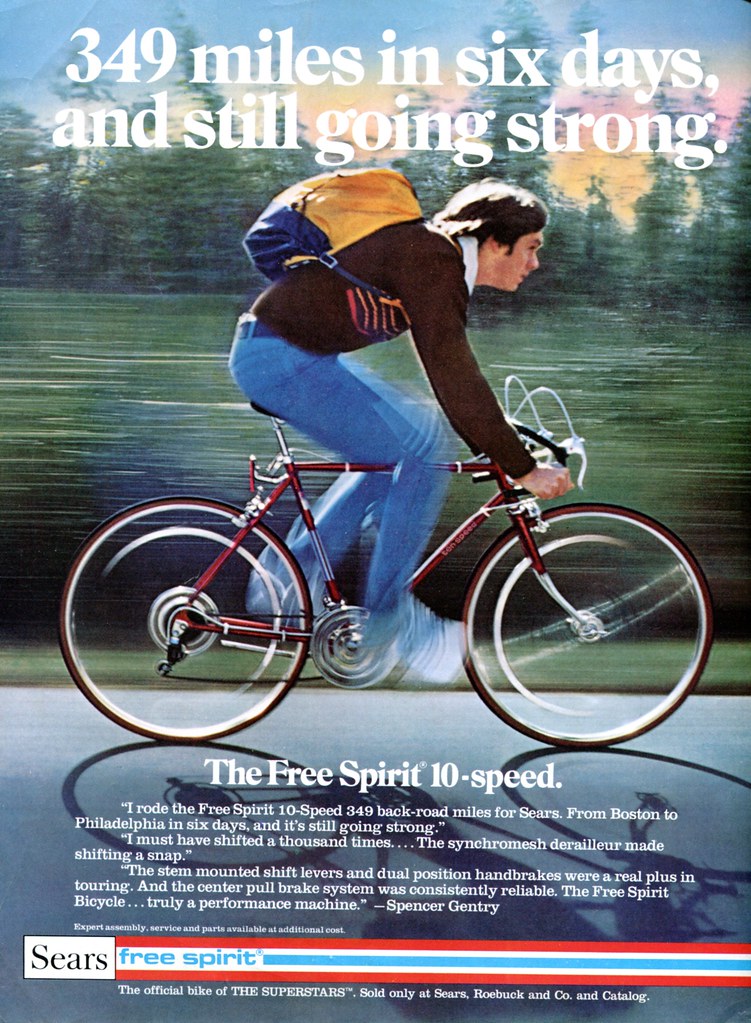 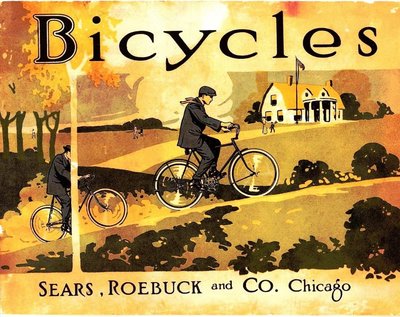 No idea who the artist was, but whoever it was had real talent - the tree is an odd piece of genius, and the whole thing works beautifully.

Mind you, I've had a copy of it for years but it was only after you started this thread, Brucey, that I took the trouble to find out what type of company Sears Roebuck actually was - roughly the equivalent of Walmart or Target now, I think, or Argos over here - so the bicycle would be what my riding buddy (in Ayrshire) from Rhode Island would refer to dismissively as a 'utility bicycle' (like the Carrera Subway that I ride and he so disdains!). And yet that artist pulls off the trick of making it look like the classiest bicycle on the planet. Back then, though, it might well have been a perfectly good example of its type - it would be built in the US, and maybe people and companies took more pride in their work and in their products, who knows?
Top

For many years Sears were a mail-order lifeline for folk living in rural parts of the USA, initially selling basic stuff like tools, clothes and household utensils. Sears branded stuff was usually comparable with other products available at the same time, usually offering slightly better value, since they had more buying power and there was one less player in the supply chain. So their bikes would be comparable with others around that price point, which in the case of a 1970s US-produced budget ten-speed bike, means 'entirely unexceptional'. I'm not sure how the quality of older Sears bikes compared; nice poster though!

Sears had their own lines of tools, for example under the 'craftsman' brand. For a long time Craftsman tools (spanners, socketry etc) were US-made under contract by leading manufacturers and carried a lifetime warranty. Ratchets etc were rebuildable and repair kits were readily available; they were a good buy. As of 2017 however the brand has been sold to Black and Decker, with Sears retaining only limited rights to use the brand name for a few years yet. Most craftsman tools have been made in the far east in the last few years. I don't know how much value there is in the tool warranty any more (not that you could easily implement it in the UK anyway...).