I liked the Scott solace which was on offer recently but likewise didn't like the BB mounted rear brake. Worse place for it imho

Marcus Aurelius wrote:From a comfort point of view, they are superb, in my experience, they break the shock pathway up, between the wheel and the seat post to your spine, they also help with aero, and given that you spend 80% of your effort moving air out of your way, whilst cycling, every little helps. They do make the bike look fugly though. All in all, they are worth having.

When testing the then new 2011 BMC SLR01, a former World Champion who was riding for the BMC team along with Tejay van Garderen specifically stated that the shorter stays of that model made for a stiffer frame in every direction and was more "lively" that's not the description you give to a comfier, more compliant frame IMO.
The design of the SLR01 however had a seatpost that was designed to flex significantly more than a standard post fore/aft, it also had a headstock with a suspension unit in it and different fibres laid up in the frame specificaly to help with comfort, in BMCs case their TCC,tuned compliance concept.

There's obviously a wide range of layups between makers and even levels of frame within the same company but if you're using like for like materials+layup/tyres+pressures, bars, post and other comfort design features then I can't see how a dropped seatstay frame is going to be more comfortable than one which isn't.
I used to ride this, one of the early monocoques that had dropped stays, even though it was already well over 10 years old when it came into my hands in the 00s it was still more than solid enough to bang out some full out sprints without it feeling a bit wishy washy but without being able to compare to the same layup with a traditional longer seatstay variant it'd be hard to judge, I just don't think they are more comfortable/compliant, just that there are more features that add to comfort and a change in many other aspects that also adds to comfort which again clouds things further in terms of saying x is more - or less dedepending which way you look at it, than y 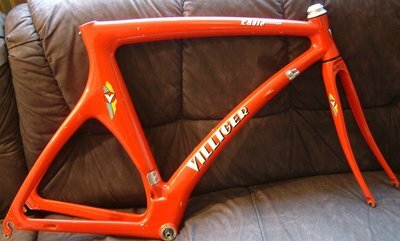 Dropping the seat stays disrupts the shock pathway, primarily that’s why that type of design was conceived. Whether it’s found new purpose now, is by the by.
Top

Dropping the seat stays disrupts the shock pathway, primarily that’s why that type of design was conceived. Whether it’s found new purpose now, is by the by.

Says who, where's the evidence, you mean a computer generated wobbly Gif? And you're saying that the likes of Cadel Evans and TJvG are not qualified/experienced enough to note the difference in stiffness/performance between a lowered seat stay frame to the previous frame type that didn't that says the stiffness of the frame was greater with the former/newer model? I think I'll take the word of a WC Grand Tour winner over the likes of you as to real world rather than a tin pot graphic!

However your failure to quote properly makes for a somewhat disrespectful reply, really no need to write what you did to replace what I had written!
Top

Cannot compare a a Pro rider that is used to 150psi tubs and a Team car behind, with the Average Joe who pays the premium for every cycling component.

And carbon fiber can be moulded and processed a lot more than metal tubing so cannot make a direct comparison.
I.e. in a carbon fiber mould there can be several more layers of fiber inside, where stressed points are; this is very difficult with metal tubing that can have its thickness drawn in different values only up to a certain extent, and with great cost.
It is by riding a bicycle that you learn the contours of a country best,
since you have to sweat up the hills and coast down them.
Thus you remember them as they actually are...
Top
Post Reply
51 posts