Get what you're saying... the wedge pack I had back then, I still have. I've just looked at it and it has a thick, fabric band, onto which the lamp clipped. see below I'm thinking that's quite within the scope of a keen amateur sewer 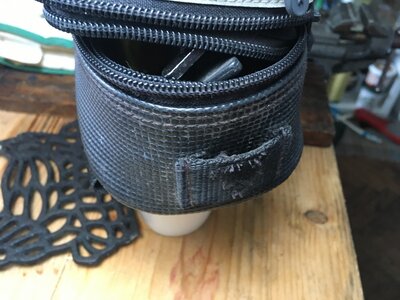 Same stuff available from your bike shop. Sold as tubular tyre repair thread. Somehow it is more expensive than that for horse owners, but you might bundle it up with other parts. For several decades I have kept a supply, mainly for repairing small leather goods.
Top

Me too! It's one of those products that most peeps don't seem to know about, but comes in useful, infrequently-but-very-usefully

But usually illegal because it is visible from the front because it is thicker than most road bike stays, so should be amber not red, but they only made them in red and white when I checked. They then made the second generation brighter not thinner, still missing a useful market.
MJR, mostly pedalling 3-speed roadsters. KL+West Norfolk BUG incl social easy rides http://www.klwnbug.co.uk
All the above is CC-By-SA and no other implied copyright license to Cycle magazine.
Top

I have used a second Mudguard loop ( the bit that usually sits under the Mudguard that the stays fit in) on the end of the stays above the Mudguard with an LED attached.

Probably illegal but even as a retired Police Officer I would much rather see a light than nothing.
Top

I have a Smart rear light with a belt clip (like this: https://www.amazon.co.uk/dp/B00VMGAV7S/ref=dp_prsubs_3) mounted on a pannier loop - a thin slice from a narrowish inner tube stretched over the light and the hook of the clip is enough to stop it jumping off.
Top

Beware any rear mudguard light that has the switch pointing horizontally backwards - it’s too easy to flip it on by mistake if your bike lives with others.
Top

Hey, that's a really smart mount - can I ask what thickness alloy you used?
Top 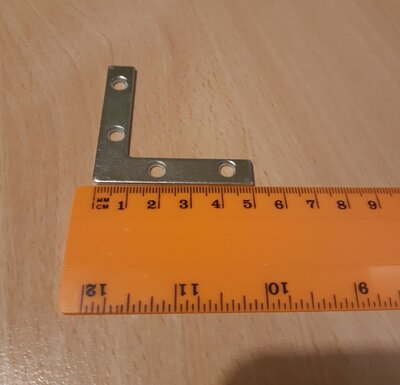 IIRC those brackets are commonly known as 'flat corner plates' or 'flat corner reinforcements' by ironmongers.

Pinch a front mudguard mounting bracket from some old gourds and rivet in on.
That has me thinking and I bet the slide on one for rear SKS would work as well. The fabric loops on small bag always allow the light to illuminate the floor very well but a cable ties can adjust nicely.
Top
Post Reply
58 posts