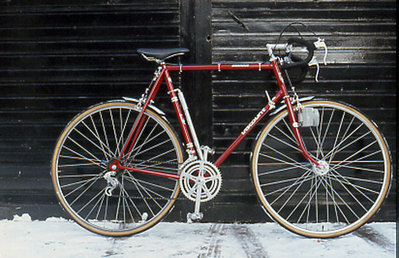 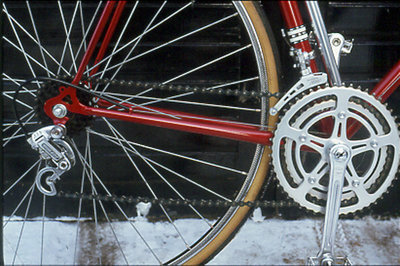 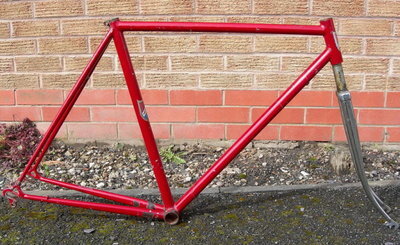 I recall being at school in the late 70s and finding an old bike frame on a local tip, it had layers and layers of paint on it. It sat in my dads garage for years waiting to be restored but never did. He had a bit of a clear out and threw it away sometime backin the early 90s

Not that I think it was a Viscount or anything but your story of having your bike stolen back in '83 reminded me of lost items from our past. I wonder still now what that frame was that I had? Hopefully it was just a crappy old BSA and not something special.
Top

Wow, those Sebrings had some nice bling on them. The one for auction in Sydney went for $130 and finished with 26 bids, which is pretty fierce for an ad that had two crappy pics and was pick up only. The owner said it had Shimano 600 derailleur, SR stem and cranks and Ukai (?) hubs. Pics attached FYI. b 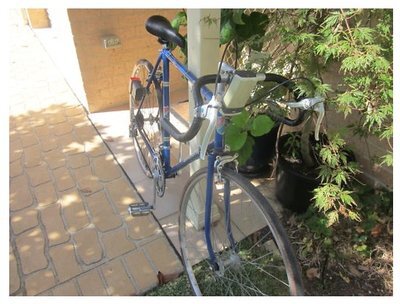 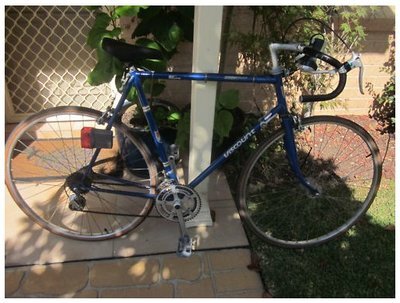 The more we talk about Viscounts on this thread the more material ends up on the net about them. Thats probably helping to push up the price worldwide. I checked that one out on Ebay Australia over the weekend myself Bendo.
Top

True, but without the net I would never have learned where to buy stickers! (and other bits). b
http://feelofsteel.blogspot.com
Top

There isn't really an answer to the likelihood of the price of Viscounts rising the more we talk about them. The alternative (as far as I can see) is not to talk (or even to rubbish the bikes) or to operate a sort of secretive cartel to rig the market and keep general prices down. Not very attractive ideas. The prices are rising a bit, from a very low level, and have a way to go before reaching Hetchins / Rene Herse heights. It cuts both ways since more knowledge about the bikes might avoid people being ripped-off by the odd unscrupulous vendor (for instance describing a Taiwanese Viscount as 'Aerospace').
Top

I'd be real obliged for any info' and a value for this one as I'm going to sell it, probably on ebay.
It's totally original, even the tyres have never been changed. My brother purchased it new around 1980 and hardly used it. I purchased it from him around 1983 and rode about 50 miles on it. It has spent most of it's life stored in my garage. It isn't mint but very clean for its age. Whats on the various components is (I'm not bike savvy so I hope the description is clear enough):
Brakes are Shimano Torneau with little black levers to open them from the rim, Shimano on levers and Shimano Dee 50 on pulls.
Hubs are marked Shimano VIA ED, wheels are marked (original oval stickers) Aluminium Rim, SHURMANN, 27" x 1 1/4", West Germany. Tyres are Michelin Speed.
Cranks are marked SILSTAR with SR SAKAE on the end caps. Chainwheels are marked SR. The pedals are marked W Germany. Rat traps are French with Record on black leather straps.
Gear selectors are marked Shimano Altus LT, selector levers Shimano.
Handlebars are marked ITM Special with Viscount on end caps. The part they clamp in is marked SR.
The frame is marked 'Hand made in England' with various stickers including Grand Prix on the front of the crossbar.
It is a twelve speed with frame number 56253. 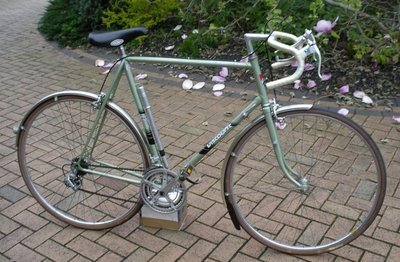 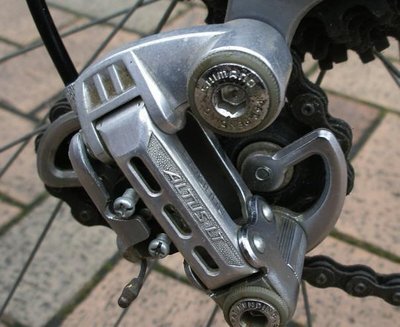 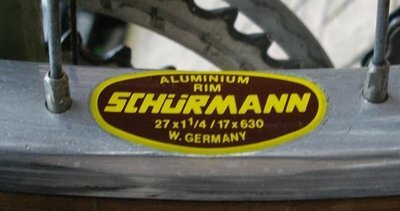 Lovely bike in excellent nick, thanks for posting pics. I don't know that much about the whole Viscount marque, and my interest is mainly in the older Aerospace frames. However it's interesting that it says "Made in England". I thought that by the 80s Viscount was owned by Yamaha and was making all its frames in Taiwan. Maybe I've got the history wrong and it was only the cheaper bikes... I'm sure the others here can set me right. b
http://feelofsteel.blogspot.com
Top

He may have purchased it in the late seventies, I can't remember exactly when. I do remember my brother telling me it was made of aerospace bar when he purchased it. The dealer made a big thing about it. I just spoke with him and he confirmed it was sold as an aerospace. He reckons he might still have the purchase invoice, he's going to look for it.
Top

Thanks Busaste. I think I'm finally getting a picture of Viscount history in my head.
I agree about listing the bike here. You're as likely to get a good price as anywhere. Otherwise eBay with no reserve and a minimal opening bid is sometimes a good way to engender interest that can turn into a last second (literally) bidding war.

I would keep it.
Top

My Aerosopace Sport has sealed bearings that are an interference fit in the bottom bracket shell. Does anyone know whether the shell can be threaded to take a modern sealed bearing cartridge?

Background: I managed to find a NOS 8speed chainset to replace the worn SR APEX chainset that was put on the bike many years ago, but found out too late that it is designed for a 110mm spindle. The original spindle is about 122mm, but I didn't realise until I'd removed the old chainset and tried to fit the new one.
Top

Thank you all for the replies. The knowledge here is fantastic.
I think I will take your advice. I will buy a pair of new tyres for it, clean and oil the chain and chain wheels and try to use it for a couple of evening pleasure rides a week. I haven't ridden it for twenty+ years but still remember enjoying the very few rides I had. Reminded me of when I was a school kid and also what it must be like to have a heart attack. The first ride, I got half way up a hill, stopped by a farm gate and hung over it trying to get enough air in to my lungs. By the third ride, I could get all the way up that hill without a problem. Trouble was on the return, some idiot car driver nearly knocked me off and I never rode it again. Let's hope I have better luck this time. Thanks again for the help.
Top
Post Reply
2780 posts