Many years ago I acquired a few stickers with CTC logos on them. They have done sterling service on mudguards, and are a good advert for the club. I have searched the CTC site and Wiggle/CTC for replacements with no luck. Does anybody know if these are still available, and if so where?
Top

Hi Loomis - I've got a few to hand. Please feel free to contact me at the office - matt.mallinder@ctc.org.uk

All the best
Matt
Top

I suppose that's going to be stickers with the current logo on, rather than waterslide transfers with the winged wheel on?
(

Yes, the winged wheel is a classic! I find it much more attractive.
Top

My guess would be that these stickers are NOS found in some long forgotten storage box from Godalming.

It's an educated guess based on this thread: viewtopic.php?f=6&t=25603

It sounds like a new batch are being ordered, I'm not guessing whether or not Wheelie is amongst them

On a tourer or recumbent, the Winged Wheel added class, the modern "logo" doesn't, it is a cheap gaudy mess

All my bikes had CTC badges as a matter of course, now they don't
Top

Cunobelin wrote:On a tourer or recumbent, the Winged Wheel added class, the modern "logo" doesn't, it is a cheap gaudy mess

This has rung true with me, and just chatted to the font of all wisdom - Mrs Mick F.

I was riding with some Royal Navy club cyclists the other day, just that they caught me up and we chatted for a while. I'm ex RN as most folk know. One chap with them is on the committee and suggested I join, and I really thought I would. They give you a RN jersey. 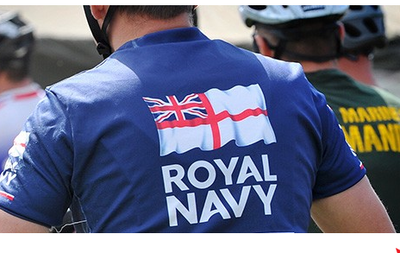 Do I really want to wear that? It's a modern logo and looks cheap. Personally, I'd prefer something discreet and not gawdy.

However, Mrs Mick F said that I often wear my Cornwall cycling jersey! That is certainly not discreet! Maybe I have double standards?