Watching a tv programme the other evening on food in the 50s made my wife ask me what I took when hostelling in the late 40s early 50s as I had told her I always self cooked. I cannot remember. I know most things were rationed so how did we get on? Anyone out there old, like me, and can help me to recall this. My first hostel was in 1946.
Top

Well my hostelling memory goes back to the mid fifties, and I seen to remember just taking any normal food that we could get. So white bread, marg and jam with an egg and sometimes bacon for breakfast. I don't remember using porridge, but I'm sure that would have been an option. Sausage, real mash and beans or tinned stewing steak, potatoes and tinned carrots for dinner. Then the ultimate luxury - tinned peaches for the rich or tinned mixed fruit salad for the poor! Tinned fruit and veg were all that was readily available out of the domestic season, and you could get small tins for individual portions. Milk could usually be bought at the hostel or a nearby farm. Full cream milk carried from home in a bottle on the handlebars provided butter and skim by the time it was used. Lunch was more white bread with sandwich spread and a little grated cheese, or little jars of potted meat or fish, but I preferred peanut butter and marmite. And home made cake. In season, anything from the hedgerows - the modern fad for "foraging" is nothing new. I rode from Aberystwyth to Northants one impecunious autumn by eating a quarter mile of hedgerow every now and then.
The early sixties introduced dried food - milk, potatoes, veg - lighter to carry but never as tasty - and a better range of fresh fruit.
When did we have condensed milk in tubes? Milk and sugar in one convenient package....
Top

Not hostelling, but my parents were bike racing in the rationing years, and often stayed in "digs" (B&B). I still have letters saying things like "I can provide porridge and bread and jam for breakfast, but if you require eggs, please bring them with you and I will cook them for you"

Now when I hostel, I see (and hear at full volume) parents offering 3 or 4 different choices of cereal to the offspring who then throws a tantrum because they can't have coco-pops or somesuch.
Top

before my time but must have been a wonderful time - not much traffic? certainly not the glib worldly wise attitude of globe trotting to the far reaches of the world we have today. Must have been real adventures even close to home?
Top

Yes, it was the days of a good network of youth hostels where you had to arrive "by your own steam".
No big car parks full of coaches (and cars).
Thinking back we must have had fried potatoes and baked beans for supper.
Top

I was in the YHA. The local group used to organise a weekend away every weekend. One weekend it was cycling the next weekend hiking. If I recall correctly Youth Hostels had to be available within a days hike from each other. Therefore about every 12 miles there was a hostel of some description. The big ones like Macclesfield or Buxton used to hold dances on Saturday nights. Wonderful times.

Same as bigjim but in south London in the early 1950s. We also did a working party at our adopted hostel once a month. (Adopted because the older members found the village pub sold Merrydown cider by the glass very cheaply - I was too young to join them).

Our favourite evening meal was spaghetti in tomato puree with sausages but over a weekend that included Christmas Day visit we had a tinned whole chicken.

I started hostelling back in the late 60's, even then the roads to most hostels were pretty deserted. Those were the days of having to to your 'chores ' of a morning and sleeping under old army blankets, many a frosty night in unheated dorms!

I vividly remember raiding my mum's larder usually leaving the house with half a dozen tins which weighed a ton. Generally we all took a tin of fruit each (packet custard or angel delight if you were poor!) and we'd make a huge bowl for 'afters'.

And reinforced this with a huge fry up the next morning, usually sourced locally from a farmer who would sell us eggs, ham and maybe even a few onions. We generally took sausages, which were the worse for wear (as I was myself at 16, after five pints of ale!) after half a day in an old saddlebag.

And no TV! I remember it all very fondly, we even rode 60 miles out and the same back to a annual cycling dance in a hostel, where I was lucky enough to get my first kiss

Bring back lots of memories. We had very little money in early 1950's when I covered most of Scotland and bits of England using proper hostels tho' sometimes we kipped out in sheds,barns or anywhere we could get shelter. A fire was essential as we had only our cycle capes to keep warm! We seemed to eat tinned beans quite often but we also pinched potatoes from fields sometimes and I do remember catching fish on Skye once. After a night in a road workers caravan on Skye we had no food left and cycled to Portree where we discovered it was a "fast day" (yes really) and the only shop open was a bakers where the only edible thing left was gingerbread. It was a long hungry road to Staffin. Oatmeal was a staple I remember which was made into brose. I could go on for hours !
Top

bigjim wrote: If I recall correctly Youth Hostels had to be available within a days hike from each other. Therefore about every 12 miles there was a hostel of some description.

There were certainly a lot looking at the list of past hostels here. http://en.wikipedia.org/wiki/List_of_pa ... _and_Wales . Looking at current hostels they don't seem a days hike apart but most a days bike ride at least. Anyone remember the Selby hostel, a barge on the Canal? 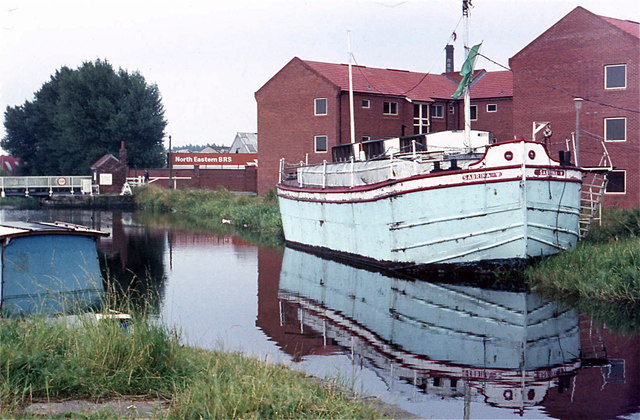 There seems to be a few missing from that list as well.
https://www.facebook.com/North-Manchest ... _todo_tour
Top

pete75 wrote: Anyone remember the Selby hostel, a barge on the Canal?

There was some good documentary footage including an interview with (IIRC) some of those who started the hostel in a documentary I saw not too long ago. BBC 4 I think. These things do get repeated so I'll keep an eye out.
Top

many a frosty night in unheated dorms!

The mens' dormitory of a hostel we visited one winters night had a tiled floor. It had rained during our ride out and then went extremely cold overnight. Next morning our wet shoes had frozen and were stuck to the floor.
Top

bigjim wrote: If I recall correctly Youth Hostels had to be available within a days hike from each other. Therefore about every 12 miles there was a hostel of some description.

There were certainly a lot looking at the list of past hostels here. http://en.wikipedia.org/wiki/List_of_pa ... _and_Wales . Looking at current hostels they don't seem a days hike apart but most a days bike ride at least. Anyone remember the Selby hostel, a barge on the Canal?

Ah yes I stayed there when I was 18 on a major trip ( lol ) from Lowestoft up to Yorkshire and back. This was summer and not only was it too hot inside but also lacking in air. The picture u have makes it look a bit moth eaten when I visited the paint was better ( or memory maybe ). Saltburn by Sea used to have a nice mansion as a YHA - with paintings and stuffed animals or maybe fish in glass cases I think. I remember Thixendale - an 19C old school in a village in the wolds - very basic but I could afford this prices - these days? Nedging Tye in Suffolk an old wooden mill sold off for profits to some London yuppy. That wiki is quite shocking to read. Malton I think is the name and place used to have a Scots guy as warden who woke people up in the morning with a record of bagpipes at full blast
Top
Post Reply
28 posts