Anything about use of this forum : NOT about cycling
Post Reply
75 posts

This is the latest as of now.

Four moderators, as of now.

Whatever the inventor's intention, this bit of the software is largely a labour-saving device. The system of requiring new members to submit a post for approval has certainly stopped a lot of the spam that used to appear almost daily eg with the same post repeated on every subsection offering all manner of stuff. I suspect it must have been a sickener for some spammer to go to all that trouble, just to find that their handiwork was automatically reduced to a joke.

On things like swearing, the only way to look at it IMO is to think of the environment you want to create, rather than a set of rules about what's ok and what isn't. AFAIK, Part of the stipulation from the ctc high command when the new forum was launched was it should be family-friendly. This needs people to act grown-up, rather than test the limits with 'adult' material and then come all over innocent when they fall foul.

If we want to avoid the equivalent of hand-to-hand fighting, then people have to be careful. This is perhaps the most difficult to control because a skilful wind-up merchant can get somebody sent off using subtlety.

As with anything automatic, there can be problems but this is one area where I think there's a better chance of a friendly resolution via PM's to the forum staff rather than public protests. If that fails, as I've already posted, volunteers to moderate are a lot harder to enlist than prolix forum members.
Top

Any road up, I'm off down the pub!

....just so long as you leave the word "tits" alone

In Another Place, I used to get utterly micturated-off by having to type workarounds like "I watched a pair of Parus caeruleus feeding in our garden today..."
Suppose that this room is a lift. The support breaks and down we go with ever-increasing velocity.
Let us pass the time by performing physical experiments...
--- Arthur Eddington (creator of the Eddington Number).
Top

In blue, but unlike mine assigned with the rank of moderator.

Ahh, I see now. Stealth moderator it is then

Mick F wrote:Any road up, I'm off down the pub!

The difference between grown up and adult.
Top

Since we're on the subject, I just thought I'd take a peek at my former bête noire, Stargazers Lounge, where I think I may still be Persona Non Grata (a shame for me because it's an excellent forum - just a wee bit top-heavy).

Aha! I see they've pruned their Moderators list down to 34 - which is a lot less than the 56 they had a few years ago. That alongside the six Admins who no doubt labour hard to keep everything running smoothly.

Ah well: they do have 58,728 members. A shade over double what CUK forum has. I suppose that does make a difference....
Suppose that this room is a lift. The support breaks and down we go with ever-increasing velocity.
Let us pass the time by performing physical experiments...
--- Arthur Eddington (creator of the Eddington Number).
Top

How many are dormant?
Entertainer, juvenile, curmudgeon, PoB, 30120
Cycling-of course, but it is far better on a Gillott
We love safety cameras, we hate bullies
Top

Returning to the OP topic, why does brexíteer get autocorrected to supporter of brexit and not brexiter, while remoαner goes to remainer and not supporter of remain? It's just perpetuating the overwordy remainer myth, isn't it?
MJR, mostly pedalling 3-speed roadsters. KL+West Norfolk BUG incl social easy rides http://www.klwnbug.co.uk
All the above is CC-By-SA and no other implied copyright license to Cycle magazine.
Top

Well they used to have one who was worse than dormant - he was dead. His name remained on the list for some years after, but has thankfully now been dropped.

I remember that person's posts - he was a really decent guy and regularly made entertaining posts. He described his progress in coping with his terminal cancer, in a way which should be an encouragement to all. Of course it got him in the end

.
Suppose that this room is a lift. The support breaks and down we go with ever-increasing velocity.
Let us pass the time by performing physical experiments...
--- Arthur Eddington (creator of the Eddington Number).
Top

Mick F wrote:............ there is a steady trickle of spam ranging anywhere from false passports down to drugs, training shoes, dating agencies, and strange stuff full of Chinese writing. 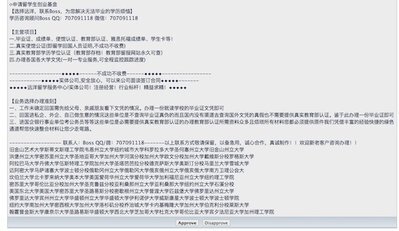 If I change a post of mine a little text appears: "changed xx times, last change (time, date)

Might be good if a similar text were shown when a moderator has changed something, anyone agree?
Entertainer, juvenile, curmudgeon, PoB, 30120
Cycling-of course, but it is far better on a Gillott
We love safety cameras, we hate bullies
Top

I believe such a feature already exists and is used by Graham. I do not know how long it has been in place, nor whether Graham makes use of it on every post that he edits.

I'm certain that it takes extra time and effort and since the Mods are volunteers I'd rather not give them extra hoops to jump through.
Top

Might be good if a similar text were shown when a moderator has changed something, anyone agree?

I can't remember when the automatic "last edited by" line came in a feature; perhaps it was when being able to edit a post became possible - when the "new" forum was launched. I noticed during the time I had moderator facilities as a spambuster that if I edited somebody else's posts that that note did not appear and IIRC when I pointed it out, this was altered.

Incidentally, recently I was mystified when an old post by Edwards appeared on my unread posts list with a similar line saying "last bumped by..." and the post showing a new time and date. This extra line hadn't simply been typed in (it didn't show when the thread was quoted) and Edwards' profile showed that he hadn't been active for several months.

FWIW, I did link to it from another thread and after a short time the "last bumped by" line disappeared but the new time and date were still displayed on the post
Top
Post Reply
75 posts