Use this board for general non-cycling-related chat, or to introduce yourself to the forum.
Post Reply
48 posts

661-Pete wrote:We've had a rat problem for some years now, but only in the garden so far, thankfully. They seem to love the compost bin - probably because (a) it's warm, and (b) there's lots of edible (?) stuff in there. They chew holes in the side of the (plastic) bin, which I then have to patch up with pieces cut off tin cans.

I've tried setting rat traps - the traditional, spring type, I'm afraid. I have no sympathy for rats, and if they get caught at least it's a quick death.

Well, I caught no rats - but I did catch a woodmouse in one of the traps, which I was a bit upset about, I wasn't out to kill mice in the wild. But that's what happened.

I then tried laying poison. I saw the rats come and take the bait and carry it off, but I've no idea whether they ate it or not. They came back for more.

So no go. The rats haven't been around for some months now (that's tempting fate!

). If they return, should I call in the pros? Rentokil? Pricey!

Someone with ferrets and terriers may well do better than the likes of Rentokil.

or fox. probably why dont see many here in streatham. lots of urban foxes this away. a couple of years ago I saw one walking nonchalantly down a side road behind a pedestrian
Top

Mouse season has started early here this year. There are also lots and lots of mice out there according to the experts that know about these things.

September's tally: two caught in the cellar and one squished in the kitchen. We have never caught mice this early in the season before.

I might just put some traps in the woodpiles and outhouses today.
So long and thanks for all the fish...
Top 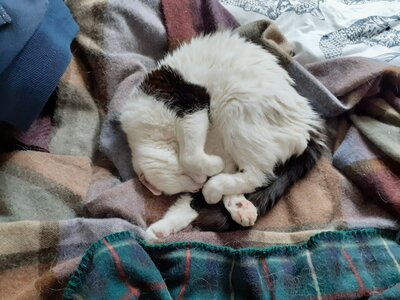