Shopping on the High Street

Use this board for general non-cycling-related chat, or to introduce yourself to the forum.
Post Reply
58 posts 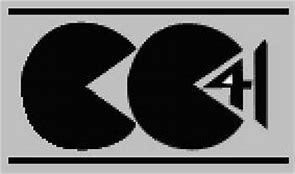 I fancy that if you showed that to some people, they would say it's on pacman biting another's btm
Top

Hi again Al, I never knew about Utility Brand Clothing, new to me. But the furniture is well founded in my grey sponge, as it's ply-wood panel construction was quite well thought out!
By the 21st Century you couldn't give it away, had to dismantle all of my parents bedroom stuff up when they died, seemed such a waste, far better than MFI, Ikea etc

.
Even G-Plan stuff was burnt for years, but of course now it is seen as desirable. Enjoy bucking the trend, live in comfort rather than in so called style!
As for M&S, I visit roughly once every 10 year, well I like their underwear. But bear in mind that I do actually was them more frequently

thirdcrank wrote:I thought shirts with a spare collar were made in Wakefield. I can even remember most of the commercial

Double Two is the shirt for you,
Many fine fabrics, Terylene too.

When there is wear you can fit this spare...
Double Two.

PS I've been on youtube and among loads of Double Two ads I've found that song, with more lyrics than I remembered.

Wasn't he the one that told Morgan they needed to modernise?
Top

francovendee wrote: ... Wasn't he the one that told Morgan they needed to modernise?

I can't remember. It was a popular series and he seemed to be able to get to crux of problems in a very calm, almost gentle manner. No confrontation.

The only other episode which really sticks in mind was when he inspected South Yorkshire Police. The then chief constable, Richard Wells was filmed briefing senior officers and he remarked along the lines that Sir John would run a ruler over the force then give it a clean bill of health. The reality was different. A detective was shewn preparing a report on an ancient typewriter typing with two fingers. The superintendent was asked why he did not at least employ a temp to clear the backlog and he had not the authority to do so. It emerged that the only budget the superintendent controlled was for torch batteries.
Top

thirdcrank wrote:The entire world of traditional retailing has taken a beating and there's probably worse to come. A readiness to change will help some firms to survive and possibly prosper but IMO M&S epitomised what I'll call institutional arrogance and that was personified in the late Sir Richard Greenbury.

I don't know enough about M&S to comment on the arrogance, but I don't think their predicament is entirely of their own making. Their market has largely disappeared and if it hadn't the global supply chain would have made it an impossible one to cater for.
It's sector of the market was those prepared to pay a bit more for something of better value, the principle of using British suppliers reinforced that. What happened is the cheap stuff got better, peoples ideas of value changed and the price gap increased considerably. Primark understood this (Littlewoods also seemed to have started to grasp it - so Primark bought and closed them), if people want a new winter coat every year, then the added value of one that'll last ten years is zero. I don't know how M&S could have competed with this, it's a middle ground that people aren't interested in, they'll buy cheap or high end. They did try a bit of a fight back, urging shoppers to "Look behind the label" but it seems the only label they looked at was the one with the price on it. This is very evident in clothing, but plenty of other examples across the retail sector.
People go shopping as a leisure activity, they go shopping to buy something without knowing what, rather than deciding what they want and go looking for it. The likes of Aldi and Lidl have done very well out of it, the quick stock rotation is designed to encourage impulse purchase.
I worked for Littlewoods in it's last years, well down the chain in distribution, in the time I was there it's imports from China went from less than 10% to over 80%. The quality control also became consistent, in a few years it went form rejections being frequent to so few that the quarantine area got re-purposed for something else. You're right that retail has changed, IMO not for the better and it isn't the retailers but the shoppers who have driven it.
Top

Al made the point above that he likes to see what he's buying and he's not alone in that. AIUI, it's becoming more common for people to order two or three sizes of the same thing so they can send back what doesn't fit or suit them. I don't buy stuff intending to send it back, but I've noticed that a return label + return slip giving reasons for the return seem to come with most stuff I buy on line. Shoes/ boots are the most obvious items you would want to try and online retailers seems to emphasise the ease of returning their goods.

The point about recreational shopping is a good one, but lockdown has affected that. I remember a few years ago listening to an interview with somebody running a big retail park and he was predicting that in future his shops might be only showrooms, with people paying to look at stuff before going home to buy online. The rate of closure of retail parks suggests to me it was wishful thinking.

Another point about traditional shops was that experienced staff were able to give advice on what to buy, although that was often affected by the prospect of commission. The trend to a part-time, minimum wage, inexperienced workforce has ended all that. M&S used to be renowned for looking after their people, but that was too expensive.

Al makes a good point about designer brands, but prominent labels don't appeal to me.
Top

Shopping is not leisure or fun for me, except for books, but I get lots of them free or very cheap
Entertainer, intellectual, idealist, PoB, 60097
Cycling-of course, but it is far better on a Gillott
We love safety cameras, we hate bullies
Top

thirdcrank wrote:Al made the point above that he likes to see what he's buying and he's not alone in that.

Yes, Al also highlights that price reductions make it a great time to refresh your wardrobe, that's what's happened to retail, buy because the price is right, rather than basing it on need. I'm not immune of course, though I'm quite strict with myself on a one in one out principle which tempers my impulse (Sometimes). I dimly recall some 70's comedy, probably grossly non PC, "Never mind the quality, feel the width" that's gone from being a joke to the reality.
I also note Primark don't sell online, they want you in store and I don't think it's to feel the quality. Apparently the local branch had the longest queues when they reopened.
Top

A friend who was an adult student at the time said he was "too poor to buy cheap."
John
Top

yip, "Never mind the quality, feel the width", starring John Bluthal & Joe Lynch. A small tailoring set-up, typical of so many rag trade firms, one did the jackets, the other made the trousers. Wouldn't b allowed on tv now with Bluthal as a stereotypical Jewish chap and Lynch the Dublin stitch man.
Reminds me of the "Tricycling Tailor", Ossie Dover, he worked in a workshop with another chap. Ossie's cycling shorts and plusses were the must have item, with regular ads through the CTC.
One classic true story about Ossie related to when he was a guest at H.M. Hotel Strangways? Apparently the chap who shared the work room laid his hands on a roll of grey market cloth during severe rationing, this was immediately after WW2.
Well the bizzies swanned into the premises, found the hot stuff so one of them was for having their collar felt! Well the other chap was married with children, but Ossie who was a bachelor gave the nod that he'd take the blame, what a mate!
The poet in Ossie rose to the challenge, penning - "Thoughts", a parody on Oscar Wilde's "Ballad of Reading Gaol", in his instance by O.D "Civil Servant". A brilliant piece of verse.
Who still rides in Plusses, either 2 or 4? MM
Top

Was it tj Hughes or blacklers that had the pocket money toys downstairs? I spent many a penny of my grans money down there during school holidays.

True plus 4's, as modelled by Frank Patterson, had disappeared by the time I started riding in 1968 but we all used plus 2's, just called plusses. I remember trying "breeches" from Hebden Cord which were meant for walkers but they were an inch or two shorter than our plusses and left a strip of exposed skin unless extremely long socks were used - mine were ex navy from the surplus shop. I last wore plusses (2s) around 1990. Picture is the sartorial tricyclist in about 1982. 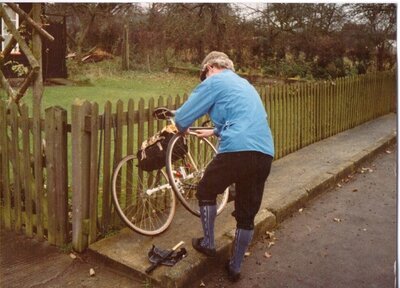 I really frustrates me that people refer to modern 3/4 length items that end just below the knee as plus 4's. obviously several generations who have no sense of history or its terminology.
Top

Hi TM, It was Blacklers! A real treasure house even up to the very end. I think it was th only place in Liverpool where you could lay hands on Wincyette bed sheets and nighties!
I forgot that you could also order Plus 6's. That refers of course to the girth of the leg just below the knee then adding 2, 4, or 6 inches of extra material. They of course were twinned with the Greenspot Jacket, very natty.
Also forgot what we called them - "Sh*t Stoppers"

I was in Harrods and Fortnums today. They were very cool about the whole situation. Fortnums were more instant about face coverings than Harrods, but everyone in Harrods were wearing coverings #firstworldproblems.
Top

Marcus Aurelius wrote:I was in Harrods and Fortnums today. They were very cool about the whole situation. Fortnums were more instant about face coverings than Harrods, but everyone in Harrods were wearing coverings #firstworldproblems.

Bet you arrived there on the Pinarello and parked it up next to Ferraris...

Do you have a penchant for labels?

Al
Touring on a bicycle is a great way to explore and appreciate the countryside and towns you pass through. Make a difference...
Top
Post Reply
58 posts