Use this board for general non-cycling-related chat, or to introduce yourself to the forum.
Post Reply
112 posts

Si wrote:Oh dear.
Today's lesson is this.
When modifying a standard gauge loco to narrow gauge...don't just go by eye and what "looks right" - measure it.
Will be spending this week widening the tunnel mouth at the entrance to the station.

Sounds a bit like the mistake made when the line was built to Hastings - the BR solution was to single the track through the tunnels.
Top

*well, at least at my level of it
BNB Community Cycling
Top

I've been doing a bit of gardening...

I thought a sentient miasma of a Quatermass kind was invading the headshunt, but I see what you're trying to do there Si. The first railway thing that set me on the road to weathering lines of mineral wagons into the wee small hours bore some resemblance to a narrow gauge micro.

One Christmas aged three or four I received a clockwork mining railway (for want of a better word). It was a one piece pressed tin construction, probably from Woolies' through which a train ran, dropping off and picking up wagons, appearing and disappearing and generally acting in a way guaranteed to enthral any toddler. If I'd realised you could create a working railway world the size of a shelf, or not much bigger than that tin hill, rather than the sprawling empires I tried and failed to achieve, I wouldn't have been away from model railways for a few decades.
Top

Yes, I'm afraid my photographic skills aren't up to much - in reality the vegetation is of a more uniform colour and less speckly, rather that the 1970's WI flower arranging evening that it appears in the image. Likewise, the ballast isn't really that light either. And given the habit of forum viewers to comment on one's domestic decor rather than what's in the centre of the picture I thought I'd blank the edges out (quicker than cleaning the kitchen

I did try to get snap of my pug but can't get the fine detail to come out...will try again later.

I know what you mean about sprawling empires and "trying to achieve" - it's taken me a year and a half to get this far, if I'd gone for something in a more traditional size then I'd have given up long ago. But, really, this one was just a practise to get my hand in again after a quarter of a century's lay off....the next one will have a little more time taken over it but be done faster...if that makes sense?
BNB Community Cycling
Top

I was thinking of the dotty vignetting effect round the layout, not criticising your flora Si. The trees look fine to me, as does the rest of the job.
Photographs always lie when it comes to models. I've seen layouts at exhibitions that bear no resemblance whatsoever to the wide open spaces in the magazine and colours are notoriously fickle to reproduce. Artificial light kills everything unless you have a few megajoules of studio lighting. I tend to stick everything near a window or outside to photograph it otherwise weathered and detailed stock and buildings look like I've thrown the remains of a paint pot over them.

A few years ago I built a shunting plank in a weekend. In close up and low down it looked marvellous, especially as here was a brilliant sunlit afternoon when I photographed it, the scene backlit and atmospheric as you might imagine. Taken in the round it looked like what it was, a rush job to try some ideas out.

Some nice micros in the new scrapbook: http://carendt.us/scrapbook/page93/index.html
Mossley Terrace is a nice piece of modern grit.
Top

The terrace is stunning, the only give away is the lack of depth of field in the foreground.
Top

The terrace is stunning, the only give away is the lack of depth of field in the foreground.

yep, I thought the right hand photo was of the prototype until I noticed the drain pipes! Rather nice.
BNB Community Cycling
Top

The first eight signals are now painted and semafore arms are being attached. Will post pictures when I'm next at my girlfriends.
Alan
Top

A sad day for the hobby, I've just heard that Peter Denny has passed away

Si wrote:A sad day for the hobby, I've just heard that Peter Denny has passed away

A great shame. He harked back to the days when men of the cloth had time to build railway empires, now they'd be running 4 parishes and a collection of social welfare groups. PD would probably be having counselling from his bishop for model addiction. Buckingham is in his flat in Truro and AFAIK part of the fixtures and fittings.
Let's hope it isn't torn up like so many before.
Top

Some years ago I was admiring an O gauge layout at an exhibition when this vicar comes up next to me and starts talking with the operator. Then this reall lovely engine gets passed across the layout. He catches my eye as I was admiring this engine, smiles and says hello to me. I respond likewise and then to open conversation ask him what this connection between vicars and railways is all about? To which he replies, "Simple! They both get you to the right destination!"

And here they are! Two down and six more to go. 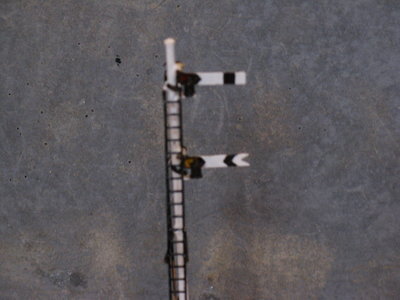 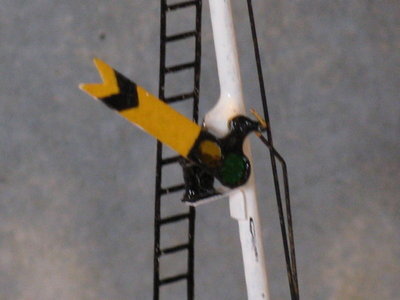 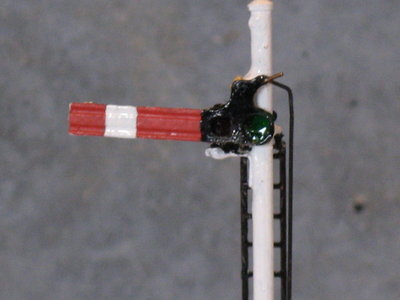 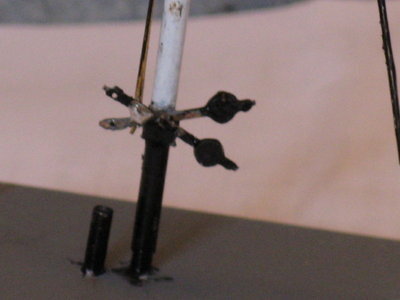 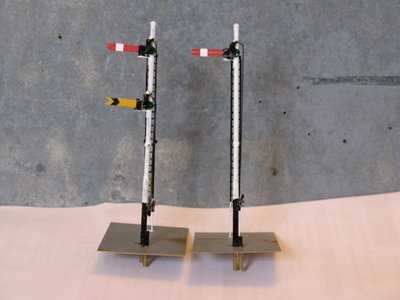 Nice signals. One of my earliest memories is looking over a bridge and seeing a semaphore signal lift and the delicious anticipation of hearing a faint huff, or a plume of smoke rising before the train came into view.
Top
Post Reply
112 posts