Pictures of your bike(s)

Use this board for general non-cycling-related chat, or to introduce yourself to the forum.
Post Reply
1667 posts

My new-to-me 23 year old Raleigh Ravine - I very much doubt that it has done an average of a mile per year so far! Wanted an upright winter hack in half decent steel, but this is in such immaculate nick that almost too good to use! Everything as per catalogue and all bolts etc completely free. I guess 10 x the 70 quid I paid would have bought me something a bit better...

Such a comfy ride.
Top

, but have passed many for peanuts because I just have two many already, (need more space) but if complete and I have several of that era I am always tempted, unfortunately the 46 - 48 T top wheel of some of the early ones is two high for my task.
NA Thinks Just End 2 End Return + Bivvy
You'll Still Find Me At The Top Of A Hill
Please forgive the poor Grammar I blame it on my mobile and phat thinkers.
Top 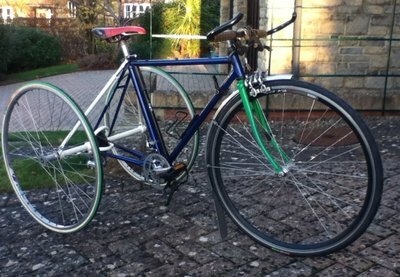 Decided that my Ravine (above) IS too nice to dress in 'grds and use in nasty weather. My Tricross flat bar mtb geared every day bike needs replacement shifters, a saddle (taken for the Ravine) and a new front OP rim. I have a new rim, but giving that a notional "value" of 30 quid, I'd have to spend at least £70. So much cheaper just to buy another complete bike.

Swopped carbon bars and bar ends and 'grds from the Tricross on to it.

Reasonably priced at £41 I thought! The as new WTB saddle would have cost me 25 quid! And the Crank Bros seat post and stem a nice touch!
Top

The bike was MrsR2's MTB from way back when,then was used for a few years by one on our S in L's to commute on,then the rear wheel got trashed when the chain went in the spokes.
It then languished behind the workshop for a couple of years sort of wrapped up in a plastic sheet until I exhumed it,when it looked like this:-

I rebuilt the rear wheel,de-stickered the frame,new chain,cassette,m/guards,tyres,h/bars,and few other bits I had in 'the box'.It weighs about a metric tonne,but is more than OK for it's intended use

What really surprised me was how well the major parts and frame had kept after being left outside with only a disintegrating plastic sheet semi covering it for so long,and it had hard life previous to that.
Rust was minimal other than the chain,and all bearings,mechs and shifters were good to mint.
What also surprises me is I've had a couple of "nice bike"

comments which leads me to believe I've done too good of a job,I intended a non descript,blend in,sort of anonymous bike,perhaps I should've fitted drops on it

"PS,is anyone else having problems seeing the pics"

What are you seeing?
I don't understand I've copied tit over from Picasa like I've done the ics of my Vaya I have for sale and the pics in the reflections thread

PS, anyone else having problems

i dont think your alone, ive seen that icon (a small rectangular box with the word "image" in it) posted in place of a photo on other threads recently. So you dont need to go to specsavers but something has changed.

I can't see any of your pictures since you started the 'reflections' thread.

Strange, thought it was just my ageing laptop

Me 2 R2 - no see photo.
If I right click and try to open it takes me to Google account and asks me to sign in.
You'll never know if you don't try it.
Top

My Hewitt Cheviot SE, in it's latest build following a repair and respray last year. It's a long story involving insurance companies and incompetent solicitors, but this bike got repaired after I was told it would be written off and I'd bought something else in the the mean time. So this build is a deliberate attempt to make it different to it's replacement.
I haven't put a lot of mileage on it since, but a mechanical on my bike of choice has seen me use it for two 200km Audax in the last two days (Merry Christmas!) It's as comfortable as my favorite bike though doesn't have the convenience of the Rohloff and it's almost as quick (Over the distance) as my lighter Audax bike. I ought to ride it more, indeed I'll make a resolution of it for the New Year.
Here it is on a Christmas Day visit to the Tissington Trail, which I had almost to myself 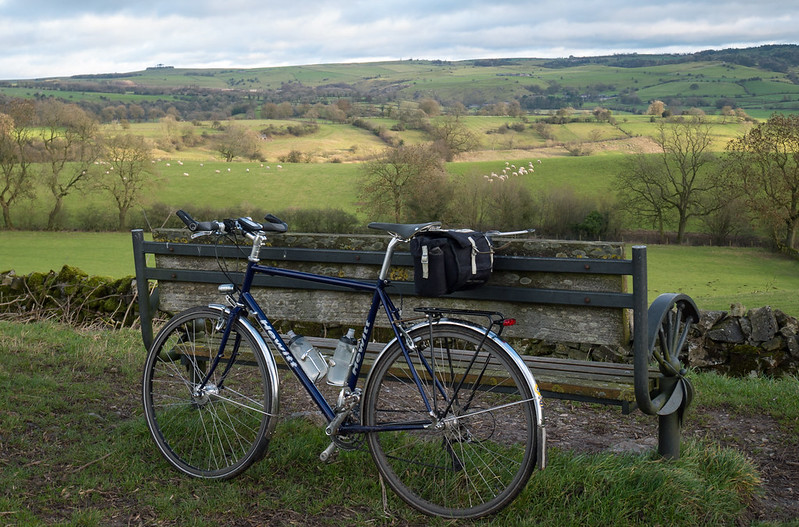 The Hack,hopefully you can see now:- 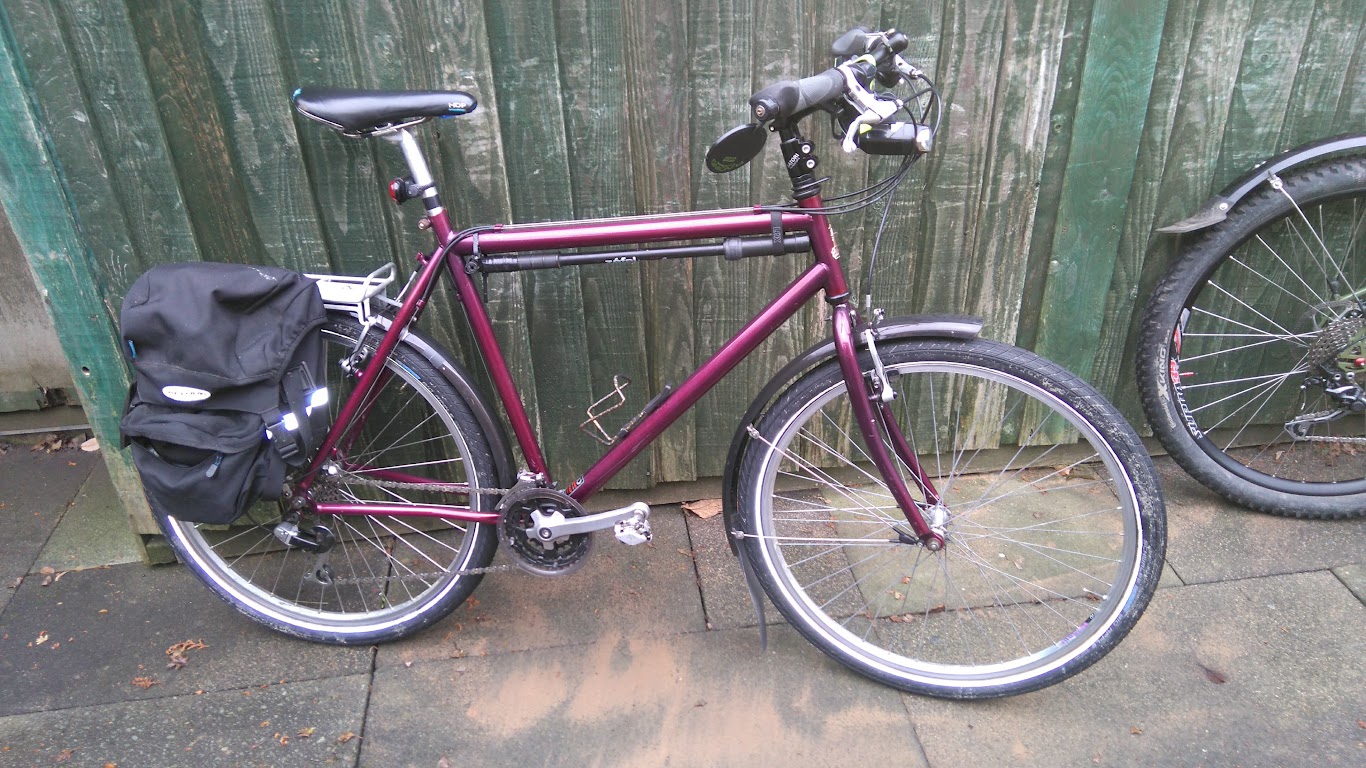