Use this board for general non-cycling-related chat, or to introduce yourself to the forum.
Post Reply
65 posts

I first burnt my fingers in a Model engineering club learnt to drive and fire. http://waltonparktrains.co.uk/ moved up to te big stuff at Dinting sadly no longer there. The society moved to Ingrow on the Keithley and Worth Valley railway. the first loco that I drove was a 3 1/2" gauge 8F then a simplex.
Percussive maintainance, if it don't fit, hit it with the hammer.
Top

iandriver wrote:......... I did drive their 38 which is the same boiler as a Hall. Talk about hurling coal to the back of the fire box. Amazing beast though, you hooked up a 7 coach set after shunting it uncoupled and didn't feel any discernible difference, it just took off.

If you're trying to make me jealous, you're succeeding.
Top

Nearly four years ago Dad turned 80 and for his birthday we gave him an evening driving on the Fairbourne Railway near Barmouth. the chaps down there were great

we were to have a couple of runs up and down the line with coaching stock off the last train, as usual folk were milling about when they realised that we were going out again, the official line was that it was a private train, Chris the driver asked if we were bothered, not at all "Everone get back on!!!!

" so they did we had a good half full train to pull" Dad had some friends up there as well and it was a great time.
http://www.fairbournerailway.com/driver-experience.htm

We stayed overnight at Einion House a B&B at Friog just down the road then the following day over to the Welsh Highland Railway frm Rhyd Ddu? to Caernafon and back. Dad was totaly whacked and fell asleep on the way home

Wow, those narrow gauge replicas (I refuse to call something that good a model) are fantastic. I've seen a few of these over the years, they never cease to stagger me how good they are, and the amazing job of work they can do pulling people along. Ta for sharing. I'll try and look 'em up if I'm around that way.
Supporter of the A10 corridor cycling campaign serving Royston to Cambridge http://a10corridorcycle.com. Never knew gardening secateurs were an essential part of the on bike tool kit until I took up campaigning.....
Top 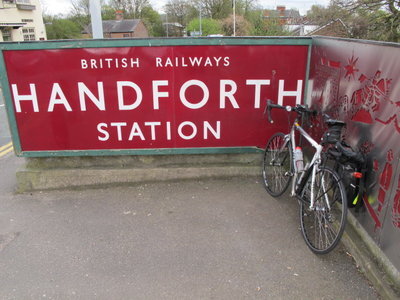 There can't be many of the old BR signs about and still in use
Percussive maintainance, if it don't fit, hit it with the hammer.
Top

Couldn't decide whether this should go in here or the "tranquil photo" posting,
tossed a coin, and here won: 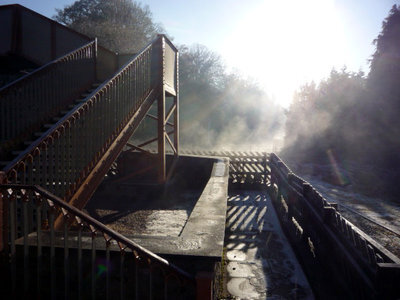 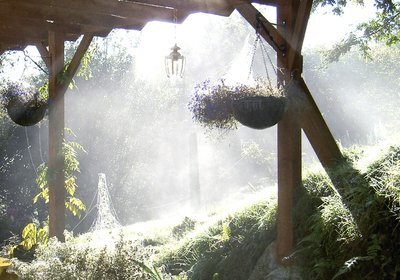 fausto copy wrote:Couldn't decide whether this should go in here or the "tranquil photo" posting

Anyway, you get the idea!
Mick F. Cornwall
Top

Which is better than getting on the wrong train.
Top

As a yoof, we lived in Newburgh, Lancs a shortish walk from Parbold railway station. Back in those days, it was called "Parbold for Newburgh".

Parbold is on the Manchester to Southport line and calls in at Wigan Wallgate station - where I used to get on after being in Wigan for the day. Trouble was, there were two Southport trains, and it wasn't really obvious which one was which. One was the stopping train, and one was the express, and they left Wigan within minutes of each other on the same line.

Yes, you've guessed it, I often got on the wrong one! The ticket office at Southport must've seen loads of idiots like me, and he'd just get you back on the next stopping train back home.
Mick F. Cornwall
Top

Off topic, but continuing from where Mick left off....

My father-in-law (living in Cheshire) decided his motorbikng days were at last over and decided to give his old Honda to his youngest son (living in South Wales).
He decided to make a family visit by train and deliver the bike at the same time.
All went well, as far as Crewe.
There, he booked tickets for him and mother-in-law and was told to put the bike in the back of the train on platform 3.
As he did so, mother-in-law got into the front.
Just as Dad emerged after loading the bike, he saw the front of the train depart, leaving the back half behind.
It transpired that the front half went off to Plymouth and the back half to Neath.
It wasn't till Mum got to Bristol that she realised there was a problem.

P.S. They were happily reunited sometime later in Hereford.
Top

I once had an Italian ticket inspector look with bemusement at us because we'd bought tickets valid on the express and were on the slow train. We don't have luxuries like cheaper slow trains here.
Top

It was my first day on a new job in Sheffield. Until I found somewhere to live in Sheffield I was traveling from Keighley. On the platform in Keighley I met an old school mate. We got chatting, he was going to London. "You'll be on the same train as me" said my mate. I didn't think anything more of it and got on the London train with my mate. As the train was pulling out of Leeds the guard announces that the train was non-stop to London. I got hold of the guard who informed me that London trains hadn't stopped in Sheffield for years!

I rode to London, crossed the platform and got on a train back. The guard on the train back wanted me to pay. I told him what had happened and refused to pay so he took my name and address. When British Rail wrote and asked me for the fare I wrote back, again refusing to pay and suggesting they announce where the train is going and where it stops before the thing leaves the station. In fairness to BR that was the last I heard from them. And that was how I went from Keighley to Sheffield via London.
You only live once, which is enough if you do it right. - Mae West
Top

Nice one Pete, but can't help wondering where you were really heading for before you ended up in Seattle.