Use this board for general non-cycling-related chat, or to introduce yourself to the forum.
Post Reply
1023 posts

seems like the UK vaccine regresses humans to chimps

For its lead, the Times says an investigation by the paper has exposed a Russian disinformation campaign designed to undermine and spread fear about the vaccine being developed at Oxford University.

According to the paper, the crude theme is that the vaccine could turn people into monkeys because it uses a chimpanzee virus as a vector.

In response, the Russian embassy tells the paper the suggestion that Moscow would conduct any kind of propaganda against the vaccine is itself an example of disinformation - and obviously aimed at discrediting Russia's efforts in combating the pandemic. 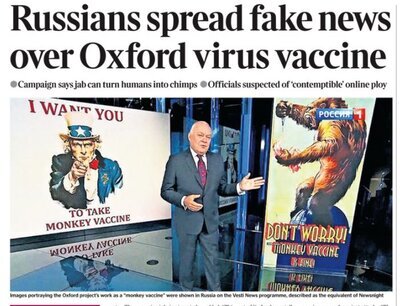 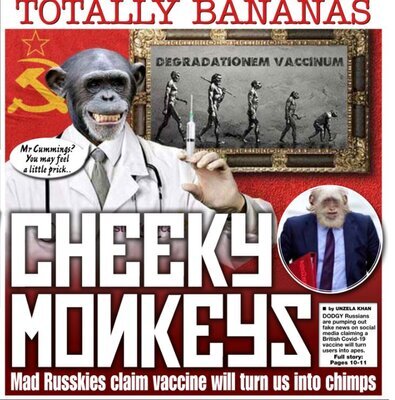 would explain a lot about Trump
Top