by bohrsatom
I'm heading to Slovenia at the start of September for a two week tour. We will start by following the Alpe Adria Radweg from Salzburg, entering Slovenia near to Villach. The plan is to take a roughly circular route from Kranjska Gora, over the Vrsic pass, through the Soca and Vipava valleys then across to Maribor and Ptuj. If we have time we'll stop at Bled before flying home from Ljubljana Airport.

I plotted a rough route here: http://cycle.travel/map/journey/48280 - just wondering if we are missing anything?

Also I'm keen to find out more about cycling in the country. Are the roads busy? We will try to avoid major trunk roads but in some areas there doesn't appear to be many quieter roads to choose from. I am hoping that given the population density of the country is pretty low we won't come across too many large trucks or busy roads.

We will be staying in B&Bs and hotels and are hoping to be able to find places on the day via the internet. Is that a reasonable strategy?

Finally is it easy to find an afternoon coffee outside of big towns and cities? A 3pm caffeine hit is an important part of a tour for me!

by Sweep
Can't answer your main question, but if your need for coffee is so desperate, as mine is, why not just pack a small bialetti type coffee pot and fire up a small stove?

by MarcusT
Shouldn't be a problem route wise, but try to avoid the major roads due to truck traffic. There are hundreds of secondary roads, just have a good GPS or pick up a good map. There are bars and cafes all over the country, so coffee is not a problem.
The Alpe Adria was very crowded last week, but should be less so in Sept.
Your routing seems a little zig zaggy, but you will see a lot. It is hilly country, so have a your granny gear handy.

Just my opinion, but Bled is more beautiful than Kranjska Gora

by bohrsatom
Thanks both. Certainly considering bringing a small stove Sweep but I want to pack as little as possible to keep the weight down

The route isn't especially direct as there are a few places I want to visit that tend to be on the periphery of the country. The forested area south of Ljubljana is supposed to be pretty so I am hoping to ride through the area, but as I need to cut about 200km off the total distance to make it achievable I might have to skip this bit.

Bled is also on the potential-skip-list but MarcusT's comments are making me reconsider...

by Heltor Chasca
Jealous. I'm keen to hear your feedback. One of the rides on my bucket list is out to Slovakia and maybe beyond. Youngest would have to be close to leaving the nest though.

by mikeonabike
+1 for taking in Bled (though I've never been to eastern slovenia so can't compare). And Ljubljana is a nice city for a day to chill at the end of your trip.

by whoof
Mrs Whoof went to Slovenia on a work trip this year and said it was beautiful. We are therefore considering it for next summer's two week tour. If you could give some feedback after your trip it would be much appreciated.

Have a great ride.

by ChrisF
Bled is nice but a bit touristy and can be busy. Jezero, up the valley west of Bled, is nicer IMO but more out of the way of your planned route. Re coffee stops, as with most places the more touristy the more coffee shops there will be, but if you plan your day so you're near a small town at 3pm you should be OK! 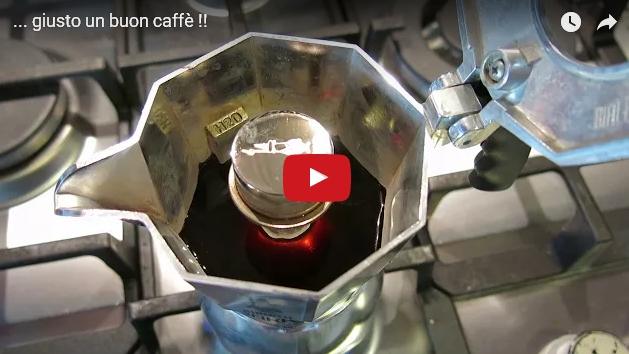 by Cyril Haearn
What about the language? I would really try to learn a bit of Slovenian, even though English might be enough

Cyril Haearn wrote:What about the language? I would really try to learn a bit of Slovenian, even though English might be enough

My girlfriend's family is Croatian, and although she doesn't really speak either language she at least knows the pronunciation. Whenever I try to say anything I can't get the words out and it sounds completely unintelligible

If all else fails we will fall back to our bike-tourist level German which is good enough to find a room, a meal and a beer. Or call her dad!

by mjr
+1 to visiting Bled. Vintgar gorge nearby is fabulous but not sure where you'd leave a bike safely.

Driving standards were pretty awful when I visited a decade or two ago. It was said that drivers took their cars to get blessed because it was easier than learning to drive better !

The language is difficult to get much further than simple greetings and thanks. 11 cases or something like that. English and especially German widely spoken, though.

by HarryD
Have done chunks of your ride especially in the west and centre. No problems finding accommodation, food or coffees. Paper maps showing all the roads accurately we never found and possibly don't exist. Google maps seem pretty accurate though. Some of the smaller roads are unsurfaced but as perfectly rideable, just like strada bianchi.

English is widely spoken and we found Germans often used it as the intermediary language. Older people were taught Russian.

My preference is for mountains, if you are so inclined, suggest you may find the following of interest. From Tolmin head for Idrija then rejoin your route. We only ended up in Gorizia by mistake (paper map with wrong road numbers, poor cartography and boy was it raining). It was OK but not what we'd come for. The hotels in Nova Gorica were expensive and targeted the gamblers in the casinos. The mountains north of your Maribor to Bled route are full of minor roads and are certainly worth a visit. Consider heading up to Solcava and the Logarska dolina. If you continue up the valley you can nip across a corner of Austria back into Slovenia. Bled is good, possible a bit busy. Think about lake Bohinj further west

by bohrsatom
Thanks HarryD for your detailed reply - you've given me a lot to think about.... I especially like the idea of heading through Austria on the ride between Maribor to Bled

Slovenia is a great place to cycle, like a mini-Austria but with a more difficult language. The Julian Alps are some of the most beautiful mountains anywhere. I cycled Slovenia for a few days back in September 2012. Picking up B&Bs en route wasn't a problem. Private householders also offer rooms. I'm sure your girlfriend knows but the word to look out for is "Sobe" for a room, although they're usually also advertised in England and German. Back then, the average price was €35 for a single. Oh, and I couldn't find any but see if you can find a restaurant serving up dormice!

I'm sure you'll have a fantastic time.
All times are UTC
Page 1 of 2
Powered by phpBB® Forum Software © phpBB Limited
https://www.phpbb.com/