Hi,
Planning to do the cornwall and devon coast and borders, to be home before the 19th jul school term ends, I hope

I intend that I will carry up to 3.5 litres of water, water for unsupported is hard work after closing time for shops etc, normally drink stream water.
Bikepacking - stated 25.2 L for four bags is actually nearer 19.2 as I measured it, marketing guff

First look was 580 miles but this not including the border of devon and cornwall, which I will have to do twice for the shortest route, figure of eight, estimate about 720M.
Next did a detailed course which followed the borders closely, and followed the coast as near as possible ignoring ferries and dead ends (culdesacs)
................890 miles

Not really wanting to be out that long and the sat nav will struggle to keep going for that long, will be taking powerpacks as I will also be camping, eating out.

I know most of devon except the part from sidmouth to seaton, the cycle route follows roads so I don't see a problem there.
Devon border east, will redo a route maybe following cycle routes / main roads and see what the total will be with a slimed down coast route.
Devon woolacombe (278) off road, anyone done this

Originally I plotted a route through Gunislake, but I might try and miss any death slopes, so a route from bradsworthy holsworthy Launceston tavistock plymouth

I will go to the lizard of course, and lynmouth illfracombe, also cycle path from torquay to sidmouth easy stuff.
Torquay to seaton to lynmouth wollacombe, morwenstow to Plymouth, then clock wise round cornwall and same route again? to plymouth from morwenstow. From Plymouth home is my home ground so will follow my nose.

Lands end- can you cycle / walk down the road or is it pay only, went there over 35 years ago and drive right down to last house, sure it was just a hut

Will post proposed route later, better get moving as I will be gone in a week, forecast looks favourable.
Ah road bike 46 - 107 " or thereabouts, yeh I know that's tough but I will walk some, gearing I can change a bit.
NA Thinks Just End 2 End Return + Bivvy
You'll Still Find Me At The Top Of A Hill
Please forgive the poor Grammar I blame it on my mobile and phat thinkers.
Top

Chat Noir of this forum did the whole SW Peninsula a couple of years ago clockwise. He did it thinking about me who suggested it on here some years previously. I've done the whole of the Cornish coast in bits since then, but I've done every single coast road.

He wrote an article about his ride. Chat Noir is the younger brother of a chap I was at primary school with and rode from Boscastle to Hartland Point with him in May 2017.

I'll try and search for the posts on here about it.
Mick F. Cornwall
Top

I’d never dream of carrying that much. Earlier this year I was filling my bike bottle and flask before finding somewhere to pitch. Got me overnight and a hot flask for a second coffee mid morning.
No cemeteries, no farms, no garages, no houses, etc on your route?
Whatever I am, wherever I am, this is me. This is my life

Hi,
Setting off on 10th jul.
OK, so on water-
In the past riding early and into the night, I have struggled to get water, as you know public toilets and taps and fountains have are disappearing fast. Have got water from a hot hand wash when desperate and crash shops sometimes and rugby clubs / whatever.
I don't do sit down eating so its just grabbing water when I can, and very often it will be streams /rivers.
I will have two 800 ml bottles on bike and probably have a bladder for backup on my back or strapped to the bike, I am using frame bags.

Camping-
I have decided on a bivvy bag and a 600 gram sleeping bag, not sure I can fit a mat in as it will be a foam one, even if its only 100 grams.
Plan to do power naps in the day and sleep for 3-4 hours in the dark, it will probably be dark when I camp, I struggle to sleep for more than 3.5 hrs overnight.
I have in the past just slept on bus shelter benches and a plastic bag on the verge with no sleeping bag.

No idea how far I will be going in one day but will be more than 100 for sure, fitness is not as good as it has been and duff leg along with untested recent med change so we will see.

So about lands end, you pay to go past the car park?

Driven the north coast a few times and its interesting and can be steep but short hills?
South coast of cornwall looks like a mine field, just noticed there are two seatons, one in each county.

Still sorting bike and whats going on it and what not to take.

Weather looks OK.
NA Thinks Just End 2 End Return + Bivvy
You'll Still Find Me At The Top Of A Hill
Please forgive the poor Grammar I blame it on my mobile and phat thinkers.
Top


So about lands end, you pay to go past the car park?

Hi,
If I'm feeling good at this point which will be more than halfway I might just walk it with the bike, walk ride anyway

I'm not on my computer at the moment so bit difficult to look, also I'm going clockwise here so I will have to pass lands end to get to sennon then walk back.

Any styles ?
Be a bummer to walk all that way and find I can't get the bike through

It can't remember any styles but it's been about 20 years. You can access via Maria's Lane in Sennen, Streetview shows this is very doable with a bike. Take the correct path (SW Coast Path) off Maria's Lane or you'll just end up in the LE carpark.
There are steps on the path but look widely spaced some probably not that steep. 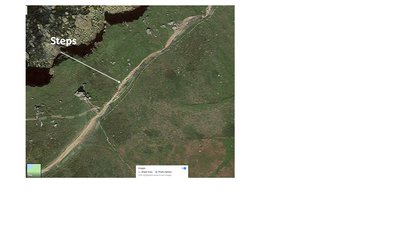 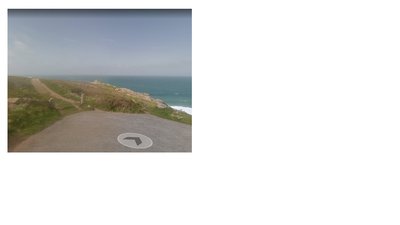 If you are going clockwise you can go down the NCN 3 which has an offroad section just at the entrance. Within a couple of hundred metres of this there are three small paths on bends that run down to the SW coast path. I'm not sure what they are like but you can assess them as you as passing rather than going on the road to Sennen and then coming back. 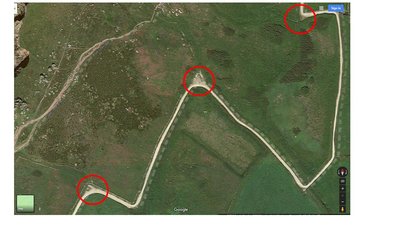 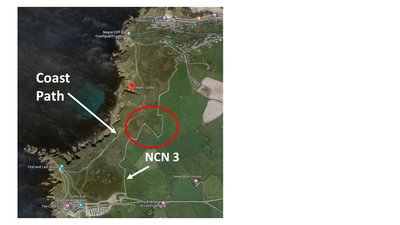 Why didn't I think of that

Hi,
So best nice route from tavistock to Hartland along the border, doing it twice remember both ways.

Will do cycle trail from plym to tav.

Mick?
NA Thinks Just End 2 End Return + Bivvy
You'll Still Find Me At The Top Of A Hill
Please forgive the poor Grammar I blame it on my mobile and phat thinkers.
Top

Good evening. With regard to Lands End, I cycle down to this historic place around once a year, and each time, I have ridden in without needing to pay. I think you will find the charges only apply to cars.
Top
Post Reply
62 posts