by ddot
Next year I’m thinking of taking the Bike Express to Bordeaux and riding up the west coast of France to Roscoff and getting the ferry back to England. We were thinking of using La Velodyssee for all/part of the route. I’ve read some mixed reviews of La Velodyssee, bit boring/busy/bad surface etc so would be grateful if anyone could give any tips on what sections to use, what sections to avoid, good alternate quiet roads etc.

This year we rode from Narbonne to the Alps and did ride some sections of ViaRhona which although had a great surface did get a bit boring at times. We will be riding touring bikes, 25mm tyres with a couple of panniers but not camping, will be staying in hotels, apartments etc. Not sure if the surface of La Velodyssee is ok for 25mm tyres.

by Morzedec
Hello, re Velodyssee,
Suggest that he route is there if you want to use it, and you ought not to have any problems with your (relatively skinny) tyres, because on a B & B tour (aka 'cheating') weight problems won't arise.
I'll also suggest that to see a lot more of 'real' France you get off the route whenever possible, stop being just a 'tourist', and head off into the quiet roads and lanes to practice speaking French - cos in the small country bars they won't speak English!
France is a great country for cycling in, for experiencing, and for enjoying - so go on, pick a quiet and and see where it goes, get yourself lost, and have some fun finding your way back to where you want to be.
Prices along the west coast can be double (or on Isle de Re treble) what they might be ten km inland, and the smell of cheap sun cream can get oppressive at times - as can all the hired campervans.

Whatever you do, and wherever you end up, France is there to be enjoyed.

We have done some Velodyssey bits but I'd recommend using the roads. They are much quieter than the UK and drivers are overall more considerate. Plus, as you aren't going down an old rail line that is hemmed in by trees, you get to see more and pass through more towns for food etc.

I dare say that someone will come back with an opposite view but is what I prefer.

by simonhill
Here is something I wrote on the Bristol to Bordeaux post, a few down.

It may offer a more interesting route than all coastal or perhaps a bit of mixing.


"There is a fairly new route that goes from the Normandy coast to nearly Bordeaux. It's called Velo Francette. Search online and you will find it

Then search on this forum for a couple of posts about it.

There are a couple of guidebooks on Amazon

I cycled some of it in June. Didn't follow it all the way as I don't like those paths, but it's a well marked route.

On tour at the moment so can't help much."

by b1ke
I pedalled from St Malo to Hendaye on the Velodysee in February this year. I really enjoyed it. Imagine it could get pretty busy in summer.

You could always start on the route and veer off if you find it tedious.

A few pics below from the trip. 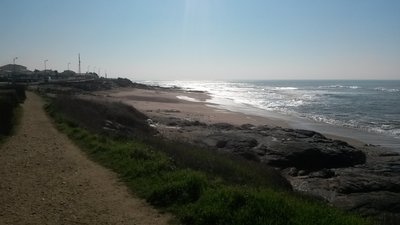 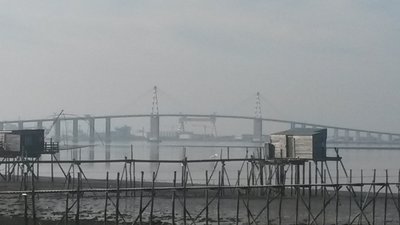 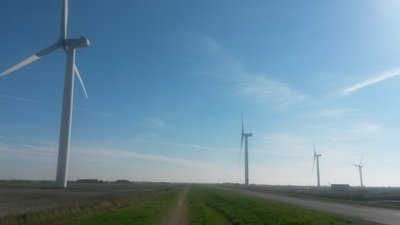 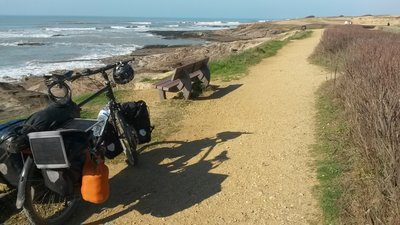 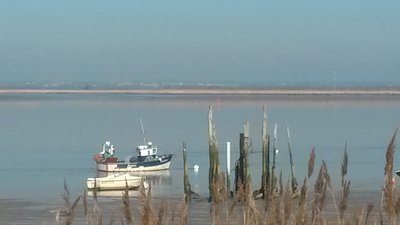 by dodger
My preference would be to cycle on quiet country roads from Bordeaux to Redon, using the Velodysee route where it looks interesting. Then follow the route back to Roscoff. I've done this a few times and have become a little bored with the canal, but it is a great route for a first-timer if you take time to visit the towns you go through or pass close to.
From Carhaix to Morlaix there are virtually no chances to eat, but the old railway track is a nice route - if you like trees! The recommended route from Morlaix to Roscoff is a bit indirect, but the signage when I last used it was pretty good.

b1ke wrote:I pedalled from St Malo to Hendaye on the Velodysee in February this year.

Looks like you were camping. Were the sites open?

b1ke wrote:I pedalled from St Malo to Hendaye on the Velodysee in February this year.

Looks like you were camping. Were the sites open?

A few sites were open, but not many. Also stayed in hostels in the cities.

by ddot
Thanks for information. We have had slight change of plan, probably starting from Limoges and picking up coast from Rocheford.

Dodger, the sections of La Velocdyssee you mention riding, are they ok for 25mm tyres, I’ve heard the surface can be a bit rough in places. Could go up to 28s and we are not camping so just panniers for clothes and sundries etc.
Cheers D

by dodger
Hi ddot. My tourer had 28mm tyres last time I did it. There were a couple of rough patches due to previous flooding not fully repaired, but overall no problem. Never had a full road bike but I guess narrow tyres are probably uncomfortable in some places. The worst patch, which I would now avoid, was from Redon to Nantes along the canal. MTB standard in many places 3 years ago.

Not sticking to it religiously tho. + I,m heading for Cherbourg, so not much use to you.

28mm better I would have thought ?

Poullaouen has two hotels and a shop, just 200 mtrs away from the VV that passes W of the village.

by robing
I got the bike bus to Bayonne and cycled home fro there. Picked up the velodyssey at Biarritz. Used it as far as almost up to La Rochelle then cut inland up to Dieppe to catch the ferry. The velodyssey is easy cycling, some parts are busy with the locals if in the holiday season. Surfaces generally good but can be quite rooty. One good tip I had was to pick up a parallel cycle route slightly further Inland - quieter, flatter as not in the ups and downs of the dunes and better surfaces not so many tree roots. Did a mixture of wild camping, camping and budget hotels like F1, premiere class. The Dune du Pilat was spectacular. I enjoyed getting the ferry from arcachon and across the Gironde.
All times are UTC
Page 1 of 2
Powered by phpBB® Forum Software © phpBB Limited
https://www.phpbb.com/