Bonefishblues wrote:You're quite close geographically, albeit oceans apart. I drove from this location through Bodmin and on to Wadebridge in about 40 minutes.

Is it Bodmin Pill, on the River Fowey (SX123537) in which case the railway is the branch to the china clay quay just upriver from Fowey itself and the woods are on the other side of the river?

It's Golant Pill on the mineral line down from Lostwithiel on the Fowey. Any tide over 5 metres and things get a bit wet:

That's the road in front of the house we were staying in.
Top

How about this one? 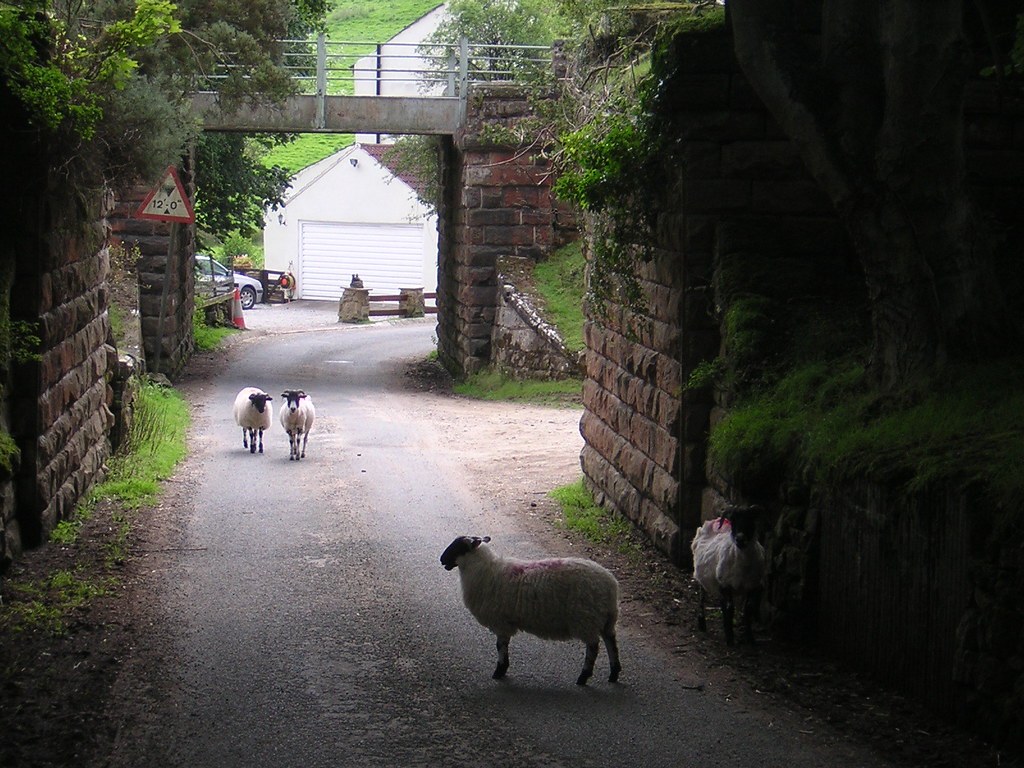 I just checked the scene on Streetview in case of any recent changes, and found that while everything else is the same except for the sheep, the height limit for the bridge has changed by 3 inches between photos.
Top

No, not there.
Top

It is in England.
Top

Based on the sheep: Yorkshire Dales?
Top

No, not in the Yorkshire Dales.
I think that is enough narrowing down of the general area - it is in England, and not in the Yorkshire Dales.
Re. the sheep, it is not only road travellers who have to contend with them. The nearest station on the railway line crossing the bridge is accessed solely by a footpath through a grazing field, so rail travellers also meet sheep at close quarters, and have to be careful not to let any slip through the gate onto the platform.
Top

Not Yorkshire? Must be Lancashire

There is plenty of Yorkshire which isn't in the Dales, so don't discount it completely.

However, there will be very few stations that only have pedestrian access in England (Berney Arms is one, but it isn't near there), and fewer still where that is across fields. The first obvious question is whether the rail line is part of the national railways or is a privately-owned line. I would assume the latter.

There is also the case of the second bridge, or presumably the abutments of what used to be a second bridge in front of that one, which I assume means a derelict separate line joined or ran alongside the other line here.
Top

Jon Lucas wrote: ... very few stations that only have pedestrian access in England (Berney Arms is one, but it isn't near there), and fewer still where that is across fields. The first obvious question is whether the rail line is part of the national railways or is a privately-owned line. I would assume the latter.

To avoid misdirection, the station would only appear as pedestrian access only on a large scale map. It is near a road and even has a small parking area, but getting from there to the platform involves a short length of wheelchair-suitable footpath through a field. It is a National Rail line.
Top

It doesn't ring any bells with me. I did wonder if it might be somewhere on the Settle - Carlisle line.
Top