Please be fair and thoughtful in your opinions. No rants please.
Post Reply
19 posts

After the furore recently (see here) a number of people have asked me what camera I use and/or would recommend.

I've been shooting for a few years and currently I use the excellent Contour Roam 2. I thought I'd put together a review with sample video for interested parties. 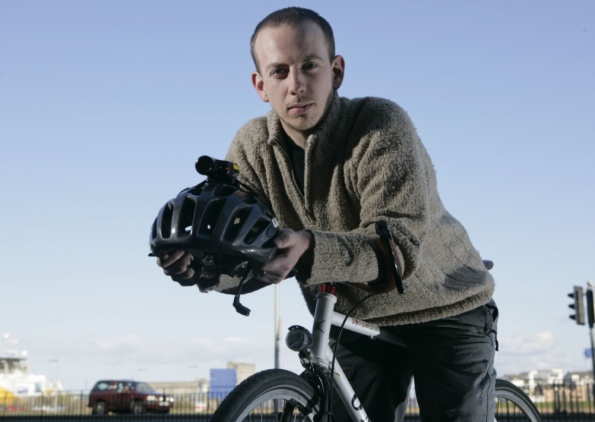 I made a separate post recently with my general thoughts on camera use, for whatever that's worth.
Top

Thanks for the review. I'm contemplating getting a bullet cam to attach to the bike or helmet for a bit of filming and the price seems right for this one. The 1gb/10min file size is massive though, is this the same for 1080 and 720 quality? You must have a monster memory card in there to film full length rides! I guess I'll need to factor in some extra dosh for a big memory card and some mounts.

My hour and quarter total commute takes up a little over 6Gb, including the dark ride home.
Factor in another £40 for class 10 card and vented helmet mount, though the camera does come with a 2Gb card IIRC.
My Youtube library.
Top

@RedVee, thanks for an informative answer!

easyroller wrote:Just checked, the Contour Roam 2 is currently on special at Amazon

Alas, Amazon don't pay tax on their UK earnings... at all. Not for us on a matter of principal (although I can understand that some won't care)

Further to my previous post, I just noticed that the photo you posted shows the camera is mounted on the top of your helmet ! And I've also now seen your reply to a similar question about the mounting mechanism on this page http://mccraw.co.uk/video-protection-on-the-roads/.

BTW, I think I read somewhere that the Roam 2 battery lasts about 3 hours before needing recharge - what has been your experience ?

Yes, I recommend the vented mount on its own. Wiggle only seem to be selling the ludicrously expensive mount pack

but eBay to the rescue as ever...

I've never tried to shoot for three straight hours, however I have had days where I've ridden for about that long without charging, and no problems (i.e. extended commute at either end of the day).

One nice thing is that it does fail gracefully, i.e. when you run out of battery it saves a valid clip then shuts down. My previous POV.1 camera would often just create corrupted clips...
Top

As Contour Plus owner one thing to note that Contours are crap in low light, to the point of being pretty useless.
They need very good street lighting in order to record anything useful.
For that reason I also have a Sony which is excellent in low light.

But in sunshine such as today it is not an issue.
Top

I was about to protest that mine is fine (you can get a number plate at night), but then I suppose Edinburgh has decent street lighting...
Top

EnquiringMind wrote:I was about to protest that mine is fine (you can get a number plate at night), but then I suppose Edinburgh has decent street lighting...

When I only had a Contour my winter video's consisted of mostly very dark/black images with some very good images when I cycled through well lit areas.

It is a shame as I really like my Contour but they seem to have missed the fact it's dark in the winter.
Top

Roam & Roam2 has auto white balance so the clips shot at night are much better now than on previous models. In the past you had to make the adjustment to the camera via a PC.

This is shot in total darkness
http://www.youtube.com/watch?v=63sEs9mCneQ
My Youtube library.
Top

Has anyone found an alternative or upgradable lens? I'd like to get rid of the fisheye, it's nice but I'm getting tired of it and want a standard view. Also if there is a nightvision lens that I could upgrade to for night rides that'd be awesome! I know that these mods would have to be 3rd party I'm just trying to find someplace that can do it.
Top

I've seen lenses on Ebay but never paid much attention to them as I had no need for them. In other news it would seem Contour are no longer as a company but hopefully somebody will rescue the company.
http://singletrackworld.com/2013/08/has ... gone-bust/
My Youtube library.
Top

I've just registered here after seeing this thread. I've recently bought one of these cameras. On the third day of using it I was taking my children to nursery - one on my bike with me and the other was scooting on the pavement. A car mounted the pavement and sped along it at breakneck speed rather than waiting for an oncoming car and in the process nearly took out the child on the scooter. I took the HD footage of the event which clearly shows the driver and number plate into the local police station and they've had a look at it and rang me to say that they're going to prosecute the driver.


The main problem I have is in finding a (preferably free) editor to cut clips from the video. Have you found anything that works well? I have tried all kinds of demo version/freeware/open source editors and none of them seem to work on the Contour Roam 2 H264 mp4 files the camera produces.

Do you have any recommendations?
Top

Not sure if Windows Movie Maker can handle MP4s but I use Sony Vegas Movie Studio which I bought off Amazon for £25.
My Youtube library.
Top
Post Reply
19 posts