Specific board for this popular undertaking.
Post Reply
11 posts • Page 1 of 1

Sustrans now have a LeJog route that comes very close to where I live (Altrincham). I have talked to two groups in the last few weeks going North to South, both have complained about the route through Manchester. Now we have some excellent routes on the canal towpaths (e.g. Bridgewater way). I would like to make a suggestion to improve the route, but don't feel like forking out £15 for a copy of the route just to make a suggestion.

If someone can share the village/town names from North Manchester down to Altrincham I will propose a better route and post it here.

I think this comes from us having cycle routes that are not Sustrans cycle ways.

It says GPX files for the sustrans route are linked at this YouTube video:

My guess would probably suggest its route55 coming in from the North and getting it to join route5.
With your local knowledge tell us how you’d get through.
Whatever I am, wherever I am, this is me. This is my life 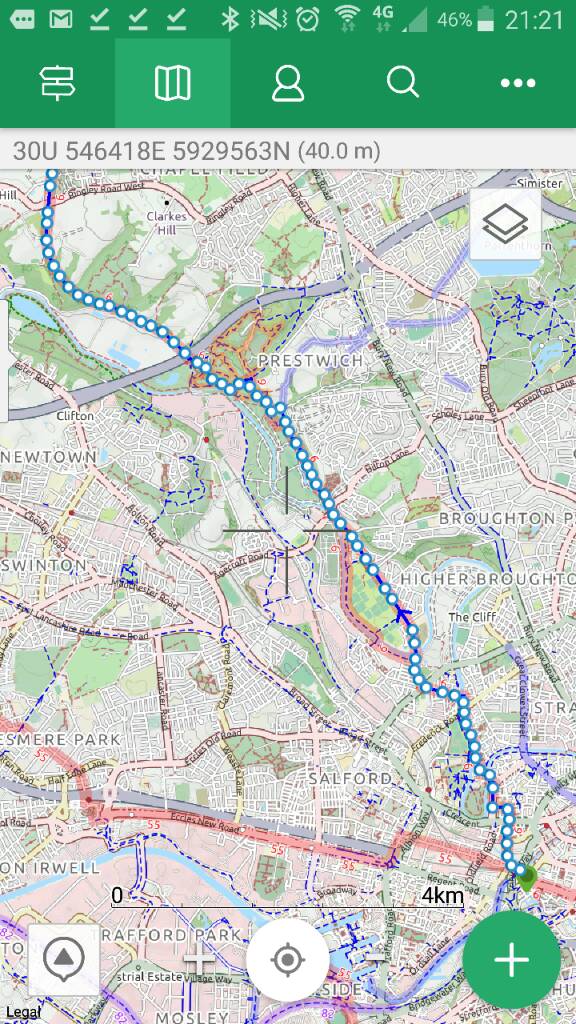 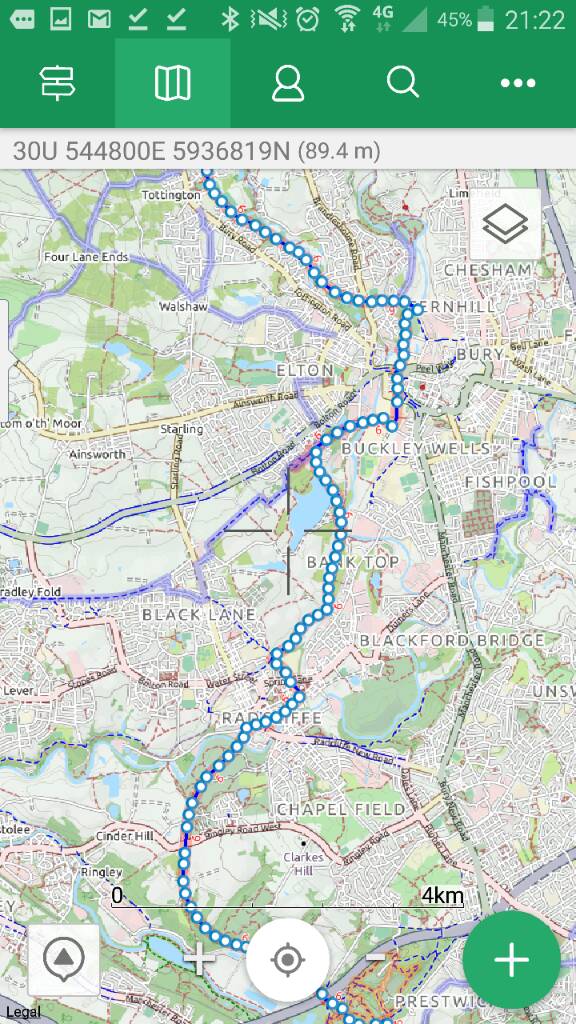 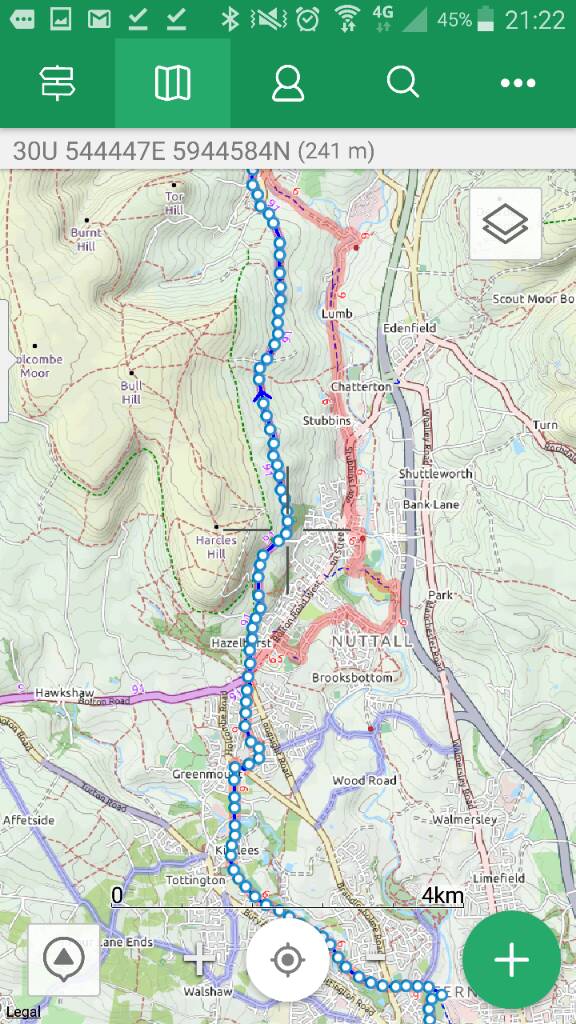 Even if you did want to go straight into the middle of Manchester (on a LEJOG) there are better ways of getting there. 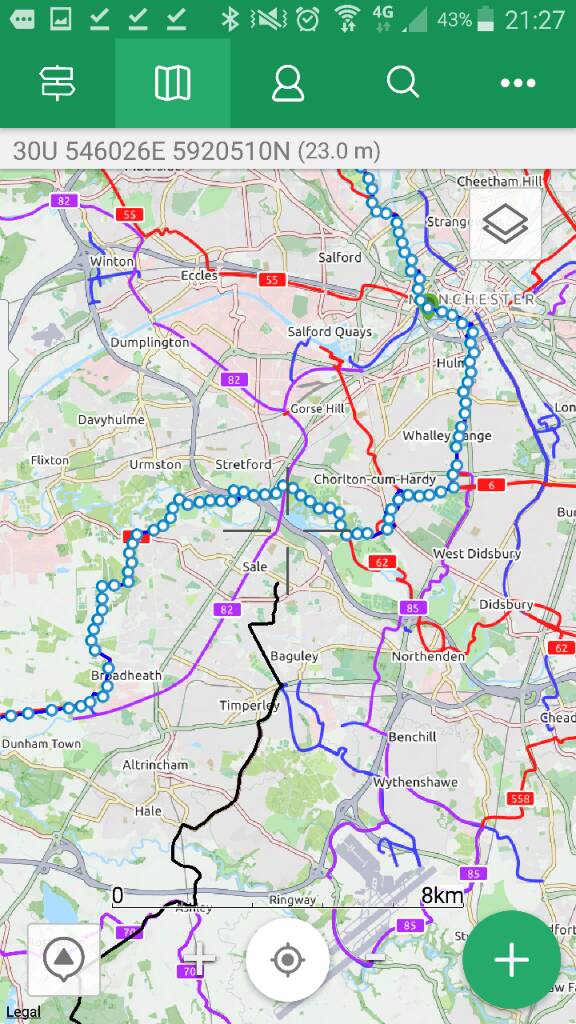 Hi Bob
I personally would not like to ride through the centre of Manchester. I'm not far from you in Heald Green. Several years ago I embarked on my first LEJoG and was looking for a route through to the A6. Eileithia gave me this route through avoiding Wigan and Manchester, I've used it several times when heading north. one advantage is it takes you past Fredericks Ice cream shop

From Altrincham out to Warburton Bridge over the Ship Canal, at the "T" junction turn Right onto the A57 Manchester Road, next set of lights turn left into Glazebrook road Changes into Holcroft Lane, at mini roundabout turn right onto Warrington road cross the East Lancs A580 over the canal to the "T" junction and turn left into Leigh. Pass the Police station on left At cross roads with B5215 turn right, Leigh Road. follow that up for a few miles until Lovers Lane then left. Lovers Lane comes out onto Wigan Road and a staggered junction so its left onto Wigan road then right onto Schofield Lane, which becomes Lower Leigh road then Leigh Road. to the "T" junction at end and Left onto Cricketers Way to cross roads right onto Wigan road that changes to Church street at "T" junction at the end turn left and A6. At this point I always used to think to myself next stop Kendal ( after Fredericks of course )
I think that is a far easier route with much less traffic and without the stopping and starting of commuting through the city.

BobSweet wrote:If someone can share the village/town names from North Manchester down to Altrincham I will propose a better route and post it here.

It's just NCN route 62 through Sale, then route 6 between Chorlton-cum-Hardy and Bury!

Edit to add: it will be interesting to see how what possibilities are opened up by the new 'Beeline' routes that nice Mr Boardman is proposing.
Last edited by Richard Fairhurst on 26 Sep 2018, 11:26am, edited 1 time in total.
cycle.travel - maps, journey-planner, route guides and city guides
Top

Some years ago, I cycled north through Manchester, meeting up with Ferrit Worrier himself!

To be absolutely frank, it was one of the highlights of the trip. Not just cycling with FW of course .................. but cycling through the city centre on the main roads. 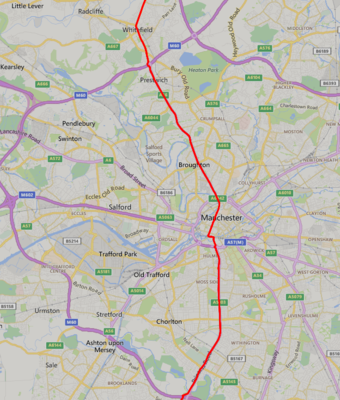 Mick F wrote:Some years ago, I cycled north through Manchester, meeting up with Ferrit Worrier himself!

To be absolutely frank, it was one of the highlights of the trip. Not just cycling with FW of course .................. but cycling through the city centre on the main roads.No issues whatsoever. Never felt vulnerable. Excellent road surfaces and nice wide roads. Easy cycling with good junctions and considerate motorists.

Sounds like a Manchester in an alternative universe from the one I cycle through daily!! Pothole central....
To be fair, Manchester actually has a decent network of canal towpaths, parkland trails and options like the Fallowfield Loop but most of it is very poorly signed and you really don't know what you're getting until you're actually on it - it could be decent tarmac or it could be 3" of muddy gritty slurry. It's take me a good few years of playing around on route options to actually get workable rides soemtimes.

From Manchester city centre a group of us rode out up to Heysham to catch the ferry over to Isle of Man, we did this route:
https://www.strava.com/activities/1703664129

Took me a while to recce it all and piece it together but it's all fine for road bikes (a few compacted gravel sections through the parks) and aside from the bit through the middle of Preston it was all remarkably quiet. Note though that our route was subject to some time constraints in order to make the ferry so there were a couple of bits where we took main roads (A6 north of Preston for example).


JOGLE: Stick to the existing route into Manchester, then at the Science and Industry museum pick up the bridgewater canal and follow the bridgewater way through to Altrincham (all surfaced and fine to ride, but a bit narrow in places near Manchester) at the seamons road bridge (road bridge about 3/4 mile after halfords) come off the canal DO NOT CROSS THE BRIDGE unless you wants shops of chippie, 200 yards to the Atlantic street car park for route 62.

Near Altrincham there are toilets and cafe at Dunelm next to Halfords (if you need any bike bits). Alternatively you can do the George Richards way parallel to the canal and pass a Asda with shops and toilets (Opens 11am Sunday) keep going straight to rejoin route 66 or the bridgewater way.


All of this depends on what the stretch going north from central Manchester is like. I will ride that when I get chance and post an update. 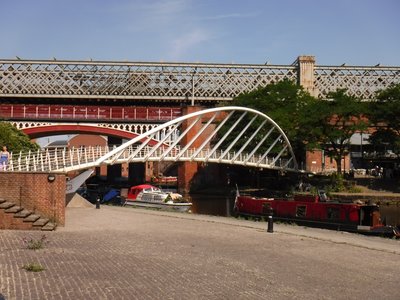 Yes, the Museum of Science & Industry brings you out on Deansgate and then you can pick up the route north that I posted on Strava just above. Deansgate has a branch of Evans Cycles as well should you need any running repairs.
Top
Post Reply
11 posts • Page 1 of 1