by Wheeledwidewebb
I’ll try to keep this brief. I have read other trailer type questions on here but my situation might be slightly different.

by Stradageek
Sounds like a good idea, drag and perceived weight are minimal, it fits between most cycle path bollards and the major advantage on busy or urban roads is that passing motorists give you LOADS of room, so it really enhances safety

by Tigerbiten
I've done around 50,000 miles with a large Carry Freedom trailer behind my recumbent trike.
The extra width of a trailer is both a disadvantage as well as it's advantage.
With a trailer on it's harder to filter in traffic as it takes more forward planning.
But the extra width means you'll get a lot more room when being overtaken.

by Tinnishill
How much beer do you plan to carry ? It is available in Scotland.

Anyway, if you fancy it just do it.

by philvantwo
Mick F used a trailer, it kept tipping over on some corners though.

by Wheeledwidewebb
Thanks for the opinions and information everyone.

by mercalia
there is a sumation article on the archive section on using trailers, mainly single wheel but worth a look? 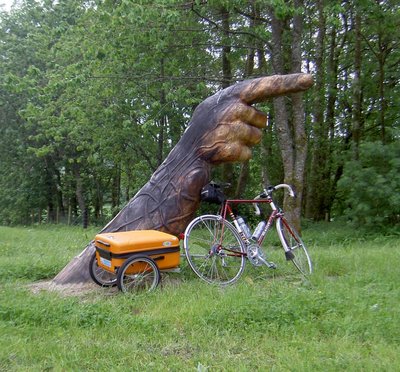 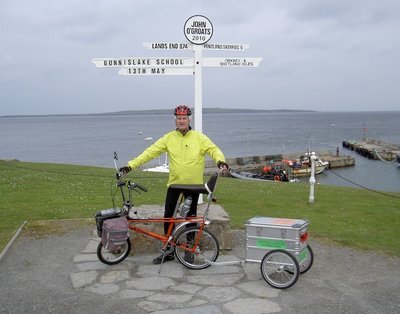 by philvantwo
He did get lost going over the Forth road bridge though!

by Mick F
Don't get me on to the FRB subject!

Trouble is, if you go on and off the bridge on the "wrong" side, you're going up/down the sliproad against the traffic.

by philvantwo
I think one of those blue plaques would look good on the bridge marking the exact spot where the legendary Mick F and his trailer got lost!

Thanks for your thoughts.

by Mick F
Before you make the final decision, no-one has asked my WHY I used a trailer. 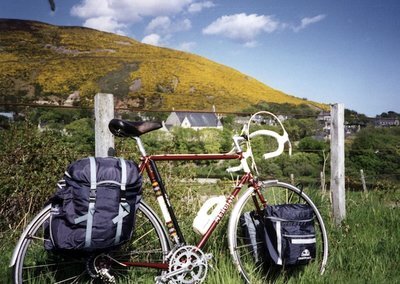 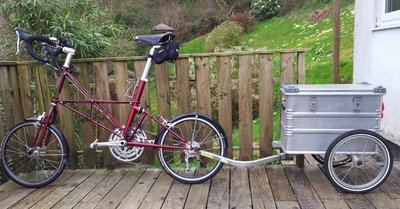 The trailer is of used for all sorts of cycling tasks. I've often gone shopping and the box I have on the back is perfect for groceries and fruit and veg alike.

by PH
You can't defy gravity and physics, the extra weight and drag of a trailer require extra effort to move. The need for one depends on both the load and bike. Choose both for yourself, I can't imagine taking the amount of kit Mick F carries on a B&B tour even when I'm camping, I just don't get invited to anywhere that requires the full dinner suit! But that's entirely up to him. My answer to a bike feeling unpleasant with four panniers would be to reduce it rather than add more.
I've toured a couple of times with a Bob Yak trailer, I was carrying camping kit and luggage for two, it was no big deal but I wouldn't choose to use it if I didn't have to. I was doing considerably less daily mileage than on a solo tour and that was enough. The only time I really didn't like it was on steep downhills, maybe a two wheeled trailer is better but the feeling of being pushed by the trailer I found unpleasant.
All times are UTC+01:00
Page 1 of 3
Powered by phpBB® Forum Software © phpBB Limited
https://www.phpbb.com/