by ferrit worrier
I wonder what they will do with this one ? The last hard slog before JoG

by robgul
Having ridden it both ways - it IS hard ... and in between my two rides they closed the cafe that was at the bottom

by jayd
Inverness- Lairg - Crask Inn - Strathnaver - Bettyhill - turn right, along the top - JOG. Best part of the trip to me, and no A9!

by ferrit worrier
I've done it twice up and once down. last time June 2011 not much different from the press pic I know these things because was I was up there quite a bit in the 80's and did my first JOGLE in 1994. By that time I was very grateful that some of the roads had been sorted out, but Navidale and Dunbeath was absolute devils! Good job Berridale Braes had been modernised by then.

by Ron
It was a little more challenging in the 50s when road haulage was a spectator sport. 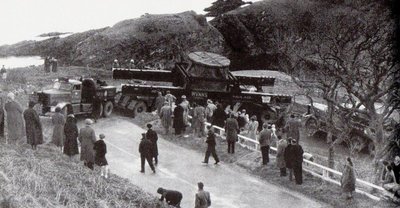 Commercial Motor pic.
Interestingly the area was just known as Berriedale then, goodness knows where this Berriedale Braes came from

by Mick F
Great!
How the heck did they get that down the bottom and over the bridge in the first place!

by nickodemia
jayd is correct, the route mentioned is just fantastic especially if you take in The Falls of Shin just before Lairg. Have done the Berriedale route twice and it is hard but by the time you get there (going north) you can do anything

by end2ender
That brings back memories of my day 1 JOGLE from JOG to Invergordon. I remember thinking they should build a bridge, but now its done a bridge would spoil it. 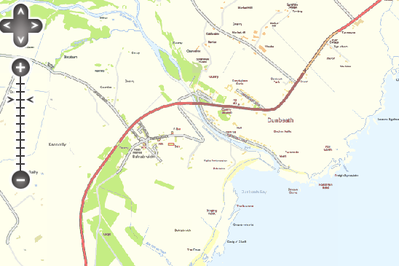 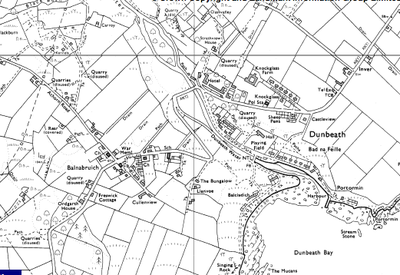 by kennycr
I've done it both ways. North to south in 1985 when it seemed pretty tough, but I wasn't as fit in those days. Did LEJoG in 2011 and I reckon Berridale was the toughest single hill on the route, although there were longer ones, especially in the West of England. Shap and the Devil's Beeftub seemed like a bit of a slog too.

None of them are easy!

by Mick F
Lived in Dunbeath eh?
Nice place, and I suppose the bypass is a boon to travelers, but I wonder what life was like before the coming of the new roads. I also wonder if the old road is still in one piece and if you can still cycle it rather than use the new road.

Berridale is a bit schizophrenic. Interesting and dramatic on the north side, and long and boring on the south side.