DIscuss anything relating to non-standard cycles and their equipment.
Post Reply
13 posts • Page 1 of 1

I love the idea of monoforks on a laidback. They look super-cool and they have the additional benefit of adding a touch of Mike Burrows to your bike. I am not really convinced by their application though, especially on a low/semi-low racer type bike.
There's an Aero advantage and they have greater stiffness than a single fork, but as there is no "triangulation" they will have less lateral stiffness, so could just as well lose the power they save by being aero. I wonder whether their sideways compliance might confer some comfort advantages though - quasi suspension?
For that matter, another advantage of them is halving the mass of suspension tools in the fork by having only a single suspension. But I don't think they make suspension 20" wheel monoforks. You could get leftys for a high racer though, but then they would need less suspension.
Finally the big argument of ease of tyre repair - I don't think the front wheel is tricky to remove to fix a tyre, it's the back one that's the issue.
Are there any mono-rear bikes out there, or possible adaptations?
If I had a baby elephant, it would point out that there is no evidence for planing. Then it would eat all my bananas.
Top

Think MB's latest was mono fork both ends - it was a straight frame with the wheels on the left at both ends...
Trike wise the wind cheetah has a cantilevered rear wheel, as do some of the earlier Alleweders.
A shortcut has to be a challenge, otherwise it would just be the way. No situation is so dire that panic cannot make it worse.
There are two kinds of people in this world: those can extrapolate from incomplete data.
Top

He does not seem to loose much power from any extra flexing of the mono fork. This based on the speed that he seems to be overtaking these days. He always points out that pedals are only fixed on at one point i.e. cantilevered.
Top

Check out the Wolf and Wolf, https://www.wolfundwolf.ch/ch/liegerad/
Top

belgiangoth wrote:I am not really convinced by their application though, especially on a low/semi-low racer type bike.

The less lateral stiffness triangulation thing is a non-issue really. It works fine on a car, 40 tonne truck, 8-Freight cargo bike and every set of cranks/pedals you can buy.

The main downside seems to be it's not obvious how to mount a hub gear. The main reason to keep on with two sided wheel mounts is innate conservatism. A good case in point was the Giant Halfway folder, which I think did better in the market after it was downgraded to a standard fork.

Hello Pete
I am currently running a Burrows Fujin special from Bikefix and finding it all I ever want from a fast audax style recumbent. I went for the monofork more because I wanted the very neat Burrows steering tiller and got the mono-fork as a bonus. I can't really say I notice any riding advantage but it holds the wheel to the frame, what more do you want.

I have run a Windcheetah or two for years and find them my go-to machines for fun riding. The all round mono-stays do make puncture repair a doddle though.

A few years ago I had a test ride on a Velomo Hi Trike TT and instantly placed an order. If you can imagine a full suspension Windcheetah you are not far off. Coming from a very small scale builder it is a bit rough at the edges but it is one of the best riding trikes I have ever ridden and I would not hesitate in buying another. The only negative is the nigh on impossibility of fitting mudguards. For me it is definitely a keeper with the bonus of all round monostays.

squeaker wrote:The Wolf and Wolf tourer linked above shows the benefit in terms of chainline past the front forks

As you can see here with a Big Apple tyre 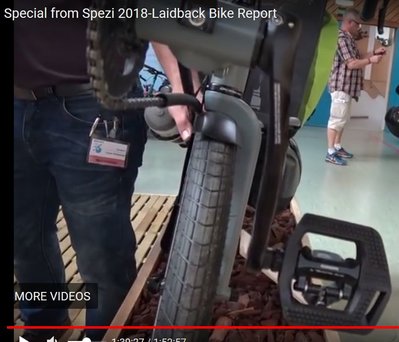 All trikes, without exception use his principle quite happily
Top

I'm not saying they don't work, I'm saying that they don't appear to offer a significant advantage - especially since there are no suspension monoforks for small wheels.
If I had a baby elephant, it would point out that there is no evidence for planing. Then it would eat all my bananas.
Top

The market is fickle

When MB joined Giant, his first commercial foray was the "Halfway" 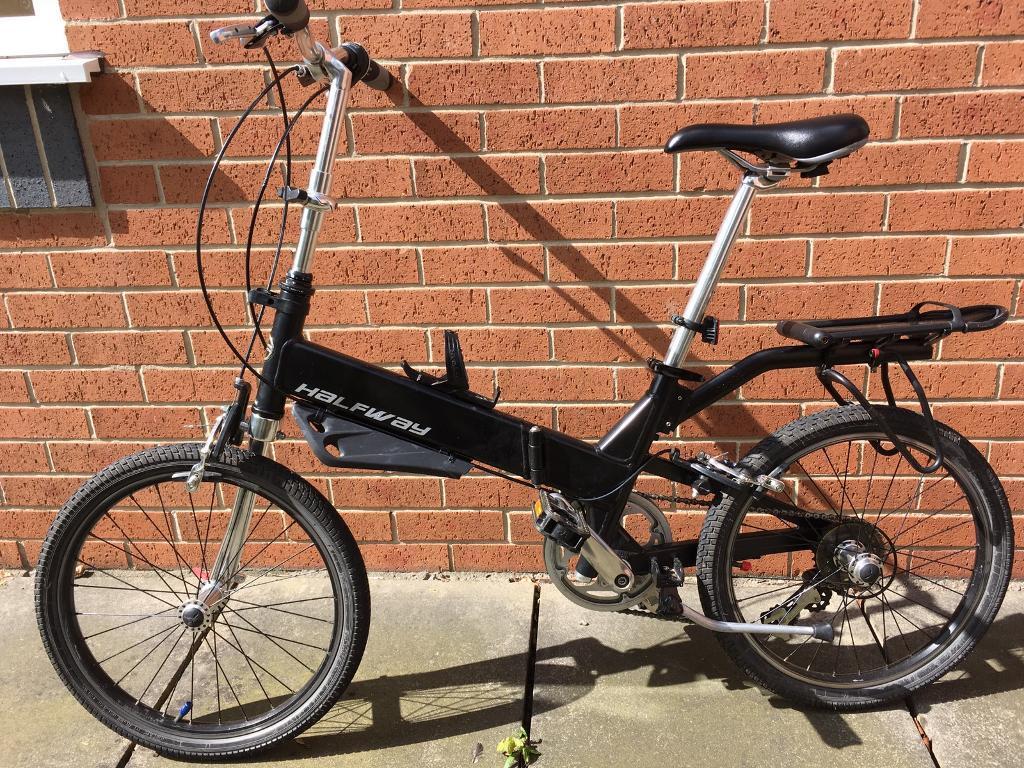 Did not last long before a more standard design was alongside and then replaced the original, although I do believe you can still get the mono blade version
Last edited by Cunobelin on 31 May 2018, 9:19am, edited 1 time in total.
Top

Monoforks *and* rim brakes..
A shortcut has to be a challenge, otherwise it would just be the way. No situation is so dire that panic cannot make it worse.
There are two kinds of people in this world: those can extrapolate from incomplete data.
Top

In some case "rigid" forks have a certain amount of flex designed into them to give a more comfy ride, don't they? Perhaps it is harder to have this desirable flex without having undesirable flex when you have a monofork?
Top
Post Reply
13 posts • Page 1 of 1