Paulatic wrote:This made me smile maybe because I'm relieved it wasn't done with my sub money.
On the 14th of April we are told

The results shown after another day in the office are
"Donuts" 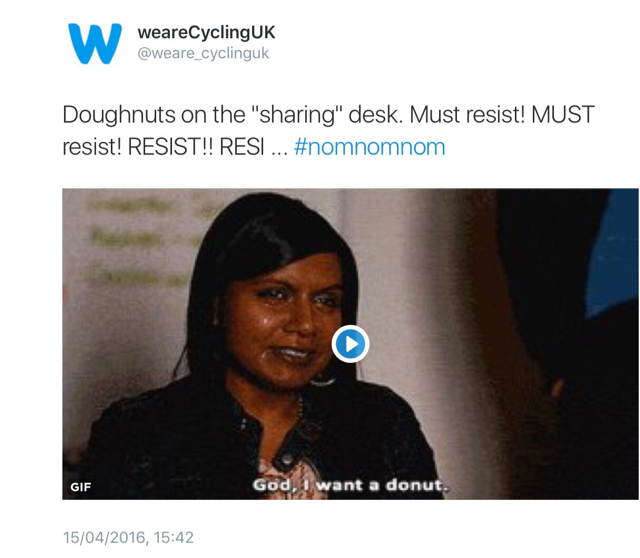 I've never understood Twitter. Are we all meant to hold our breath and gasp because Cukers have had a planning meeting and have had some donuts. Earth shattering news of great interest to the world? When people talk about how important things like Twitter are ... planning meeting with donuts ... wow.

by weareCyclingUK
Don't worry, nobody's subs were used to buy doughnuts, because we're not Cycling UK, we are We are Cycling UK - Positive about cycling in the UK.

And a "fun" tweet on a Friday afternoon is just as good as all the serious stuff; we all need to smile once in a while.

weareCyclingUK wrote:We are talking to Twitter about it, but we don't hold out much hope (based on previous experience).

by Heltor Chasca
This weekend's 'Bespoked 2016' handmade bike show in Bristol was handing out copies of the 'Bespoked Times'. There was an article in there all about the CTC. Nowt about CUK. Possibly a pre-printed paper?

I was off to see/listen to some live music (Xavier Rudd) so I could only stick my head in. I'll go next year. It's on in Bristol 7-9 April 2017 if you are interested.