First, some pictures.
One view of seat post (poor focus) 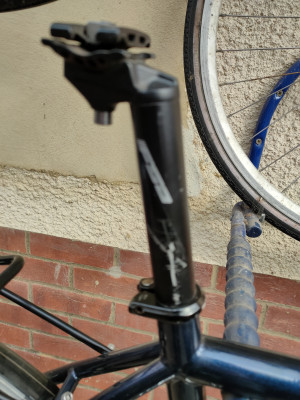 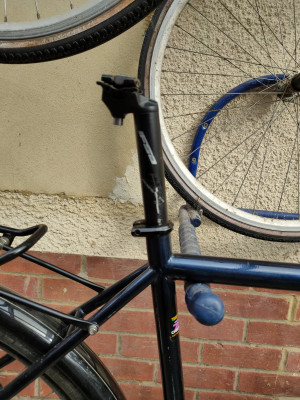 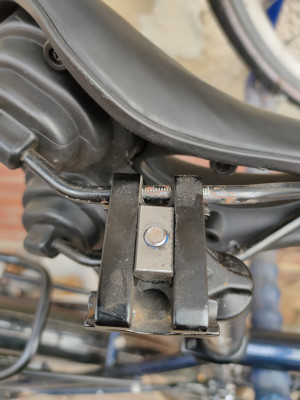 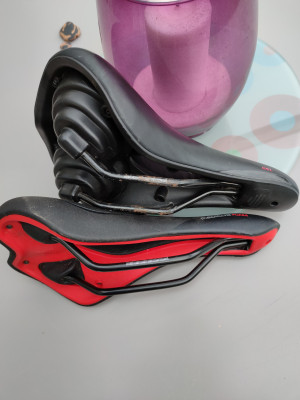 The starting point is that I would like to try and move the saddle a little further backwards.
I thought of a layback seat post, but it looks as though I already have one.
A rough measurement is that the bolt at the centre of the clamp is about 30 mm behind the centre of the seat post.
I assume that this is a 30 mm layback.

Next option is to move the saddle back and forwards in the clamp to change the position.
However there is a scale of lines on the saddle rail which (I assume) shows for and aft adjustment within the clamp.
The problem is (third photo) that the scale for adjustment seems to be the same length as the saddle clamp.
I've tried to show this by having the saddle hanging from one side of the clamp.

The optional alternative saddle has longer saddle rails, but it still has a scale which seems to be the same length as the current saddle.
If the saddle clamp has to cover that scale completely for correct fitting then there doesn't seem to be much fore and aft adjustment.

Confirmation of my interpretation (or not) would be helpful.

Bike is a Spa Wayfarer.
Top

LittleGreyCat wrote: ↑19 Sep 2021, 3:36pm The problem is (third photo) that the scale for adjustment seems to be the same length as the saddle clamp.

I am not sure it is clear cut with your saddle. Compare for example with the saddles below which have actual maximum limit marks in addition to the graduation marks. Sliding the rails as far back as possible in the clamp is less than ideal in terms of the cantilever force of bodyweight acting on the saddle, but how important that is probably depends heavily on other factors, such as the weight of the rider, the riding conditions (e.g. off-road), the saddle quality and fragility (e.g. ultralight, carbon rails, inferior materials/production quality etc.).

I have a steel railed saddle which I have pushed 5mm further back than the maximum limit mark on the rails. I don't worry about it. 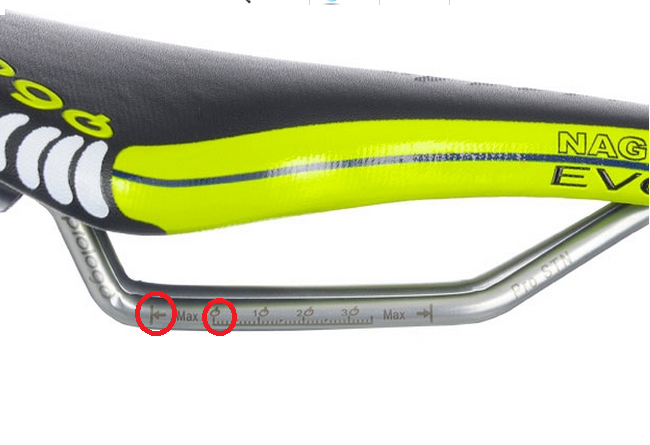 Most saddles don't have rulers in them. Try it and see if it suits you?

I had a look before I took it apart and I had managed to get the saddle so far back that it wasn't truly on the rails any more.
Not sure how that happened.
Starting again from scratch.
Top

This is a problem well known to Brooks owners, as Brooks saddles have woefully short rails and were designed when frames had slacker seat tubes.

Posts with more layback are available, within reason. There should be a figure quoted - go for the most you can get.
Top

Thats just one of our old threads about layback seatposts.
The setback given in the sales blurb may not be all that accurate; I think that J tech seatpost could be the exact same thing as the new Velo Orange post, and the Holdsworth Gran sport post, in that old thread.
Bike fitting D.I.Y. .....http://wheel-easy.org.uk/wp-content/uploads/bike-set-up-2017a.pdf
Tracks in the Dales etc...http://www.flickr.com/photos/52358536@N06/collections/
Top

I,ve got a couple of unused seat pins with extra layback,50mm and 75mm.See my advert on sept 11th,might suit your steel frame.You can knock a fiver off each price.
Top

cyclop wrote: ↑21 Sep 2021, 6:32am I,ve got a couple of unused seat pins with extra layback,50mm and 75mm.See my advert on sept 11th,might suit your steel frame.You can knock a fiver off each price.