For discussions about bikes and equipment.
Post Reply
29 posts

Do not underestimate the rims on which the tyres are fitted.
This new fashion of wide rims on road bikes is leaving some people with unacceptable clearance with frames & forks. Not only the tyres are wider, but some road brake calipers would have reduced height when working on rims wider than what they were designed for

I've seen a few since the who have fitted a wider tyre and rim on a bike that can't cope with it. Many modern carbon frames have quite large chainstays which result in tight clearances, on some the tyre had cut into the stays, on one bike right through!
Paul Smith
My personal cycling blog
Top

David Cox wrote:... Today something (not sure what) caught in the front wheel causing an emergency screeching stop with the guard folding and breaking under the bridge and a spoke torn out of the rim. Scary but could have been much worse. The releases on the stay didn't come off....

wow you were lucky that you didn't have nasty prang. What kind of releases did you have fitted?

Possibly something went into the spokes and dragged everything round, which didn't put the same forces on the stays as would arise if something got trapped between the tyre and the mudguard. Nightmare!

IIRC the bluemels stays use a different release system than the SKS branded ones; it uses a small plastic piece (with a male part) that is bolted to the dropouts. IME this breaks as often as it actually releases. I wish that someone would make the same piece in metal; it would be better this way for sure. The secuclip works better and is simpler and less prone to breakage. Because the metal stay loop enters the secuclip, should it become a loose fit, it can be adjusted by altering the size of the stay loop.

Some care is needed if ordering mudguard without seeing them, all current models are branded as Bluemels, some retailers have previous stock, others are selling new stock without updating their websites.
https://www.sks-germany.com/en/productc ... mudguards/
Top

Thanks for the advice - always amazed at what a great resource this forum is. You post a query at 11.00pm and there are really useful well informed responses by the time you wake up ! The releases were the standard SKS ones which I've used for years (I think they manufacture was taken over by SKS a while back ? Etse or similar) but never needed an emergency release before. I think they have popped out when packing bikes in cars or piling them up outside cafes before. Calibration must be tricky. I don't this whatever did my wheel caught them at the right angle the stays just twisted up on the bolts and by that time it was all over. My friend ahead whom I was happily drafting into a stiff headwind heard a loud bang but I dont recall that. I through the bits into the hedgerow not having a saddle bag but then feeling guilty went back in the car and fished them out in case one of the foxes cut itself. However, the forensics dont offer any more clarity.

Absolutely right that the new and rather attractive wider rims and tyres will never fit that bike or the medium drop Ultegra callipers. The bike remains a delight to ride. I'll be careful with selecting a new front mudguard thanks for the heads up re Blumels/SKS stock.
Top

Some care is needed if ordering mudguard without seeing them, all current models are branded as Bluemels, some retailers have previous stock, others are selling new stock without updating their websites.
https://www.sks-germany.com/en/productc ... mudguards/

I see what you mean. It looks as if Stringray and longboard models are still SKS and use the secuclip (available in two sizes to suit 3.0mm and 3.4mm stays), 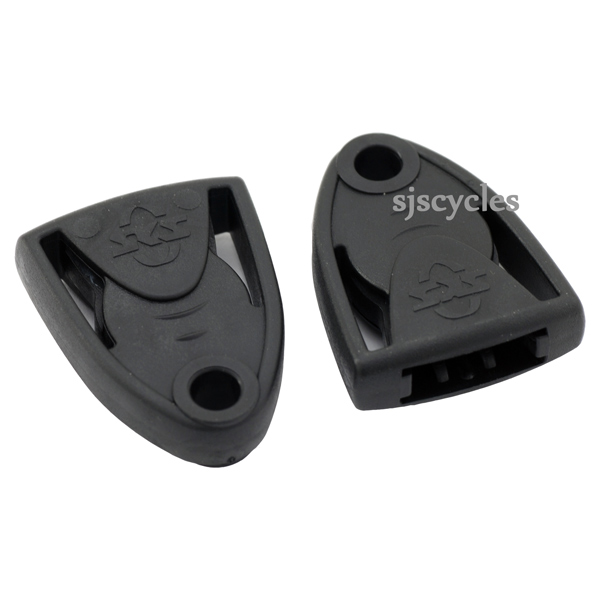 and the bluemels models (which now includes the square section ones that are similar to the original ESGE ones) seem to have the other type of safety release, which is the ' Bluemels ASR' (although there is another type of ASR which is flat...) 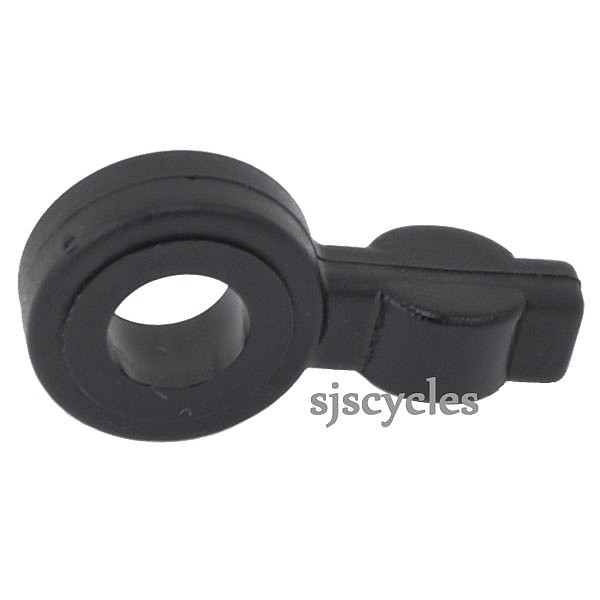 the above type is the sort that breaks and I think ought to be made of metal. Needless to say secu-clips are from 99p/pair but Bluemels ASR inserts are £1.99 each, i.e. up to four times as expensive and (IME) about ten times more likely to break in the first place....

Yep I have the original Secure Clips from Esge days and haven't seen the other sort. SKS website is useful where you can hover over such details. I think I am going to carry my mudguard remnant on a pilgrimage around bike shops until I can see one that offers more clearance.
Top

opinion is divided on this matter but I think that the rounded section mudguards (previously sold as Bluemels rather than SKS) offer a little more clearance. This comes from two sources

b) if the clearance is tight, the edges of the curved mudguard section remain a decent distance away from the edge of the tyre, whereas they come closer and closer to the shoulders of the tyre otherwise, (eg with the ESGE pattern narrow square section)

You could try Dia Compe ENE alloy guards I suppose https://www.singletrackbikes.co.uk/m11b ... gKd1vD_BwE I have a set on my Pomp Alfine 11: 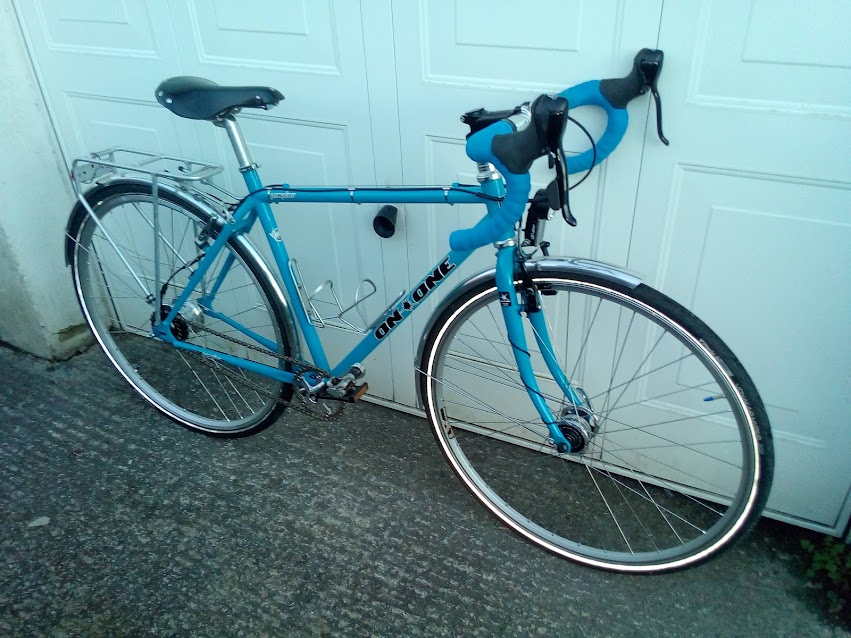 I had issues with the stays being too short at the rear, but the stay have been redesigned since, from a p=clip round a straight end to a loop in the end, for which length adjustment will have to be done the old fashioned way I guess, i.e. putting an unsightly bend in them. They are expensive but there is much less riks of stuff building up inside the mudguard as the stays warp round the outside of the blades. No safety release thingies on these.

Many thanks for the Forum members' good advice on this. Ben (Venture Bikes), who built the wheels originally, replaced the spoke and trued the front wheel. I did one ride in the rain without the front mudguard and the oversize down tube did a good job of deflecting/collecting spray and mud! I have now tracked down the SKS curved section guards from Evans clicked, collected and fitted (breaking a few hacksaw blades!). The front one is a much better match for the 25mm Michelin Pro 4 Endurance with what looks to be good clearance. Also a better looking blade IMHO.

I've not yet fitted the rear blade because I have an archaeology of club and cafe stickers attached which I am reluctant to lose. One stimulated a discussion about Fridaythorpe and its cafe (souvenir from York Birthday Rides) on Sundays club run. New mudguards branded as SKS item no 10964 Width 35mm 28" "new version" - although they were marked up as "clearance" on Evans website. Thanks again.
Top

Update : The new SKS curved guards look good and give better clearance BUT a combination of a particular consistency of autumn Worcestershire mud coming off the fields combined possibly with the poor mud shedding properties of Michelin Pro 4 Endurance 25 mm tyres still leads to a quick build up of muck under the fork crown. This early generation Etape frame isn't quite all weather all season. Heavy rainfall is fine but sunshine the day after can be a bit frustrating even with a wheels out clean up after every ride. My older Mercian audax with slightly more clearance longer reach brakes and Panaracer tyres still the go to bike in late November December !!
Top

If the mud is sticky enough then no tyre/mudguard combo can be guaranteed not to clog up, hence why MTB riders prefer just to use crud catchers etc.. I had a ride one winter along a particularly muddy lane on a touring bike where I ground to a halt twice in half a mile. I discovered that tyre levers are handy for scraping mud out of mudguards.
Top

certain (clay-type) soils will clog anything. Near me there is a band of such clay and a bridlepath that is just fine in the middle of a dry summer is impassable by bicycle when the soil is damp. I took my (mudguardless) MTB along there and it genuinely doubled in weight before grinding to a halt. The wheels were cleared with a stick and about a quarter-mile later they were jammed again.

BTW that you are getting a build-up beneath the fork crown suggests that the clearance is tighter there than elsewhere. It may work better in these conditions if you adjust the mudguard so that there is a comparable gap at the bottom of the front mudguard; if it scrapes mud off the tyre there, it will tend to fall away.

surely you're just not going fast enough there brucey?!!

Thanks for the advice - yes off road, I (and many others) had an MTB clog up completely on the Hell of the North Cotswolds. Had to take the shorter route after many de-clogs, at the end the chain was scraped back to the metal (and then some) and the bins at the cafe/control seemed to contain a few rear mechs along with the disposable coffee mugs.
Top
Post Reply
29 posts