For discussions about bikes and equipment.
Post Reply
31 posts

Saw these USB hub dynamo chargers (Bottle version also available) at York Rally, both on their own stand and being sold by Spa.
At £38 a fair bit cheaper than the other options, look well enough made though the wiring seems a bit ugly, maybe it'd be possible to put a splitter nearer the light to tidy it up.
Has anyone used one? have any comments about function and reliability? I think I'd only use one for touring, not enough to spend big bucks, but for this price worth considering? Is it best to use these sort of thing to directly charge, or is there any advantage to using a power pack and charging from that?
http://www.adeptelectronics.co.uk/veloclassic.html
Top

I have a Shimano XT hub dyno which feeds an Axa lamp with USB socket. It's rock solid and is a great lighting source.

The big problem when charging is the connectors to my phone (micro USB). This frankly is designed for tabletop indoor use. The vibration interrupts the contact, which then causes the phone to light its display and show the charging icon. This is enough over the day to reduce the charging severely. If you have a really badly-designed phone like a Blackberry Z30, the phone also keeps switching itself on and booting up, resulting in net battery drain. I tried fixing the phone to a bit of corrugated card and taping the connector in, but the problem still happens.

Maybe it's different with an iPhone lightning connector which has a much more positive lock than a micro USB. In future I'm likely to modify a battery pack with a hard-wired USB cable to the charger to prevent the problem. Anyway, battery all the way for me I think.
Last edited by hamster on 22 Jun 2016, 2:53pm, edited 1 time in total.
Top

I have Biologic ReeCharge, with a Cache Battery.

For many electronic devices this cache battery is important, since they don't like having fluctuating power sources.

They are a good way to get a reliable power sources for a wide range of devices.
A shortcut has to be a challenge, otherwise it would just be the way. No situation is so dire that panic cannot make it worse.
There are two kinds of people in this world: those can extrapolate from incomplete data.
Top

Just a quick bump to see if anyone else has any experience or recommendations for this or an alternative. It's not a huge amount of money to give it a go myself, but I try not to add to the never use but seemed like a good idea at the time box.
Top

I've got a velocharger. Been on 3 mini tours so far.

Must say they are very good. High output of 1.5A beats many far pricier models.

Microprocessor controlled for efficiency it produces a good charge rate from low speeds.

Use it to charge my phone. And bc it is 1.5A I can also charge accessories and even a powerbank or a torch at the same time via. a usb hub.

On offer at amazon at the moment.

I'm not connected to them in any way. Must say I have been pleased with the support which is first class.

I keep mine in a roswheel phone bag.

No problems with it not being recognised by my phone and it charges it in the background no hassle. I can leave the screen on full brightness with data and gps, and it still charges.

Very pleased with it for the price.

I spoke to them and it is clear a great deal of effort has gone into making it efficient and high output. Also it will handle the high voltages a dynamo hub puts out when at speed.
Top

I bought a Velocharger at the 2017 York Rally. I couldn't get it to work at first but after fiddling with the connecting wires and reconnecting, it works fine. Bought it to charge my Garmin whilst cycling, only problem is that when the bike drops below 10 mph, the Garmin asks me if I want to switch off. This is a fault with the Garmin rather than the Velocharger. I simply connect the velocharger when riding on flat terrain which ensures a speed above 10 mph, the rate that it charges is quite good. Ideal for audax's or long day tours.
Top

Isn't it a fair bit cheaper than what has been offered until now for this function?

If so can I ask why?
Sweep
Top

I too have been looking at one of these. I'd use it to charge a cache battery which can then later charge my phone and also my Garmin. Having a big cache battery is the way forward IMO.

As for the price, it's a basic unit without all the bells and whistles of the E-Werk and all the cables it comes with.
https://www.sjscycles.co.uk/dynamos/busch-muller-ewerk/
Very much over the top for me. I don't need all that stuff at all, so it's a waste.

All I want, is something to connect up to the hub dynamo that has a USB socket. I have all the leads I could ever need already and all I want is to charge a cache battery.
http://www.portablepowersupplies.co.uk/ ... tery-pack/
This one is absolutely excellent.
Mick F. Cornwall
Top

Mick F wrote:...without all the bells and whistles of the E-Werk and all the cables it comes with.
Very much over the top for me. I don't need all that stuff at all, so it's a waste.

All I want, is something to connect up to the hub dynamo that has a USB socket...

The advantage of the e-Werk is that it uses waterproof cable connections, so you can have everything that may be troubled by rain in the dry, inside your handlebar bag.
USB ports are not water resistant, and using one that's on the outside when it's wet will give problems in the end. Extending the charger cable to put the charger inside the bar bag is also problematic, as you lose the cooling air flow.
Top

I consider that the Velocharger could be in my saddle bag with my cache battery.
I don't like handlebar bags. I tried one once, then sold it within the week.

It's not beyond the wit of man to have a long lead from the dynamo all the way to the rear of the bike, then plug in the Velocharger onto it hidden away in the warm and dry of a saddlebag.

That plug on the end can be connected to a socket on the end of a long two-core cable. 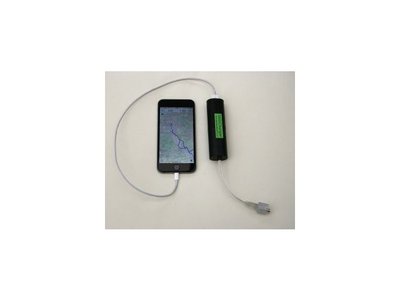 I too am looking around for chagers.
Agree with MickF about the use of a cache battery, if worst happens with the connectors you've wasted £10 and damaged the usb cable but not your phone, the latter, far more complicated to replace due the personal data to retrieve.
It is by riding a bicycle that you learn the contours of a country best,
since you have to sweat up the hills and coast down them.
Thus you remember them as they actually are...
Top

Mick F wrote:It's not beyond the wit of man to have a long lead from the dynamo all the way to the rear of the bike, then plug in the Velocharger onto it hidden away in the warm and dry of a saddlebag.

What could happen then is that your phone reaches full charge, you don't notice, you whizz down the next big hill, and the velocharger fries itself because it's got 3-5W coming in, nothing going out, and nowhere to dump the heat, being in the warm and dry rather than in a nice brisk airflow.
I'm not saying the velocharger design is such that that will necessarily happen, but it has happened with other modestly priced dynohub to USB converters.
Given that all the photos on the website show it mounted outside in the airflow, I would recommend asking before using it inside a bag
Top

Could happen, but wouldn't happen with me.
I won't be charging a phone, I'll be charging a cache battery.
http://www.portablepowersupplies.co.uk/ ... tery-pack/

I emailed the Velocharger people.

Hello Mick,
Thanks for your enquiry. Normally there should be no problem leaving the VeloCharger connected without a device to charge. We would however recommend disconnecting it from the dynamo on a long fast descent (i.e. 40mph +).
I hope that helps.
Best regards,
Malcolm Benson
Adept Electronics

I often do 40mph+ on decent descents, and having (only) 20" wheels, the dynamo output would be quite high. I think for simplicity, the Velocharger should be switched.

I wonder if the USB-Werk would be more robust?
Mick F. Cornwall
Top

Probably fitting a zener diode and resistor across the generator outputs would be enough to protect the Velocharger.
Top
Post Reply
31 posts