by Kahu
I've built quite a few wheels over the years, but I am no expert wheel builder, however, all of the wheels that I have built have served me well until now ....
I recently built up a 700c wheel with a NOS Sturmey Archer 3 speed steel hub ( 36 spokes 3X, Sapim spokes, plain gauge) being a symmetrical wheel I envisaged many hours of trouble free riding, how wrong I was! I have never had so many spokes break!
The breaks are always at the hub end, the flange on these hubs is very thin compared with modern hubs, do I need to get some washers so to seat them better, I've never had to resort to this before, also should I tension the spokes a little less than when building a dished rear wheel?
Your answers greatly received ....

by Brucey
two (or even three) washers per spoke. Tension as normal.

You must of course stress-relieve the wheel properly.

IME the most durable such wheels are built on used hubshells, not new ones, because the flange edges are less abrupt.

by Kahu
Thanks Brucey, I take on board what you say about used hubs, I'm wondering if I could improve the edges of the flange holes with an old spoke and some grinding paste ... maybe ... washers on order!

by fausto99
Rebuild with washers. Use the thicker form G ones, one on the outside of the flange two on the inside.

by Brucey
'so far' for me is (in one wheel build) somewhere north of 70000 miles. The 5s hub internal in question (which has about 10-20K more on it than the wheel build) has had various issues (mostly caused by water getting inside, but a broken axle as well) and whilst the rim is still in once piece it is fast becoming a sought-after retro item (which I can't easily replace should I need to), and the inner eyelets were 'quite rusty' last time I looked. So the wheel is likely to be 'retired' before too much longer.

by Kahu
Thanks for your replies chaps, I now have lots of small brass washers to complete the rebuild, hopefully this will solve the problem.

by rjb
I used 3 brass washers per spoke with this build. Not had any issues since being built. Spokes were used galvanised ones. 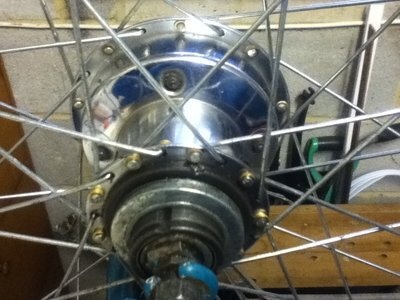 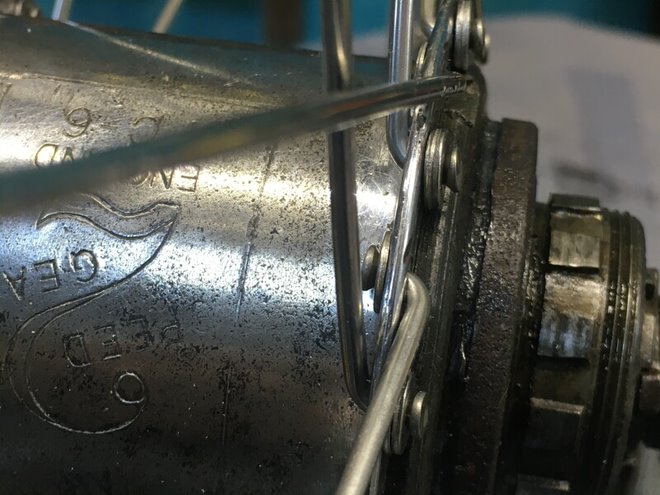 The wheel was a 40 hole 3 cross btw
All times are UTC
Page 1 of 1
Powered by phpBB® Forum Software © phpBB Limited
https://www.phpbb.com/