by toontra
I’ve just tried to fit a Power2Max NGeco power meter spider onto my Force 22 chainset. The problem is the P2M spider isn’t configured for the hidden bolt, so now the pin that prevents shipping between the crank arm and chainring is in the wrong place (out in the open). Also the hidden bolt is now exposed and the retaining bolt doesn’t look like the others (this is probably only a cosmetic issue but a nuisance none the less).

I don’t feel happy installing something that may lead to problems down the road. Any thoughts? 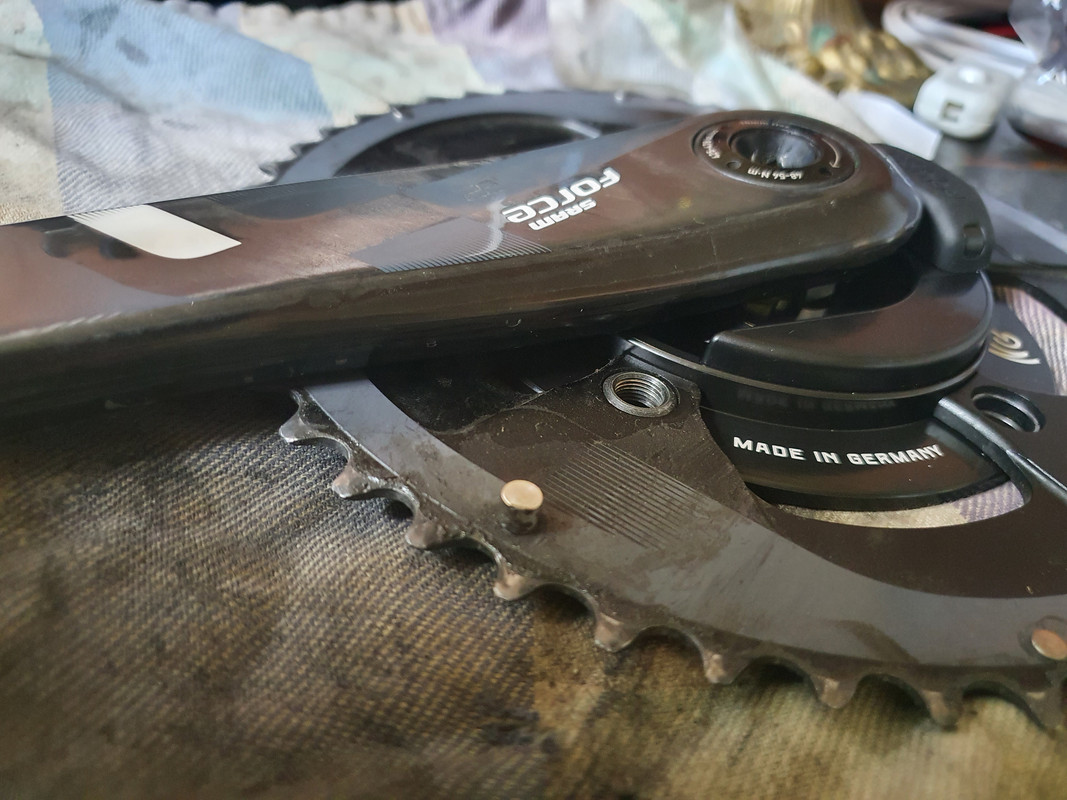 by Valbrona
SRAM sells sets of original chainring bolts to get them all looking the same.

The 'accepted' way of doing what you've done is to re-position both chainrings together so that they are 180 degrees from their original position. Chainrings are symmetrical so placing them in the way I describe will maintain the correct timing (ramps and pins) through the pedal stroke.

I, like others, ended up ripping the chain peg from the outer chainring … leaving a hole. It's the way it goes.

Buy a new pair of chainrings if you can't live with the hole. Don't buy new chainrings that just repeat the current problem!

by toontra
Thanks Valbrona. Interesting stuff about the ramps and pedal strokes.

It now appears that there is a concealed hole at 180 degrees, so that would tie in with what you're saying. Now just need to somehow get the pin out and re-position it (it seems to be riveted in).
All times are UTC
Page 1 of 1
Powered by phpBB® Forum Software © phpBB Limited
https://www.phpbb.com/