I ended up semi-dismantling one of these tonight and found a really easy fix for anyone with an outer dial thats hard to turn.

I've seen the stories "it hurts my fingers" and "put a cloth around it" etc. My guess is these get like this simply from being in storage for ages before they are sold. Calipers have dates on and a "new" 2019 one I got recently had outer dials that were nearly impossible to turn.

The fix is really easy:

1. Prize off the outer dial with a flat screwdriver, being careful not to scratch the paint on the caliper. Something like the corner of an old credit card would do it.

2. There's a metal piece that's either inside that red dial or on your caliper. Prize that out with a flat screwdriver.

3. See the 4 square bits on that metal piece? Get some needle nose pliers and gently flex each of the 4 tabs outwards slightly, so they end up ever so slightly bent out (not much though!) These tabs are what presses into the notches on the caliper making it hard to turn the dial. Bending them out slightly means it becomes far easier to turn.

4. Simply put the metal piece back on the caliper (or into the dial, it doesn't matter which) then push the dial back onto the caliper making sure the slot in the center of the dial lines up with flat metal bit on the caliper. 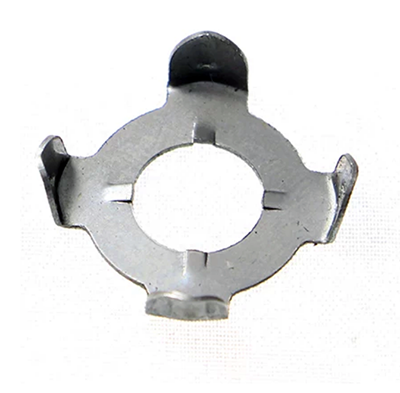 (knockoff version, genuine one has square tabs with a little dome on each tab)

Now try to turn it

Mine ended up perfect, not so loose it could move while out on the bike, but loose enough to turn easily.

I also added a bit of grease around that notched metal circle on the caliper (the ring in the groove under the hex nut) but I don't think greasing it is necessary and of course, grease and disc brakes don't mix - although this is nowhere near the pads so it's not risky adding a little grease around the notched part, as long as you make sure none gets on the rotor.
When two cyclists get married, they should throw anodized cable crimps instead of confetti.
Top
Post Reply
1 post • Page 1 of 1