the forum's oldest bike part still in use

For discussions about bikes and equipment.
Post Reply
52 posts

brynpoeth wrote:My Gillott is from the 1950s I think (older than me)
B17 is a bit tired, that and the bars have not been changed since I bought the machine 1982

Who is using the oldest tyres?

i've got a pair of 27" Michelin tyres that are probably late 70s/early 80s, fitted to a pair of Weinmann hookless clinchers that are mated to some Sunshine hubs, they don't get many outings per year but they ride lovely and aren't cracking. Bike is always stored at room temperature and it's that frame that is the oldest bit of kit that I use, 1959 I'm fairly confident on.

I removed all the original kit and sold the Williams chainset and BB to a guy in Japan, the date of the Williams (which handily aren't in some random code like some frames) matched with the serial number dating that an expert in the marque had said it was, so that made me think the age was correct.

The rear triangle has been widened at some point and it's definitely been resprayed but I've no idea when, wrapover stays and nice lugs make it appealing but understated certainly compared to the very highest end model. The current build (it's the third since I bought it) is a varied mix age wise that suits the look I wanted but has great functionality such that I can ride it fairly hard (the brakes are shimano dual pivots), I just don't get to ride it as often as I'd like to but it has been to France for a weeks bimbling where it got a few compliments and some were intrigued with the use of a fairly modern Shimano groupset (1992) plus the huge GPS I had fitted on the bars. You can just make this out in the photo along with the 8 speed Dura Ace STIs in the bottom photo. 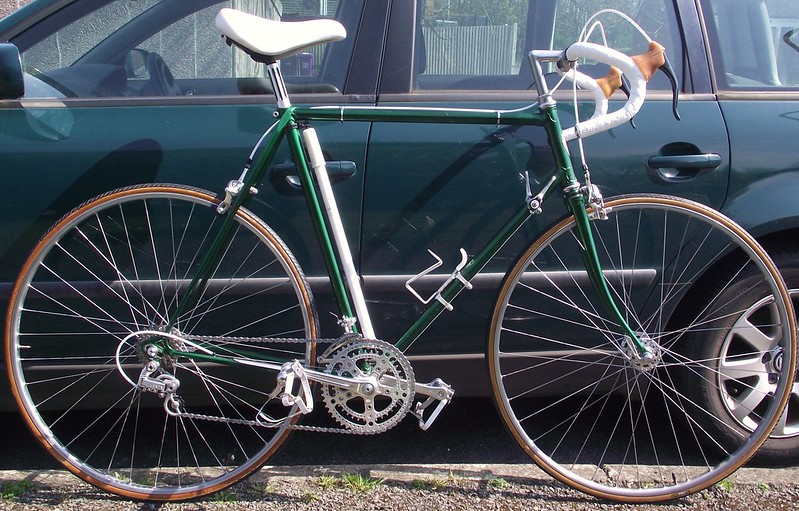 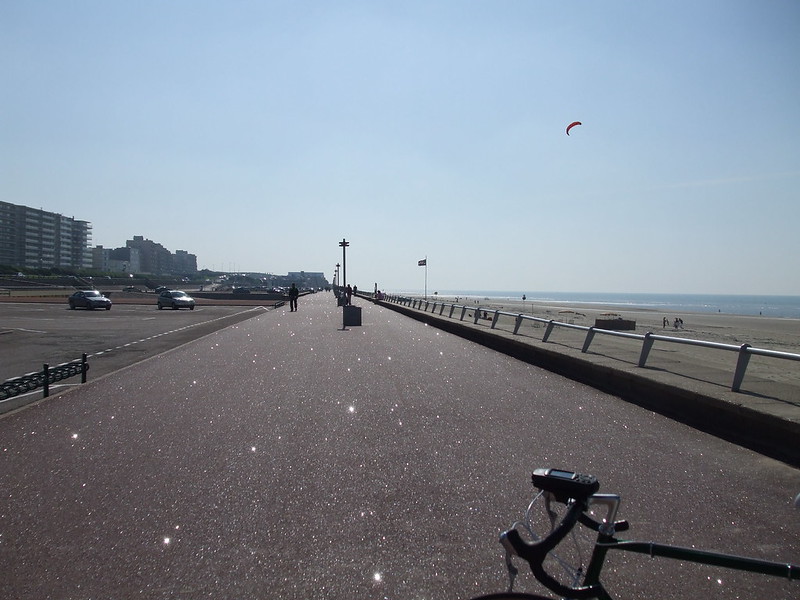 I certainly can't compete with some of this stuff - I do have a pair of handlebars, Cinelli 64's that I was given in 1976, I think they are 1972 vintage. Otherwise i've got a bunch of stuff from the late 70's on my Blower - don't think anything other than tubs are newer than 1979.

My hack Orbit has quite a few bits on it from before the turn of the century - sadly I killed the BB last month but it still runs the original d/t shifters 300EX mechs, bars, stem.

There are even parts on my Airnimal that are over 15 years old including the saddle!

Hi,
I don't think I noticed this thread first time round.
Oldest useful in service bike part apart from my frame is the pump, 36 years old and it accompanied me on my coast ride.
Never used it that trip, I think I tested it before I left

, it probably has the original rubber to fit the valve.
I never bothered adding air over 640 odd miles in a week so I did not need it

Nothing I owned before then would be useful today.
NA Thinks Just End 2 End Return + Bivvy
You'll Still Find Me At The Top Of A Hill
Please forgive the poor Grammar I blame it on my mobile and phat thinkers.
Top

I've not read the entire thread but my Wife's Father bought a Hobbs of Barbican frameset in the early 1950s and built it up with a friend for a tour of the Loire Valley.

I still ride the bicycle today and it has some of it's original parts including the Brookes B15 saddle, Williams chainset, GB spearpoint stem & GB Randonneur handlebar.

Where parts where replaced, they are period correct.

My oldest bike is my 1994 Dawes Mean Street, a stripling at 25. However, it has seen a lot of action from taking me to University to commuting and club runs in all weathers in South Yorkshire, Gloucestershire, the East Midlands, Aberdeen and now Somerset. Nowadays used as a winter bike so it regularly gets a soaking and exposure to salt, mud, etc but is scrupulously maintained. Been resprayed twice and ever part replaced at least 3 times, though some of the XT bits on it are now 20-odd years old....

I am actively buying up good used Shimano transmissions components from the '90s as I reckon they are more durable and better quality than the current stuff, so I think my bikes will be stuck in a '90s timewarp.....

Hobbs1951 wrote:I've not read the entire thread but my Wife's Father bought a Hobbs of Barbican frameset in the early 1950s and built it up with a friend for a tour of the Loire Valley.

I still ride the bicycle today and it has some of it's original parts including the Brookes B15 saddle, Williams chainset, GB spearpoint stem & GB Randonneur handlebar.

Where parts where replaced, they are period correct.

I bought a new Raleigh Corsa (in 1984) which I still ride, and it is immaculate, bought to replace a stolen Roberts.

Got a old yellow cape dated from 1971 - still totally waterproof, although being totally honest, I'll use the goretex top every time...
Top
Post Reply
52 posts