I must admit I'm a huge fan of 1x gear systems, I really dislike front derailleurs it just seems such poor engineering to need two gear controls and off-road and in busy traffic you don't want to be thinking about which combination will work rather just go up and down the gears instinctively. Also on low end bikes especially with freewheels that wobble they can need frequent adjustment.

Many of the crank motors even legal 250W models can give peak output of over 700W for short periods and they often have limitations on cadence speeds so I guess the 1x chainring allows them to control that more. So 700W plus perhaps 200W or more of your own is all going through the same chain and sprockets so it makes sense to keep it as simple and strong as possible and not have crossed chains etc.

Not an issue on hub motors of course they actually extend the life of chains, chainrings and cogsets by moving much of the power and wear away from the conventional drivetrain. So hub motors you can pretty much have any gear system you want whether the hub motor is on the rear or front.

The Suntour HESC hub motor system does provide a torque sensor so motor power is scaled with rider output to give a crank based motor feel without restrictions on cadence and the greater reliability and simplicity of hub motors with the benefits of much reduced chain and sprocket wear rates. It's also a very well priced system and seems extremely popular with uber and deliveroo couriers. It's not a suitable replacement for e-mountain bikes though because torque levels are not as high as the top end off-road mid-drive motors but perhaps a better option for on road use. Admittedly many of the Suntour based ebikes come as 1x too but there is no restriction on converting to 2x or 3x. It also has the benefit of not being as proprietary so can be fitted to conventional bikes and end of life of the electrical components the bike can be returned to a normal bike or fitted with a different hub motor system so a much better option for long term value and the environment.
Top

For those wanting a conversion kit with hub motor and torque sensor try Woosh.
https://wooshbikes.co.uk/?tskit

There are obviously pros and cons for crank vs hub motor and for torque vs cadence sensor,
and for new ebike vs conversion of old, but conversion/hub/torque is good for many situations.
Top

I remain of the view that if you want an ebike for something like touring as opposed to little rides (nothing wrong with that) get a non-electric bike of your choice and then get it expertly motorised.
John
Top

Bonzo Banana wrote:I must admit I'm a huge fan of 1x gear systems, I really dislike front derailleurs it just seems such poor engineering to need two gear controls and off-road and in busy traffic you don't want to be thinking about which combination will work rather just go up and down the gears instinctively. Also on low end bikes especially with freewheels that wobble they can need frequent adjustment.

Two gear systems is perfectly normal in many vehicles.

I used to ride with three gear controls - 81 gears to choose from (45 "normally" overlapping gears)
And that was all natural to me, I never had to stop and think about which was the correct combination...
A shortcut has to be a challenge, otherwise it would just be the way. No situation is so dire that panic cannot make it worse.
There are two kinds of people in this world: those can extrapolate from incomplete data.
Top

mattsccm wrote:Just wondering after looking at a selectipn of ebikes in a shop. Why do they all seem to have a single chain ring and a small one at that? My cynical wife reckons it is because the riders are unfit(they must be or they would not ride such a thing) and thus can't go fast any way and will be screwed when the speed limiter comes in.

Your wife need not worry, I absolutely love the x1 ring setup on my hybrid eBike so much I recon the next 'fad' ij road cycling will be x1 setups. On my eBike the largest gear tops out at 26-27mph, lets be honest when was the last time any of us could smash a hybrid bike along at 25mph+ on the flat without been in a group? eRoad bikes all still have a double ring at the front.

The bottom gear on the x1 ring is some crazy massive ring that can climb Everst or be it slowly. There is a jump between gears which I noticed compared to my road bike.

I use my eBike to commute to work and when pushing it average about the same speed as I manage on my road bike. The advantage of the eBike is I can achieve a decent speed whilst still carrying 5kg+ of work gear and wearing close to normal cloth, and on my ride into work by slowing down a bit and letting the motor do the work I can arrive at work without needing a shower:).

The gearing isn't whats stopping me from going faster on my eBike its still the legs. 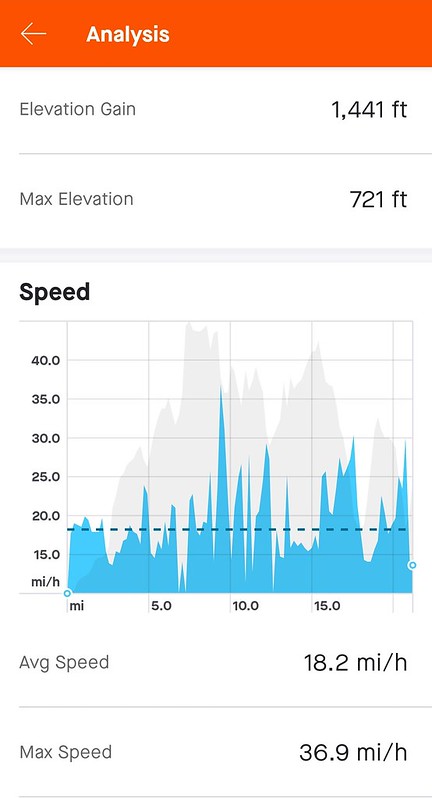 mattsccm wrote:Just read the post above mine. Amazed by the lack of oomph, I had assumed that an ebike would, in effect, take several decades of the legs and would allow a nice straight through, corn cob cassette. As you see I know nowt.

Have you tried an eBike, am not that old 37, or ill, but I absolutely love going out on my eBike. So much so am considering getting an e Roadbike soon to replace my normal road bike.

My current Fauza motor powered eBike is suppose to be one of the 'weaker' motors but on Rocket mode it feels almost too powerful!!

The assistance over the hill means when you reach the top your legs are still ready to get back up to speed versus been full of lactic acid.

EBikes simply make cycling more fun, which can only be a good thing 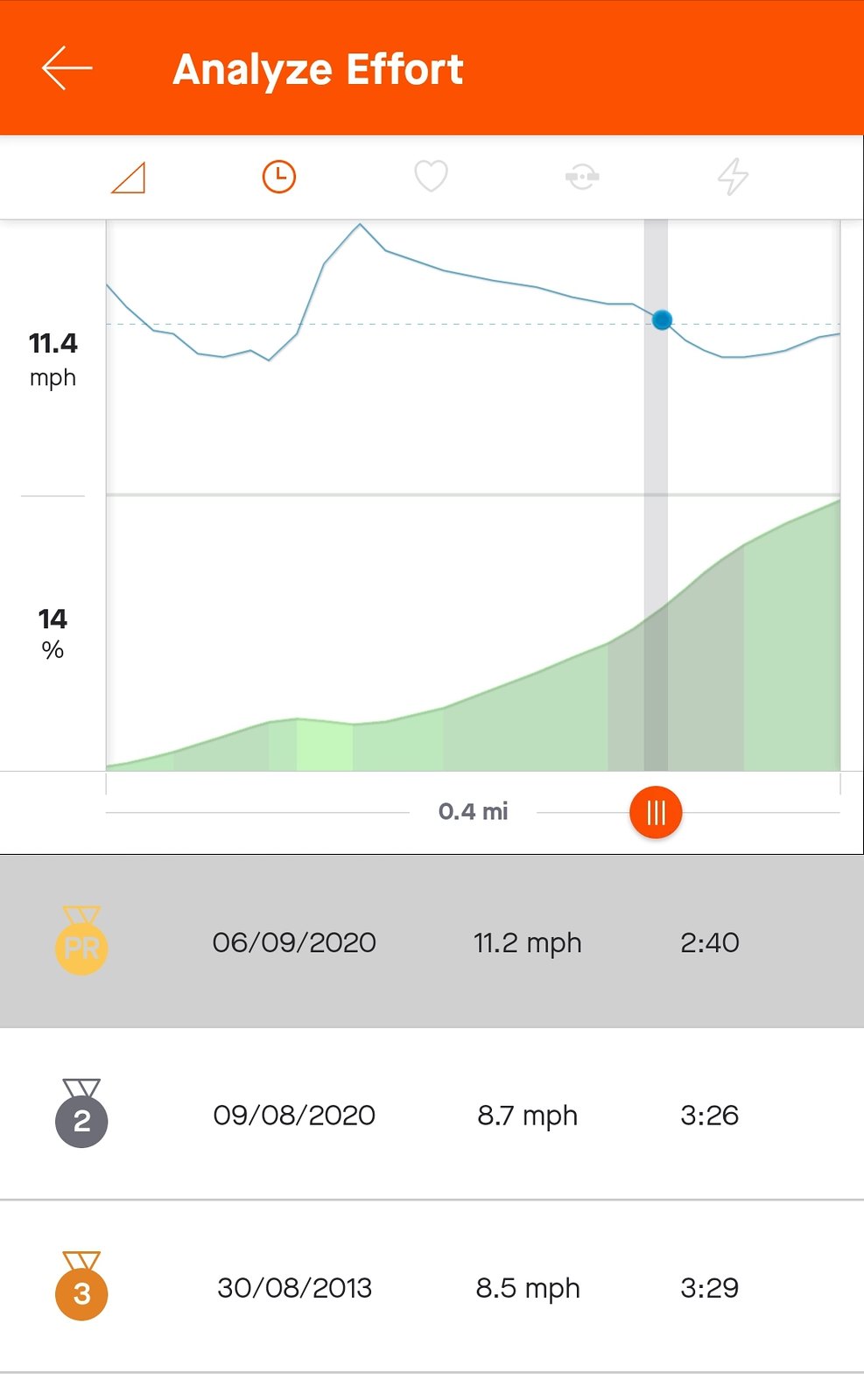 Interesting contris as always.. wisdom is useful and always earned, these past 3 years I have probably covered 3/4 k miles on various Bafang motorised machines all self built, have built perhaps 20 to date and have friends all very happy with their machinery, there are a few things that need clarification for those who read all about E bikes , read all the law, yet have never had a leg over one and appear on here with all sorts of opinions and advice...
So there's no need unless you are Alpine trekking for 2 chainwheels on any Bafang motor so being you know how to change gear and not labour the motor.. a 46 or 48 front will with the appropriate rear cassette give you as much mph as your legs and the motor will allow.. and get you up any hill , the heavier wattage ones will flatten any slope...
My experience to date has me now talking with 2 distinct types of party who are seeking E power, folk who used to cycle, were what I call cyclists and through age or infirmity have no longer the power to use a bike as they did in the past, yet are still fairly active and wish to remain so.. and those who want an E Hybrid hanging off their ''dormobile'' so they don't sweat while looking cool around their parking places, its the thing to be seen on so they tell me... some others like myself recovering from THR surgery, and need assistance so they keep the legs moving.. will
Top
Post Reply
22 posts