A cycle route near me

A cycle route near me

Or should I say the fly tip route. 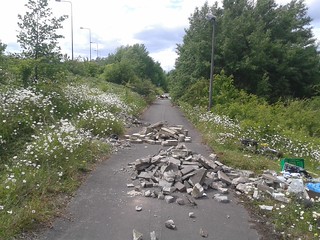 Ruined way 3/6/2019 by rebalrid, on Flickr
All move by local council

By the end of the month this happened. 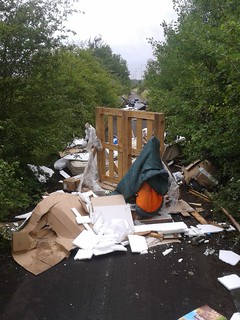 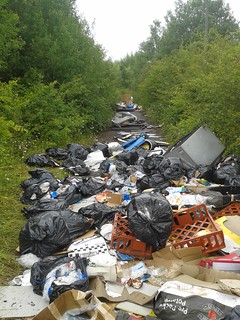 Again all taken away by the council.
I always ring them up ,they move it ,but do not stop vehicles from accessing area . Madness.
Between the local council the county council and highways there is no joined up thinking.

Re: A cycle route near me

Near me it is mostly adjacent to the route rather than on top of it, which means it is mostly left there because it is private land rather than cleared away when it is obstructing the PRoW.

A fridge henge appeared a few weeks ago, today that has strangely begun to move from it’s original location on private yards onto the PRoW. Must be the attractive power of ley-lines or something.
2020 : To redundancy ... and beyond!
Top

Re: A cycle route near me

I had similar to you, not quite as bad, on a short stretch of cycle track leading down to a roundabout underpass (Kennington roundabout on the Oxford ring road). Reported the dumping on Oxfordshire's Fixmystreet (the highway authority/County Council) including photos of a take away address in London in case the evidence got lost during removal, though it was the district council who took the stuff away, usually with in 24hrs of reporting.
There were a few dumpings over a few months. The district council was quite proactive and investigated with the police (apparently a stolen van was envolved), but they also got the highway authority to put in some bollards. no dumping since then. I expect the cost of the bollards is cheaper than a few clean ups, even if the 2 costs come from different councils.
Top
Post Reply
3 posts • Page 1 of 1