We went for a walk down most of the Wigan locks on the Leeds-Liverpool Canal on Boxing Day. I'd not checked for locations of benchmarks beforehand & spotted precisely zero!

Looking at the 1894 OS 25 inch map afterwards I counted 19 marks that we walked past the location of. Some will have disappeared - bridges widened, buildings demolished, etc. - but I thought I would have found at least one.

) Meccano Bridge at the head of Prestolee Locks on the old Manchester, Bolton & Bury Canal. Here I spotted one in the wall as we walked down next to the flight of locks. I've not found it marked on any maps I've looked at but it is in the OS database linked to earlier. 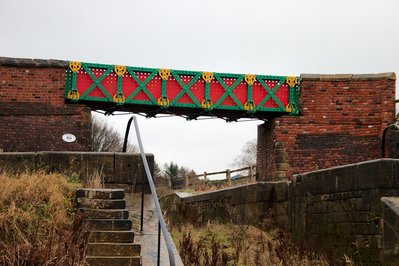 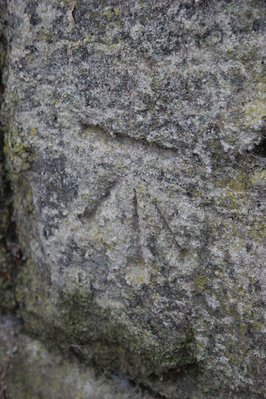 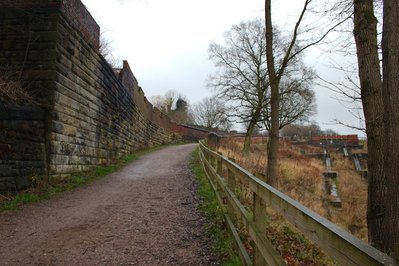 Benchmark is in wall to left, Bridge is in distance on right (click to enlarge)

Manchester Bolton & Bury Canal Society have a similar photo, but taken from the other side of the channel showing the original bridge It's a bit damp out. Remembered this thread whilst I was passing.

[Anorak mode on]
How many on here know that Mean Sea level changed in 1921? Prior to that date it was measured from a mark in Victoria Dock Liverpool. After 1921 the measurement was taken from Newlyn in Cornwall and sea level is apparently different down there. Maybe it's to do with the curvature of the earth!!! Whatever all heights changed when the datum point was moved.
[/Anorak mode off]
Top

We know that now, very good, else one should never have known of Newlyn
Sea level is expected to rise so mountains shall become lower
Entertainer, intellectual, idealist, PoB, 60097
Cycling-of course, but it is far better on a Gillott
We love safety cameras, we hate bullies
Top

Ordnance Survey down graded the whole Trig Network when GPS became really accurate around the early nineties.
Before then, a colossal operation was undertaken to establish the network, with first order levelling and Theodolite observations.
Actually finding old marks can be a needle in haystack scenario, especially bench marks on walls.
I would not have thought the pursuit to be compatible with cycling bearing in mind the ferreting about required off the bike!
Top

The flush brackets were designed to take a metal platform that had a foot at the same level as the arrow top.
The same accuracy could be achieved sitting the staff on a two bob coin, provided you allowed a few millimeters for the coin thickness.
I well remember closing a long line of obs on a bracket on a church near Droitwich. The sums misclosed by a couple of feet and I was crestfallen at the prospect of doing it all again.
I carried on to the next OSBM and hey presto, it closed within thirty millimeters. Some mason had moved the bracket up the wall a couple of courses!!!
Top

arnsider wrote:Some mason had moved the bracket up the wall a couple of courses!!!

I've seen that before. Many years ago I was a Land Surveyor. One day we had to do a spot of levelling and went to the nearest BM to our site. It looked like the wall had been rebuilt. We closed on a couple of other BMs to verify. There was a new road being constructed next to our site and as we were packing up a Civil Engineer came over to warn us about the local BM. Apparently they had come off it without checking it. They had to make some 'adjustments' on the road construction in order to get it to meet in the middle

LOL!!
Dare I say that the standards of Surveying and levelling practises among Civil Engineers leaves a lot to be desired.
Top

I know it's an old topic but came across this benchmark on hob moor near the knavesmire at York on Friday. 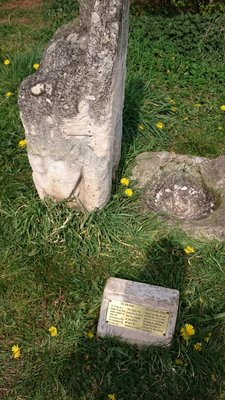 gaz wrote:Took a detour today in search of a fundamental bench mark. Totally failed to find it

One for the Benchmark Fundamentalists

You've all doubtless heard of Trig Points and know what they are? There's a thriving hobby among walkers, but also cyclists too, of trying to 'bag' (ie, visit) as many as possible.

I tried Geocaching briefly, before I realised that a solo middle-aged man, poking around in undergrowth, muttering, in places where family groups enjoy leisure is not a good look...

I'm now an expert on such matters, just installed 2 dual flush valves today while it was raining.