I rode all 79 bridges over the A30 from Exeter to Penzance.
I numbered them all to keep my records.

Bridge 6 and Bridge 30 were both private, but eventually when I found a track up to 6, no-one was around to object.
Bridge 30 is accessed from the south though a farm, but from the north you come in through a company's land - Eversfield Organics.
https://www.eversfieldorganic.co.uk

After I found I couldn't get down the road and aborted the task, I emailed them about why I wanted access, and they were very happy to let me ride to the bridge. I phoned them the day before I arrived and called in at the office for a chat.

Off I went through their courtyard and carpark and down the track to the bridge, crossed it, and then back again, then back to their office to thank them.

Possibly could have just come in from the south to the farm and asked at the farmhouse, but it could be that they might not be accommodating to visitors on bikes.
This is the farm entrance.
https://www.google.co.uk/maps/@50.68730 ... 312!8i6656

Rode straight up the A388 to Launceston, then back via Milton Abbot, "nipping down" to Horsebridge, then home crossing Newbridge.
Home and back, was 35miles with 3,900ft of ascent. 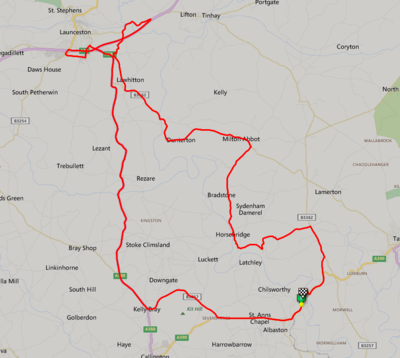 I've a friend who is walking the coast and has been trying to find without success if it's possible to walk across the Tamar Bridge at present. I'm waiting for Mick to post an update unless anyone knows for sure.
At the last count:- Peugeot 531 pro, Dawes Discovery Tandem, Dawes Kingpin, Raleigh 20, Falcon K2 MTB dropped bar tourer, Longstaff trike conversion on a Falcon corsa.

Theres 2 phone numbers on the Tamar bridge website, says they're manned 24hrs a day. Your friend could give them a call???
Top

I have been eyeing up the River Wye for a couple of years. Decisions would need to be made regarding the use of foot bridges or not on a bike. It would have to all or none of course. As the sources and mouth are so close it could be combined with a return trip on the Severn.
Top

Tamar Suspension Bridge isn't due for completion regarding the work, isn't due to finish until April.

They upgraded the bridge some years ago and put two extra lanes ....... one each outside the main piers.
The northern one carried local traffic to Devon, and the southern one was a pedestrian path and a cycle-way.

First, they closed the pedestrian/cycle one whilst they used it for the maintenance stuff, then they opened it again and were working underneath. That was done this spring, and all was fine.

So, you can STILL cycle over - but with the heavy motorised traffic, but they have a shuttle bus for pedestrians. They take cycles too of course.

All over by April 2021, as I understand it, but according to their website, it should be open this month.
I remain to be convinced, as this situation has been going on over a year.

Webcam as of NOW looking east into Devon.
The three lanes in the centre are the originals.
The lane on the right WAS the pedestrian/cycle lane.
The lane on the left was the local traffic lane to Devon. Note, no traffic on it.

You can see the lane on the right with a car heading west.
Therefore, as of this evening, the pedestrian lane is CLOSED. 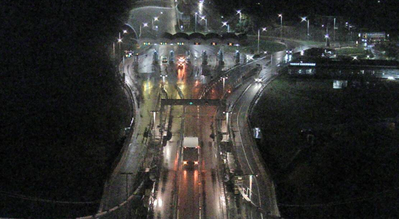 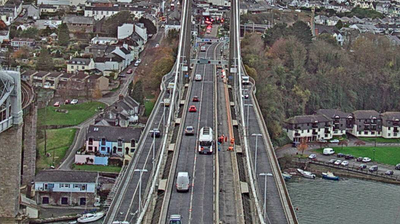 The southern leg should be cycling/pedestrian.
The middle three lanes are for traffic, and the northern leg is for local traffic heading to Devon.

Note the northern one of the three middle lanes is for maintenance, so the traffic is spread over the whole bridge with no room for pedestrians and cyclists.

I'm going to keep an eye on all this, as I don't want to cycle over the bridge until the system is as it should be.
Give it a few months yet IMHO.
Mick F. Cornwall
Top

I didn't expect you to climb the tower to take that photo.

But thanks for the update, I'll pass it on to my mate.
At the last count:- Peugeot 531 pro, Dawes Discovery Tandem, Dawes Kingpin, Raleigh 20, Falcon K2 MTB dropped bar tourer, Longstaff trike conversion on a Falcon corsa.

rjb wrote:I didn't expect you to climb the tower to take that photo.

Just look at the webcam!

What a good idea. You have inspired me to check out crossings on my local river, the Mole in Surrey.
Top

rjb wrote:I didn't expect you to climb the tower to take that photo.

But thanks for the update, I'll pass it on to my mate.

This is where the hand gliding lane starts

My text trip will be to cycle to Plymouth via Tavistock and then probably Route27. There are other routes without going on the main road over Roborough Downs from Yelverton and though the heavy traffic.

From there, I could cross the Torpoint Ferry (crossing No31) and cycle round to Saltash to take the train to Plymouth over the Royal Albert Bridge (Crossing No30) then the train to Gunnislake and cross Calstock Viaduct (crossing No29).

The main issue with this, is getting on the right train at Saltash. There are two sorts to catch there - Intercity from Penzance to Paddington, or a local train from Penzance to Plymouth. The Intercity needs a booking for a bike, but the local (two coach DMUs) are a walk-on.

Checking the timetables is paramount.
BR Times is a great resource. You can put any date (within reason) into it. I picked this Monday for illustration purposes.
https://www.brtimes.com/!board?stn=STS& ... e=20201116
Mick F. Cornwall
Top

Looking at this map, I see Bartholomew suggests there (was) is a crossing.
Coming south from Horsebridge, we have Latchley Ford. Almost impossible unless you wear waders and have a safety line.

Then, we see this one. 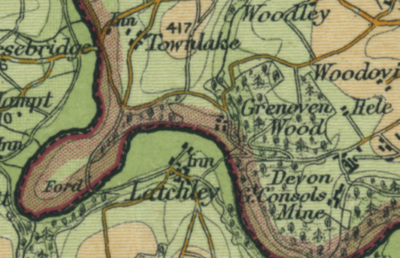 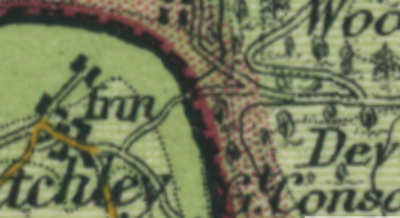 As far as I know, this crossing has never existed.
There's a weir there, so maybe there was access to it for either end. 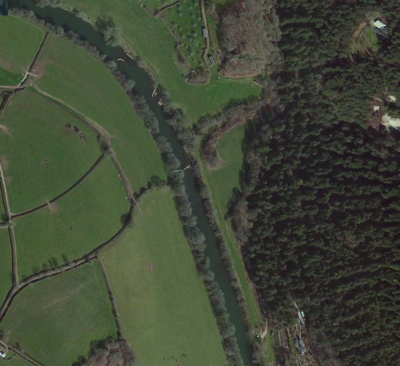