Pebble wrote:how do you get such good quality on youtube ? the quality of mine are as good on the computer but when I load them to you tube they're poor.

I'm not a pro in this area, but first of all, you need to render your video as 2K (or 4K) even if it is 1080 only. Youtube has two codecs (one is good, another - is bad) , and if you want better codec to be used, you need to render video in 2K+ quality. You can find info in google by search query eg
"vp9 codec youtube"

Thanks for that, I have tried saving the video at 60fps but when I upload it still reverts back to the poor quality AVC
the following would be OK if I could keep the original quality but as you can see its poor.
4x Speed across the moor

would love to be able to get your quality of video - what sort of camera are you using or what do you edit your movies on ?

Ok, let me try to remember rendering settings, because I tried few times with different ones. I don't remember it very well for the first video, but for the second it was this. 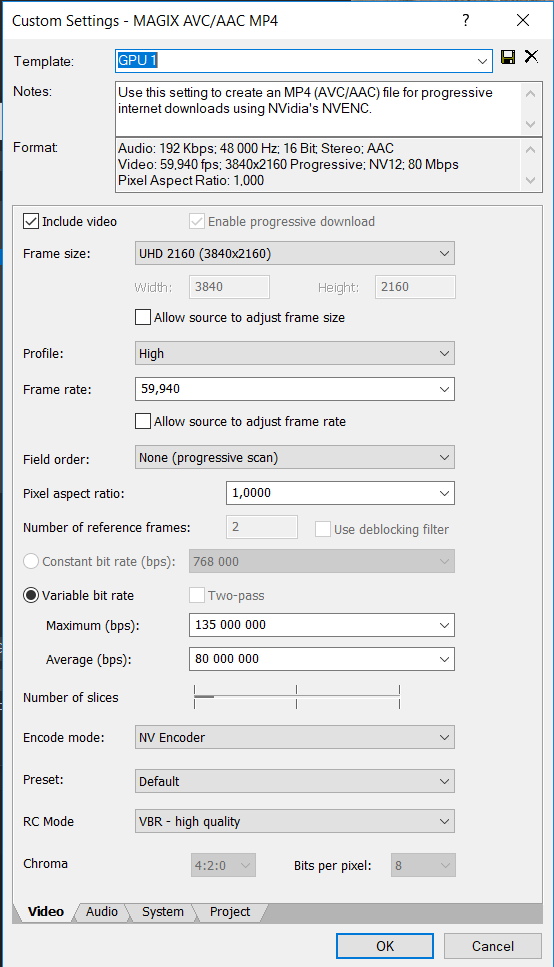 You can choose "Maincocept AVC" encoder instead of "NV Encoder". I choose NV Encoder because I have gpu and video renders faster using it. With CPU it takes 5x time longer. Also, I would like to choose average 135Mbit bitrate, but I made it 80Mbit because I had some artefcats in second video in the final result, so I reduced quality a bit. But usually, bitrate works fine for me. Unfortunately, I don't remember settings for the first video, but it was similar.

BUT comparing to your video, my video doesn't look much better. If you'll check my video with 1080 resolution, it looks almost the same as yours, and only with 1440 or 4k it looks good. So, I'm still in the process to find the best video render settings.

Random crazy stuff that happens while cycling in Kharkiv. I collected all strangers in this video.
Addicts, robbers, stupid pedestrians etc

My first serious attempt to take a KOM in Strava. I woke up early in the morning to get on empty roads without cars. So, cars didn't interfere me, but crazy dogs interfered me lol.
By the way, the guy at the very end of the video, just walked and brandished a 30cm knife. I noticed it only later.

Compilation of lunatic pedestrians, dangerous drivers and other strange moments that were filmed during my cycling in the city.
If you like it, please subscribe