How to stop me shouting?

How to stop me shouting?

Today I yelled very loudly (Oiiiiiiiiiiiiiiiiiiii!) at a car that was coming quickly out of a side turning whilst I was on the main road. I also passed very wide, just in case. I only shouted to ensure he had seen me and definitely did not swear or offer any abuse.

The car passed me with the driver gesticulating wildly and shouting. He then pulled over and got out of his car and looked as if he was going to run at me. luckily I had upped my speed enough that he didn't catch me. At the next junction I got through the traffic lights before they turned red on him and I pulled in to a side turning out of his sight.

I am 44, not that fit, was riding a hefty 29er MTB so not that fast, and frankly don't need crap like this. I seem unable to stop myself shouting when I see people edging out inappropriately or looking like they will sail through their give way without having seen me.

Any thoughts as to how I can manage situations like this better? My current thinking is that I would rather shout 1000 times needlessly than hit someone who hasn't seen me, or who hasn't given me any reason to trust that they have seen me.

I don't use a cam whilst cycling and would hope not to.
Top

It's pointless anyway. Inside a car they can't hear you.
Top

Oh yes they can!

I shouted "stop" to my daughter today, and the 4x4 driver pulling out of the car park did.
He didn't need to, it was only my shout that can have given him ny reason to slow.

Personally I will do the same in various situation, far quicker than any horn/bell
A shortcut has to be a challenge, otherwise it would just be the way. No situation is so dire that panic cannot make it worse.
There are two kinds of people in this world: those can extrapolate from incomplete data.
Top

I occasionally shout or mutter if I think someone has been driving stupidly. It helps me "let of steam" as much as anything else, so I can then forget about it!
Bells etc have a use, but for say a pedestrian who does something completely unexpected, a shout can be useful in an emergency.
"It takes a genius to spot the obvious" - my old physics master
Top

It's a difficult thing to curb once you've got yourself in the habit. I have a somewhat irascible streak in me, I am only too aware that I've sometimes gone over the top in shouting at other road users. I had a close call similar to yours, many years ago (I was a lot younger: yes one remembers this sort of stuff!). I had been cut up by a skinhead type driving an open top sports car, I said the W-word in what I thought was rather less than a shout, when the car was already speeding off - but he heard it. He stopped in the middle of the road, twisted round in his seat, stared at me and mouthed something which I couldn't catch but was probably "what you callin' me then, *******?" Luckily for me traffic was building up behind him, hooting, he didn't seem inclined to leave his precious wheels so as to 'sort me out' - if that was his intention. Eventually he succumbed to all the hooting and spun wheels driving off. End of incident.

I think as I get older I may have mellowed a bit - maybe! One thing to do is think of a more innocuous word to utter in place of any profanity (if you have got into the habit of using them - I note that the OP only mentions "oiiiiii!" which hardly counts). You know the way it is, people start to say the SH-word and then say "sugar" instead? I think, in a situation like yours, I try to train myself to say "whooooaaaaa!!" or "whaaaaaatttt the....!!"

It may not prevent a head-to-head, but at least it weakens your assailant's argument.

Apologies if this sounds rather patronising. I plead the experience of age!
Suppose that this room is a lift. The support breaks and down we go with ever-increasing velocity.
Let us pass the time by performing physical experiments...
--- Arthur Eddington (creator of the Eddington Number).
Top

I didn't swear. I just shouted to get his attention...
Top

Try mounting, and using an air horn on the front of your bike. That should help with cutting down on stressing the vocal chords.

I shout sometimes. I think it is just reaction, which can be hard to control.

One time last summer, an oncoming taxi overtook a large mower in front of me & I shouted (a very rude word) at the taxi. When I looked around, afterwards, I realised that people in two very full bus shelters (one on each side of the road) were staring at me. I remember thinking that at least I would have had plenty of witnesses.

I don't think that shouting is better or worse than an air horn, especially if you can avoid cursing, or rude words. I don't think that it is substantially more likely to lead to an incident or road rage than other methods of getting drivers' attention, and shouting 'Oi' is rather better than some.

Drivers who may react badly to a shoult are just as likely to react badly to any other attention getter.
“In some ways, it is easier to be a dissident, for then one is without responsibility.”
― Nelson Mandela, Long Walk to Freedom
Top

From the way he reacted, I think he would have had a rant at you shout or no shout.

I think it was your fault that you scared him when he didn't see you at the junction, hence the rant .........

A shout is a natural, and rapid, response... I normally don't manage to form words.
A shortcut has to be a challenge, otherwise it would just be the way. No situation is so dire that panic cannot make it worse.
There are two kinds of people in this world: those can extrapolate from incomplete data.
Top

Well I hope they can hear me shout "Get of your bloody phone!"
For a successful technology, reality must take precedence over public relations, for nature cannot be fooled - Richard Feynman
Top

Vorpal wrote:I don't think that shouting is better or worse than an air horn, especially if you can avoid cursing, or rude words.

I use my airzound frequently on my recumbent and it often draws the response that "I can't <substitute profanity of your choice> see you down there" which makes the laws of physics rather strange since I always have a perfectly good view of them.

It was funnily enough a cyclist who enraged me most when he gave me that response after cutting me up. I'm not drawn to violence but I had a powerful urge to give him a spontaneous eye test with a fast moving fist.
For a successful technology, reality must take precedence over public relations, for nature cannot be fooled - Richard Feynman
Top

Tigerbiten wrote:From the way he reacted, I think he would have had a rant at you shout or no shout.

I think it was your fault that you scared him when he didn't see you at the junction, hence the rant .........

I agree with Tigerbiten and I wouldn't worry about shouting "Oi" - It has taken me a fair amount of time to stop shouting obscenities and to just shout "Oi". I can still remember the driver of an open top sportscar stopping his car in the road after he nearly took me out on an overtake along a single track lane. I hadn't realised that he could hear me question both his parentage and his eyesight

A shout is a natural, and rapid, response... I normally don't manage to form words.

A rare one of my videos where I'm not actually swearing these days. (sad but true) - and it's often at other cyclists - who I encounter far more of than motor vehicles.

I have a car horn available, though I find that more useful while the car is actually overtaking me on a blind bend - almost as much to warn oncoming traffic as to try to give a clue to the idiot driver that what they are doing is insane.

I'll often use a loud cough when a pedestrian looks like they're about to step out.

I'm hoping to retire to the French countryside, where having to learn another language will make swearing more of a challenge as well as much less necessary.

I've had a couple of incidents where I feared for my safety, but I suspect there's value in appearing actually a bit of an unknown quantity - luckily I have vast bulk on my side - though I'm very much a dancer and not a fighter. 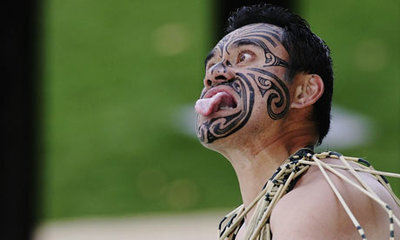 (and yes, I've actually done that once or twice !
(I blame the south sea decals on my MTB mudguards)
Top

Well I hope they can hear me shout "Get of your bloody phone!"

sorry no they can`t!
took me ages at a roundabout holding the traffic up to attract the attention of a mindless person to get off your phone

I`m def too old for this!
Top
Post Reply
43 posts