mjr wrote:Unfortunately, the railway onwards through Wells and Shepton Mallet back to the Frome line is currently still derelict except for a short preserved section


The section from Witham Friary junction with the main line to Merehead Quarry is heavily used by freight trains from the quarry. There is then a section about a mile long from there to the East Somerset Railway's preserved line which is technically open but due to lack of maintenance often does not look it (the weedkiller spray trains do not go there). Last time I was there it loooked like this just West of East Cranmore Station: 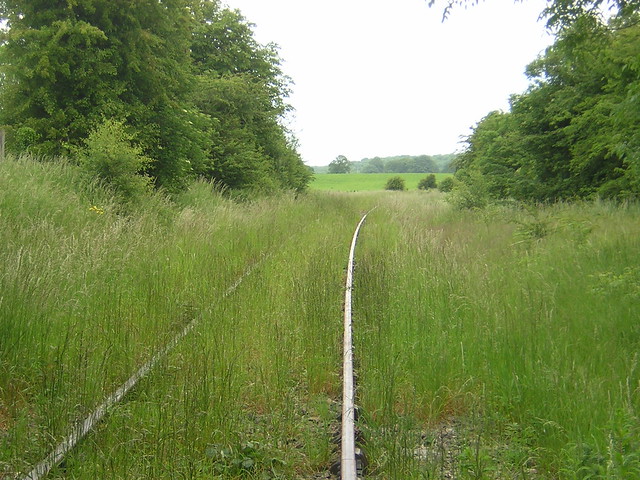 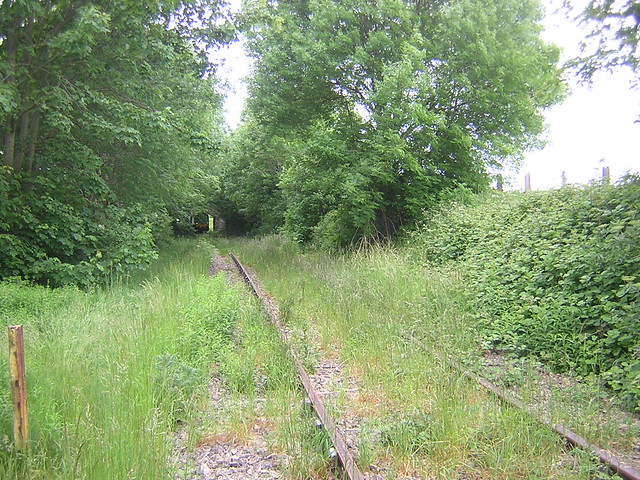 The loco. visible under the bridge was on a charter which had arrived a couple of hours earlier, over the track seen, and came back that way later.

The East Somerset line runs from there for two miles until the track ends just outside Wells.
Top

mjr wrote:climb onto the plain at Priddy

I'm a big fan of the rows around Durham. There's old railway lines that go to Barnard Castle, Esh Winning, and a monster of one that heads up to Consett (with just one small stretch lost to a housing development but the path follows round it).

Then from Consett it's like a railway spaghetti junction with a viaduct to the west, then a choice of the old line towards Sunderland via Chester-le-Street, or my favourite one down to Gateshead.

It's a few years since I lived there, but it's as close as I've ever seen towards almost having a shadow road network and I miss it quite a lot.
Top

landsurfer wrote:Whats the longest rail trail in the UK ... And if ridden with a paved / surfaced canal path whats the longest combined path way .....
I have a heart issue and although being encouraged to keep up with the milage my (cycling) Cardio consultant suggests i keep off the big climbs
( Whinlatter Pass next week on my CTC ... lets see how that goes ...

The combined Tissington and High Peak trails can give you a reasonably long ride - about 50 miles round trip from Ashbourne - Parsley Hay then on to the National Stone Museum - if you don't mind a few more steep bits then go on to Cromford before turning back. Lots of interesting things to see on the way, and a few hills as well if you want 'em.

Ashbourne - Parsley Hay (go beyond the bike shop/cafe at the Northern end, up to a replica croation round house) - and back, this will give you about 27 miles round trip. This part of the trip is "uphill" for about 2/3rds of the way (in railway terms, about 1/400 maybe) then levels out a bit and maybe a slight down gradient. In short, as gentle or as demanding a ride as you like to make it. My record one february, with a (cold) North wind was about 3 hours on the outward trip, and 45 mins on the return - needless to say I had the trail to myself, and the MTB tyress came in useful in the odd snow flurry!

Surface on these is crushed limestone, and well drained.

Hartington makes a nice stop, but its a bit of a climb back up to the railway.

Lots of opportunities to cut across to other peak district trails if you fancy a bit of road/hills here and there - the Manifold trail is quite handy.

And yup, "Favourite" does describe this area for me!

One of my favourite areas as well, for walking as well as cycling. When the kids were young we several times rode up the trail from the camp site at Ashbourne, lunched at the Waterloo Inn at Biggin, then freewheeled nearly all the way back. Happy days.
Top
Post Reply
34 posts