Has anyone ever ridden the route from Blair Athol to Braemar, via Glen Tilt? I've ridden to the Falls of Tarf, about half way, and wonder if anyone knows whether the rest of the glen is rideable.
Top

I don't know, but you could maybe try MTBScotland.net or UK-mtb.com
Pedal faster, I hear banjos!
Top

I rode it on my tourer a few years back. Above the falls is a stretch of singletrack which is rideable if you're brave - there's a big drop to the right. I walked it. Further on there's a burn to ford which I had no problem with, but it can be very difficult after rain so I've heard.

I also continued north to Tomintoul which was also very scenic and almost entirely rideable.
One link to your website is enough. G
Top

It sounds a glorious route.
Top

I've spoken to someone who's ridden it, and his photo's look superb! As for crossing the burn, I'm going to wait until after the spring thaw. Last time we crossed a river, my mate tripped and dropped a very expensive pair of sunglasses. Given that I'm an eternal tightfist, I jumped in after them. COLD!!!!!
Top

I've gone down Glen Tilt twice. It's a great ride. IMO better N-S as you get a long mostly downhill section of single track followed by the long downhill in Glen Tilt. A nice 2 day tour is from Pitlochry go via Glen Shee to Braemar then down the Tilt the next day back to Pitlochry. 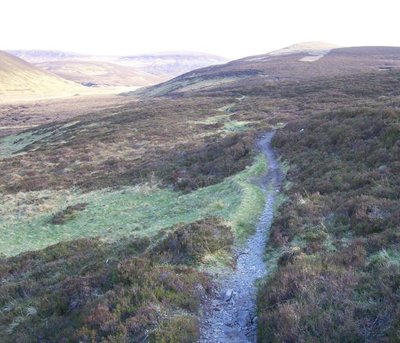 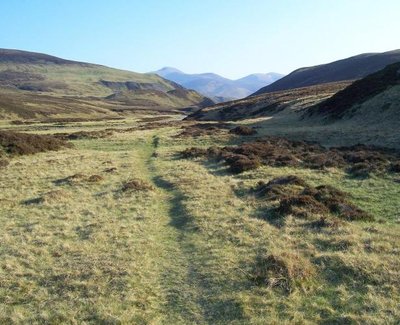 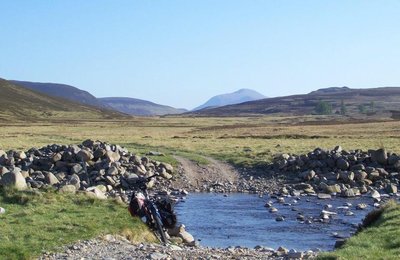 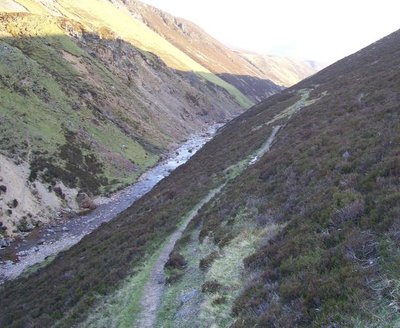 No one believes more firmly than Comrade Napoleon that all animals are equal. He would be only too happy to let you make your decisions for yourselves. But sometimes you might make the wrong decisions, comrades, and then where should we be?
Top

OOoooo look really nice! Think I need to get the mountain bike up there! Let me know if there's a party venturing up in the spring and I'd love to tag along.
Pedal faster, I hear banjos!
Top

Many years since i rode that, I remeber wading the Geldie burn then camping on the other side. That very narrow track we walked and I still managed to slide down to the left with loaded bike above me!
It is a glorious route.
I stand and rejoice everytime I see a woman ride by on a wheel the picture of free, untrammeled womanhood. HG Wells
Top

Thanks for the replies, and the photos - very inspirational.
Anybody who would like to share a lift up there in April, I'm based in the North East, and am more than willing to drive up. I'm planning the route mentioned. Pitlochry-Braemar (45 miles) one day, on the road, but stunning scenery. Back via the Glen the following day. Cheap bunkhouse in Braemar.
Top

I'm more local (Nr Edinburgh) but post up again nearer the time and I'd be happy to chum you along the route.
Pedal faster, I hear banjos!
Top

Milfred Cubicle do you mean Aberdeen or Caithness?
Top

I it's a group outing in April I may also be interested. Glasgow - Blair Atholl train for me most likely.
No one believes more firmly than Comrade Napoleon that all animals are equal. He would be only too happy to let you make your decisions for yourselves. But sometimes you might make the wrong decisions, comrades, and then where should we be?
Top