What plans for 2019?
Entertainer, intellectual, idealist, PoB, 30120
Cycling-of course, but it is far better on a Gillott
We love safety cameras, we hate bullies
Top 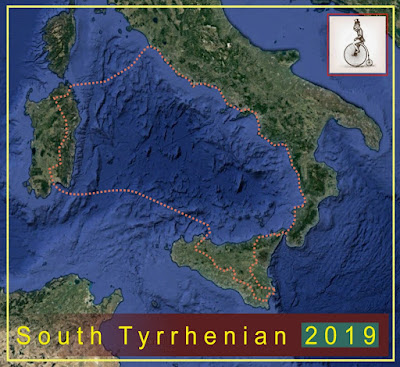 Wouldn't a new thread for 2019 have been better?

One interesting thing about this old one is seeing some of the previous regular contributors who no longer contribute. Shane and Takeonafrica both jumped out at me.
Top

I did change the title to 2019 on my post
Interesting to see what people planned and realised, or not, back then

Could soon be bigger than the b*****t thread
Entertainer, intellectual, idealist, PoB, 30120
Cycling-of course, but it is far better on a Gillott
We love safety cameras, we hate bullies
Top

phil parker wrote:... I will do my first tour in April and probably the west coast of Scotland from Fort William to Tongue and back taking in Skye and the Bealach na Ba pass, which I missed in September due to weather delays, and as many of the coast roads as possible.

A home to St David's to Lowestoft to home triangle.

Hopefully one more Scottish tour featuring either the Orkneys, the Shetlands or both.

It was interesting to re-read this thread and I had wondered what I had written.

I started my tour of the west coast of Scotland from Fort William to Mallaig, but whilst at Portree getting pounded by hailstone, I made a practical decision because of the weather forecast and headed to Inverness and followed the east coast all the way round to Edinburgh then headed through Jedburgh, Alston, Kendal and finished in Manchester. In 2016 I achieved my aspiration of the Orkneys and Shetland as part of an extended NC500.
Top

Great to see this touring thread resurected, its what this forum used to be about.
As for me touringwise its all on hold at present with only fairly short day rides up to 25 miles. The Mrs becoming disabled has meant I am now her carer and cannot leave her for more than 3 hours. We are trying to move to a large house in Devon to live with our daughter and her husband. I am hoping that this might enable me to do some touring again.

Anyway, make me jealous again...What are your plans?

Escape from the pointless Brexit stuff. Lets talk about touring...!

Its that time of year when the planning cogs start turning over in the brain.Love it.

I really haven't a clue. I might do a simple Santander or Bilbao to St Malo / UK or Dorset to Scotland and back. I'm leaning towards the former.
Top

Dreaming of doing 100 km in a day again, later 100 miles
My longest day was 250 km, might not manage that again
Entertainer, intellectual, idealist, PoB, 30120
Cycling-of course, but it is far better on a Gillott
We love safety cameras, we hate bullies
Top

Don't want to feel smug, but I was lucky enough to win 2nd prize in the 2018 CTC draw.
So it means that my brother and I will be enjoying a week with Green Jersey Cycling Tours in the Dordogne in September.
The scenery looks fantastic and they have promised wall-to-wall sunshine. Bring it on!!
But first, a run from Dieppe to Lake Annecy in May/June.
Mrs Dodger will drive the camper whilst I cycle for 30-40 miles each day, then we meet up for lunch and explore each day on foot, before joining young Dodger at the lake.
PS
We normally like to use Brittany Ferries because it's close to home, but DFDS, from Newhaven to Dieppe is less than half the cost, and even cheaper if you're over 60!
Top

We look forward to seeing you in September dodger1 !
Top

bikepacker wrote:On my 60th birthday in June 2003 I made a plan to cycle 100,000 miles in the next 10 years. Having done 95,818 of them as of today, my next years plans are geared to completing the target with a 70 mile ride on my 70th birthday. The rest of the year will include:
3 week cycle camping tour in France in May.
3 week Coast to Coast of France in September
Either Scotland or Switzerland in July for 3 weeks.
Plus other cycle camping trips in UK.

mjr wrote:4. Trains to Maastricht, then ride over the three country corner (Vaalsberg) to Aachen (stop), the Vennbahn (stop) and Troisvierges and then transfer to Breda (stop) and ride back through the Kil and Heinenoord tunnels and Rotterdam to HvH.

That's going to be in summer this year instead of the late Spring used the last few years.

I also hope to ride coast-to-coast in April.
MJR, mostly pedalling 3-speed roadsters. KL+West Norfolk BUG incl social easy rides http://www.klwnbug.co.uk
All the above is CC-By-SA and no other implied copyright license to Cycle magazine.
Top

I'm planning to ride halfway across France this summer, from Caen to a friend's house near Le Puy en Velay. (I was going to start at Saint Malo, but on the day I want to travel, Brittany Ferries are doing their exasperating "we won't sell you a bike space on this sailing because we'll get more money if we save it for a motorist" thing.) I'm dogfooding the route on cycle.travel but it'll probably be La Velo Francette (V43) from Caen to Saumur, cut across to Tours, take EuroVelo 3 south, then turn east via Limoges.