What folding bike for target price £400 ?

What folding bike for target price £400 ?

I know somebody who is thinking of buy a bicycle to be pooled among various individuals.

Probably done 30 miles. Like new. It is dark grey. 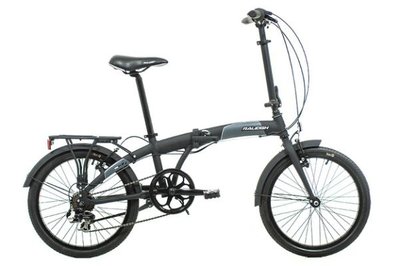 I know somebody who is thinking of buy a bicycle to be pooled among various individuals.

There is no useful answer possible - it all depends from the needs of the users and the real world usage of the bike. Bromptons tend to last and they are unbeaten regarding the fold. So if the folded size is critical possibly a Brompton is hard to beat. If folded size does not matter another bike may be in the lead. If the persons intended to ride the bike are of vastly different size a Brompton may also not be optimal as the height of the bars is fixed (though an M model may be a fair compromise for most riders). If the roads to be ridden are rough a Brompton may be the wrong way. And so on and so on. In general I'd say a Brompton is rarely totally wrong (and often very good) and if it turns out to be the wrong bike for the needs it is normally easy to sell it w/o loss in case of a used bike. Other brands may be (far) worse regarding that. Trouble with cheaper/older used Bromptons in the uk is that they often seem to be pretty beaten up and a bit neglected mechanically, thus in need for extensive maintenance that is not difficult to perform in most cases but adds to the cost. The fact that it is often possible to buy other folders that are barely used for cheap may make one think that there may be a reason for that...

So find out about the needs and it may be possible to give a more useful answer. Still in most cases it is in the end a matter of taste I'd say.
Top

You will struggle to find a Brompton for 400 pounds... last time I looked, 600 was the starting price for most auctions. That said, if you could stretch the budget a bit, it's money in the bank... it won't depreciate and will serve you well...

Not a big fan of cheap folders... they don't fold well

I find Bromptons to be a twitchy ride making signalling difficult. I much prefer Dahons and Terns.
Top

My Bike Friday was £350 second-hand - a superb bike for touring and train-out-bike-home, but too unwieldy for day-to-day commuting. I've occasionally seen other "premium" folders go for under £400 (including, once, an Airnimal Chameleon - an absolute steal!) but you have to scour the various auction/second-hand sites...
cycle.travel - maps, journey-planner, route guides and city guides
Top

The S bars are very stable... the M less so
Top

The S bars are very stable... the M less so

That's what I had, along with the titanium bits including titanium seat post.
Top

It seems it takes some folk a little while to "dial in" (most often measured in minutes), but this doesn't seem to be a general long-term problem. I've taught people to ride (children and adults) on Broms, and while I'd agree it's not the best machine to ride no-hands on, as long as I've got at least one hand on the bars the handling is fine.

It is different, and it's easy to think of that as "worse", but once you're used to it then it goes from "twitchy" to "responsive" and is a feature, not a bug. Same goes for Moultons.

Something I find overseeing riders new to recumbents, or teaching new cyclists to ride one-handed, and may be the same thing: handling is different than they're used to, so they tense up and grip tightly. Most steering is unconscious, and gripping the bars tightly (particularly one handed if there is any weight on the bars) interferes with that. Stay relaxed and a Brom handles fine, including typical tracks without too much in the way of big bumps.

We have a Giant Halfway as a pool folding bike at work - similar to a Stowaway. It's not too bad to ride, but it's a bit of a lump to carry when folded. I delay folding for as long a s possible when taking it on a train or even try to travel with it unfolded. It's also quite a bit wider than a folded Brompton.
A cart horse trapped in the body of a man.
http://www.jogler2009.blogspot.com
Top

pjclinch wrote:It seems it takes some folk a little while to "dial in" (most often measured in minutes), but this doesn't seem to be a general long-term problem.

I agree. In fact, I find that with many bikes, which makes reviews, test rides, or any relatively short-term assessments, slightly unreliable!

I found my Brompton a bit nervous on corners at first. After a few months of riding, it turns out that it wasn't nervous at all, but I perhaps was. Now I throw it round them as happily as any machine.
Top

I would say my Brompton corners better than my road bike by quite some margin.
I've reached 35 mph downhill and it was still very stable.

As per above, I can't really go no hands, which I can on big wheeled bikes... anything else is absolutely fine
Top

Just to note that Raleigh buy the folding frames from Dahon (largest folding frame manufacturer in the world). Tern was set up by the ex wife of David Hon (with her son) in competition to her ex (sounds like a messy divorce!). I've had a 7 speed Dahon Jack for 11 years, sadly they're no longer made. 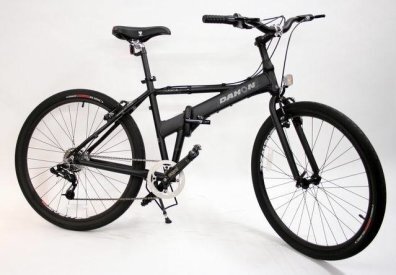 The O/P could do worse than take a look at the offerings from Decathlon, they seem to manage a reasonable balance between decent quality & reasonable prices.

I'm definitely loving the Brompton experience, after a couple of minutes I couldn't tell the difference between it and one of my "grown up" bikes!
Derek - The enlightened petrolhead

The fork has too little trail for the wheel size, if it had a straight fork it would handle better (not require so much user input to hold a line).
Top
Post Reply
15 posts • Page 1 of 1