basingstoke123 wrote:One problem with laws and regulations is that they lag behind new ideas and new developments.

Sometimes this results in laws failing to regulate new developments, or having requirements that have become irrelevant.

Other times, out of date laws and requirements can inhibit new developments or improvements. The laws and requirements were never intended to cover something like the Segway, and so, in my view, they fail to give appropriate regulation. To make using a Segway illegal just because it doesn't fit previous 'vehicle' categories is plain stupid. To declare them illegal because they are considered unsafe would be different. But, according the the posts above, they are illegal just because the law and requirements were written before the Segway was invented, and so does not know how to make provision for them.

I do not know whether Segways should be allowed or not, whether they are a 'good thing'. But to effectively make their use illegal because a Segway isn't something that it isn't, is nonsense.

We had a similar situation when LED cycle lights were first introduced. The technical standards were written based on the assumption and thus requirement to use a filament bulb. The difference here was that common sense prevailed. The police were not bothered that your much brighter light was illegal, and did not insist you replace it, or supplement it, with a far dimmer but legal light.

Cannot agree there, in fact the judge in Taylor v Goodwin (1879) specifically tackled the argument:

"The expressions used are as wide as possible. It may be that bicycles were unknown at the time when the Act passed, but the legislature clearly desired to prohibit the use of any sort of carriage in a manner dangerous to the life or limb of any passenger. The question is, whether a bicycle is a carriage within the meaning of the Act. I think the word "carriage" is large enough to include a machine such as a bicycle which carries the person who gets upon it, and I think that such person may be said to "drive" it. He guides as well as propels it, and may be said to drive it as an engine driver is said to drive an engine. The furious driving of a bicycle is clearly within the mischief of the section, and seems to me to be within the meaning of the words, giving them a reasonable construction."

It seems entirely logical to me
Top

It seems entirely logical to me

Agree with none use on pavement.

But use on roads? Bicycles meet none of these requirements, but are allowed on roads. (Lights are only needed at night). Tax, insurance, and inspection are not valid reasons because these are dependent on the 'vehicle' meeting technical requirements to start with. I think the question should be - are there technical reasons to ban Segways - other than they are different?

If bicycles had only been recently invented, would we be allowed to use them anywhere in public?
Top

drossall wrote:That's interesting. I'm not sure however that I understand on what basis it's possible to argue that a Segway or electric scooter is a motor vehicle, and an e-bike is not. For that matter, "the DoT considers that..." doesn't seem much of a basis anyway. Surely there has to be some kind of legislation or other instrument?

IMO, The key term is "mechanically propelled vehicle", not motor vehicle. (FWIW, motor vehicle was largely dropped - RTA 1988(?) because it had gathered so much legal baggage.)

AFAIK, this review is to consider whether more electrically powered stuff should be permitted in the same way.

Am I right in thinking that, in general, you can use anything that isn't a danger to everyone else? What about skates for example (which I believe I have seen on occasion). Not that I'm sure I want to find myself suddenly confronted with a pogo stick emerging from a side road, you understand.

I don't think there's any sort of a general ban on stuff that's a danger to everyone else: we wouldn't need the specific bans if it were so.

I've never seen anything banning pogo sticks, but when there are wheels but no mechanical propulsion it's a matter of interpretation. It's settled law that a pedal cycle is a carriage in this connection. The only decided case I can think of about prams was a civil one IIRC (it's been linked in previous footway discussions) and it was held that a pram was ok. I cannot imagine that roller skates would be treated as a carriage, although they are routinely banned in privately-owned places like shopping malls.

I think that this review is just to allow the govt., to permit more stuff like segways. My point, which I seem completely and utterly to have failed to make, is that the Highways Act 1835 is the legislation routinely used to deal with pavement cycling. I cannot see that the Highways Acts have much to do with banning segways etc., that's the RTA and licensing regs. I fancy that the govt has just thrown in the 1835 act in its media release to give the impression it's some sort of legislative modernisation. However, this seems to offer an opportunity to carry out the review which should have taken place before Blunkett extended fixed penalties to this in a clumsy attempt to deal with pavement cycling. We wouldn't be discussing weasel words about police discretion had that happened.
Top

I got overtaken by another electric scooter today

I've never seen anyone react to them in any way that would suggest awareness that they were illegal.

Do you think we can get the same review to ban the use of PSPOs to regulate traffic, instead of merely instructing councils not to do it?

drossall wrote:... Do you think we can get the same review to ban the use of PSPOs to regulate traffic, instead of merely instructing councils not to do it?

I don't know, but I do know that some campaigners on enforcement issues have been much more successful than cycling campaigners, the obvious example being personal violence. I do believe that the grassroots campaigners are there: two prominent examples are the number of people who signed the HC petition in 2008 (1,000,000+ ?) and the number of generous people who stumped up for the mats. It needs leadership.

As an example of what I'm trying to say, when Blunkett introduced fixed penalties for pavement cycling - at the height of the Notional Cycling Strategy - IMO the response should have been "OK, Minister, but lets be clear why people ride on footways: the roads are unsafe. What's your government going to do about that, Minister?"
Top

Can’t find it, but there was a recent similar post on here

The outcome was that e/bikes, cycles and similar were being included in discussions, not to legislate, but to ensure that they were included

I.i. There would be no change
Top

It seems to me that we have a totally unsatisfactory situation in that the CPS sets out its understanding of the law, but then says:

Where the police refer a case involving a Self-balancing Personal Transporter to the CPS, the prosecutor should, as is usual, consider the facts of the case, having regard to the licensing considerations set out above, and apply the two stages of the full code test in the Code for Crown Prosecutors when deciding whether or not a prosecution should proceed.

Subtext: "we will then find one reason or another not to proceed with something like this."

On a couple of occasions when the CDF has decided to defend cases to get some sort of policy decision (one about cyclists at traffic lights finding the ASL occupied by a motor vehicle, another about a poorly marked cycle track) the CPS simply refused to stand and fight.
Top

As vehicles used on the road need to meet defined standards surely the logic is that if there is no ‘standard’ then it can’t be used. As long as these things can meet expected road conditions (particularly speed, manouvering and braking) then introducing a ‘standard’ allows manufacturers to design appropriate machines and sell them. Overall, I believe a greater variety of options for people to use to get around is a good thing and would reduce reliance on large motor vehicles particularly for local trips around our towns and cities. That said, I don’t like footways being used by anything other than pedestrians although would tolerate toy bikes, board scooters and skateboards used by young children (certainly under 11 maybe younger).
Top

It seems entirely logical to me

Agree with none use on pavement.

But use on roads? Bicycles meet none of these requirements, but are allowed on roads. (Lights are only needed at night). Tax, insurance, and inspection are not valid reasons because these are dependent on the 'vehicle' meeting technical requirements to start with. I think the question should be - are there technical reasons to ban Segways - other than they are different?

If bicycles had only been recently invented, would we be allowed to use them anywhere in public?

I think segways have died out, certainly hope so

Can anyone tell me why you can't use an electric scooter on the road?

This was a problem during the late 1990s with the proliferation of the Go-Ped in the UK. Some had a petrol engine and some were electric-powered.
Lord Justice Pill and Mr Justice Bell closed a loophole through the case of R v Saddington, who rode a petrol-powered Go-Ped in Harrogate, by classifying them as a motor vehicle.
"The test is whether a reasonable person would say that one of its uses would be on the roads. That person must consider whether some general use on the roads must be contemplated and not merely isolated use or use by a man losing his senses."

The Road Traffic Act 1988 says that a motor vehicle must be insured, and which company is likely to insure a powered scooter that isn't fitted with lights, seat belts, etc etc. Effectively they were made impractical

I do wish people would use 'can' and 'may' correctly

Mind, 'can not' might almost be right here, segwys are so heavy and unwieldy it might be hard to get one up a kerb. One earnestly hopes they have been consigned to the dustbin of useless inventions
Entertainer, intellectual, idealist, PoB, 30120
Cycling-of course, but it is far better on a Gillott
We love safety cameras, we hate bullies
Top 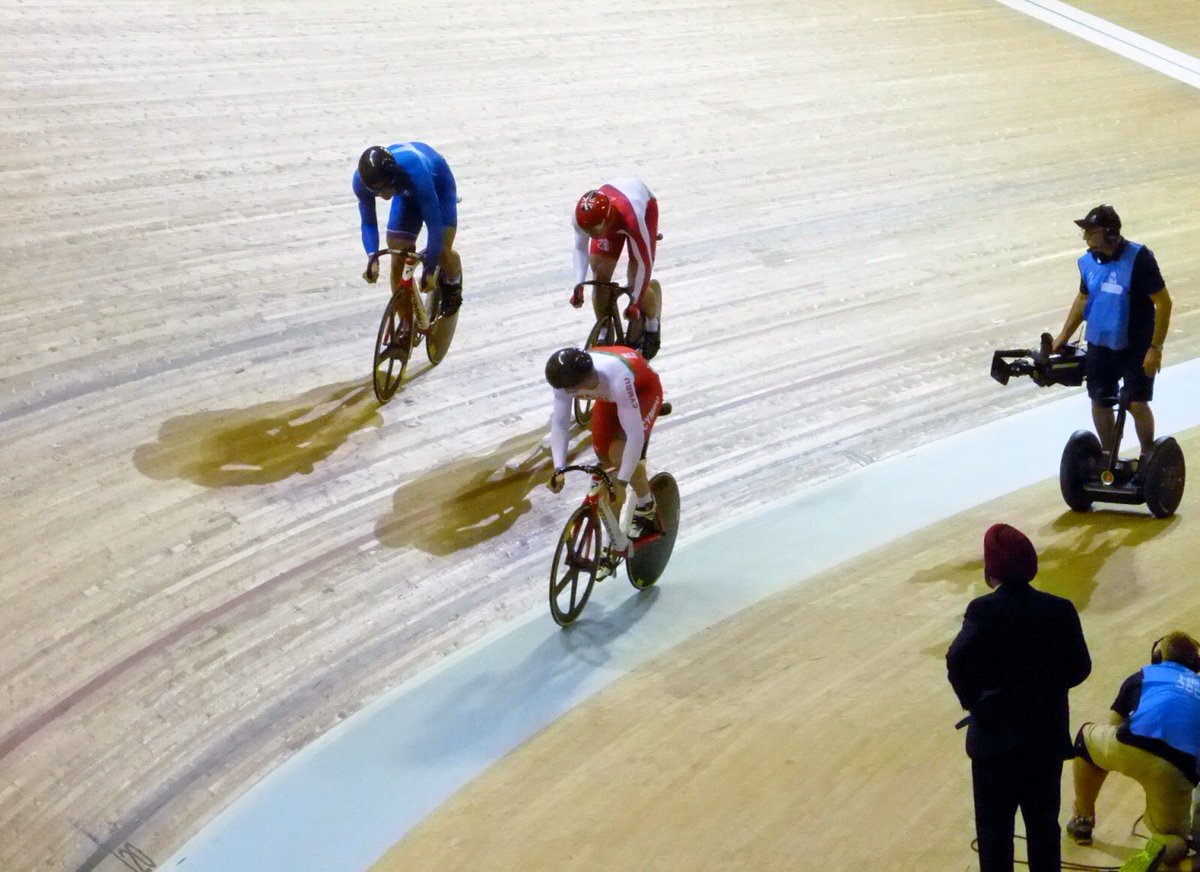 I work one block down from the orthopaedic rehab bit of NHS Tayside, and they have one that occasionally passes my door. I had a go on it once, they're pretty cool, but I'd say belong in a niche (which is where they've ended up) rather than as a general transport solution.

From distant memory, part of the motor vehicle regs include the statement " mechanically propelled vehicle made intended or adapted for use on the road. "
The legislature needs keeping an eye on. I went to a meeting a few years ago in Birmingham where proposals were being discussed to compel cyclists off major routes in the City.
Top
Post Reply
51 posts