Now we have something / quite-a-lot to discuss and celebrate.
Post Reply
296 posts

L’Equipe and medical car interview are both reporting torn muscle

And one of his FdJ teammate just said that "2 days ago he tried to avoid a crash and he hit the handlebar. Just after that he had a lot of pain already"

REALLY too bad for him!!!
Top

Stage is terminated because of the hail on the road. crazy! Timing is of the col de l'Iseran.
Top

Yup, well done Sagan, all his whining about extreme weather protocols and he's got his wishes, spoilt the race when the riders would have wanted to carry on!
Sure there was a bit of a covering but jesus wept they ride in far worse on the Giro!
Typical of the French not to be able to sweep a few hundred metres of a light dusting despite having a vehicle out there, much like their parcel delivery absolutely shambolic!

EDIT: ok, later videos have now being shown and it's a hugely different story to the first shots that showed a light dusting, still reckon they could have ridden through it 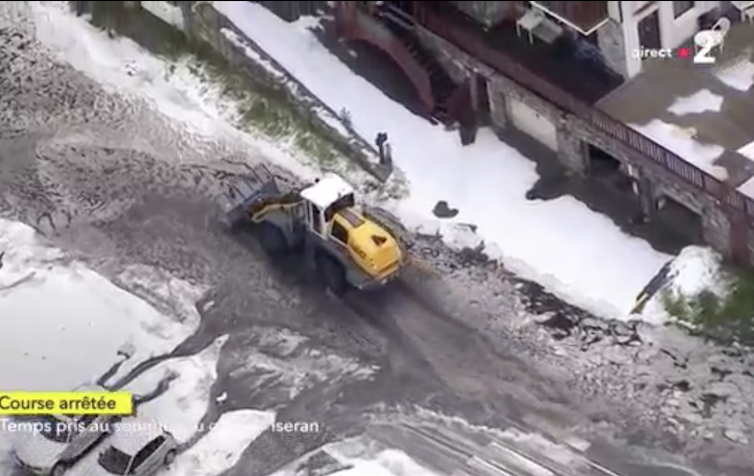 Alaphillipe was done anyways, he would have gained time on the descent to the Thomas group but would have lost even more over the last climb into Tignes, could maybe have saved him a podium spot tbh.
Top

I don't know what length of route directly so bad, but assuming localised - say a km or 2 - why could they have not simply pushed? Tour finally commercialised out of any meaning.
Top

djnotts wrote:I don't know what length of route directly so bad, but assuming localised - say a km or 2 - why could they have not simply pushed? Tour finally commercialised out of any meaning.

Sagan was having a big old whinge the other day citing extreme weather conditions, so now to protect the riders they've had to act, despite the fact they'll all have wanted to carry on and as you say they could have neutralised, got through the problem area and set riders off with the gaps they had at the neutral isation. Surely with the tracking devices they know where they were at same point on the road as it's been showing on our screens!

As I said it's saved Alaphillipe a podium spot for the time being.
Top

Just read that there was also a landslide! No more details.
Top

Alaphilippe will not be on the podium in Paris.
But he certainly made the TdF this year more interesting!
Top

Photo of landslide on Road CC. Looks difficult to drive a car through.
Top

Mike Sales wrote:Just read that there was also a landslide! No more details.

We'll never know what would have happened, which is annoying. Some idiot asked Dave Brailsford if he was happy Team Ineos may have just won the tour because of a natural disaster. It isn't won yet, and if they don't win it, it could be because of the weather, as they both may have gained more time on the final climb.

Tomorrow should be exciting.
Top

Mike Sales wrote:Just read that there was also a landslide! No more details. 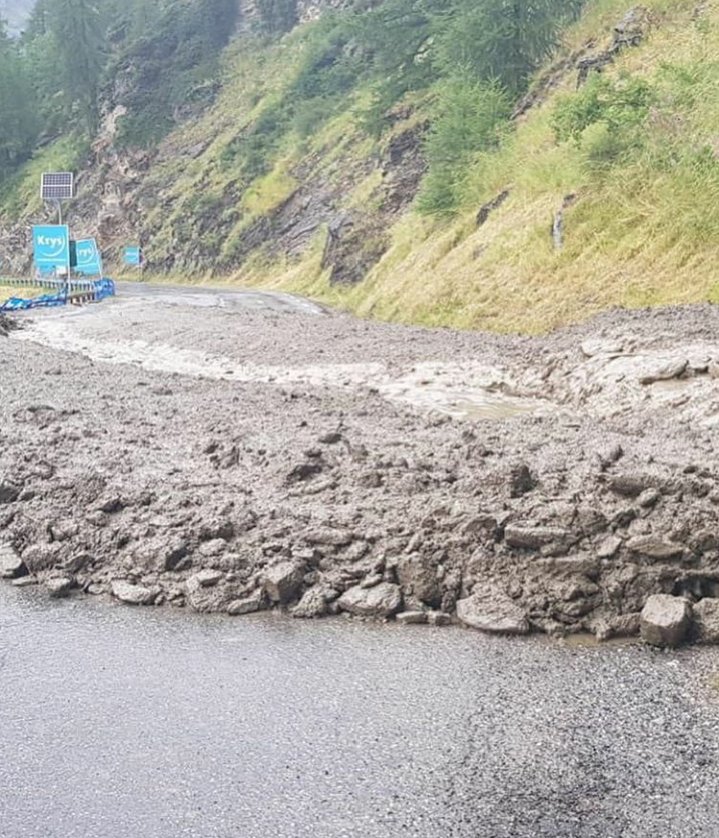 I'm impressed with the organised neutralisation and cancelling of todays race, shows good care and concern of rider safety.
Top

ITV Sport commentator: "Never has a bulldozer driver been put under so much pressure with the whole world watching him do his job!"