This came off an old machine that I was fortunate enough to come by. The chainring ( and pedals) are both chater lea, so I assumed that the cranks were. On looking around they don’t seem to be the same as other Chater lea cranks, specifically the rounded CL cranks had all 3 arms visible rather than 1 hidden behind the crank arm.

IIRC one of the few makers who put one of three bolts behind the RH crank was Magistroni. Their cranks are also stamped with the last two digits of the year of manufacture if made in the 1950s or 1960s.

I'm not sure if CL chainrings would fit a Magistroni crank or not. There are probably several other makers who did it the same way for some of their models, but most of them were the other way round

Hilary Stone had these for sale 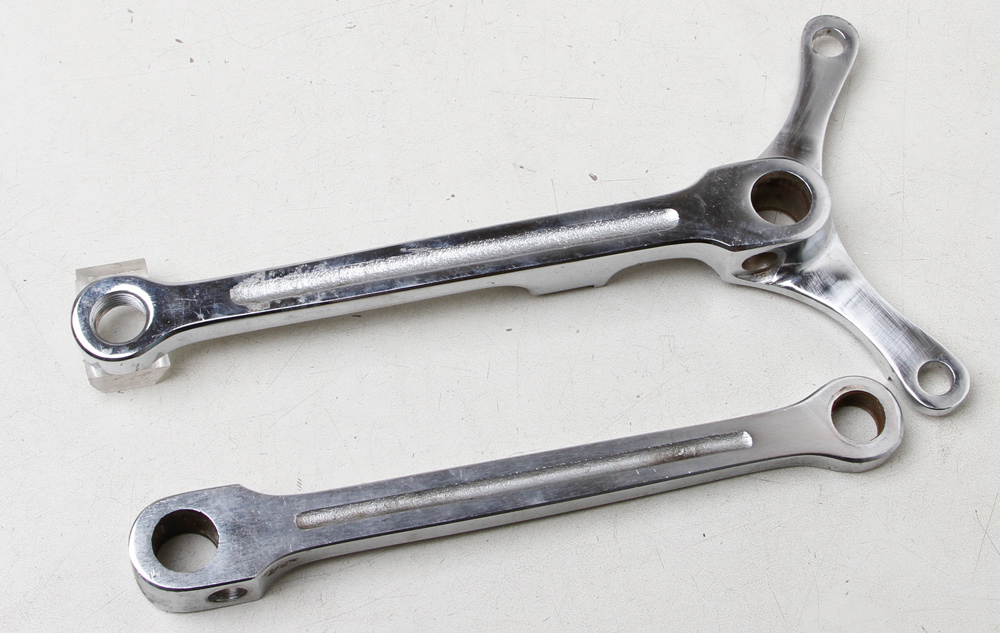 but I'm not sure even he managed to identify them. 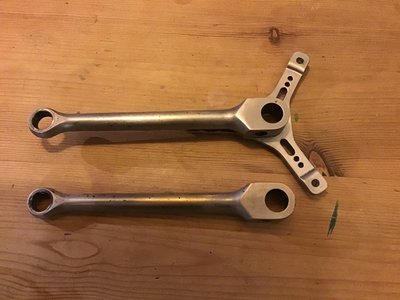 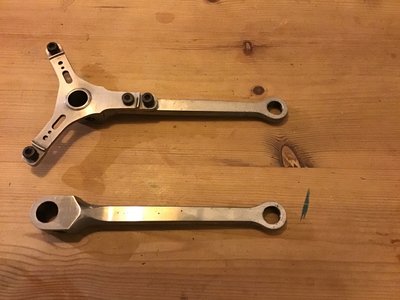 The rest of the components were 1940s (except the rear mech) and the frame from just before the war, so I doubt it’s later than the late 40s...
Thanks for the replies so far
Top

show similar cranks to yours, so Chater Lea could be the maker.

Elsewhere on CL is mentions that round cranks were introduced by Chater Lea in 1948, but the pictures show three arm ones not two-arm ones.

I am thinking Williams C1000 or C 1200 initially, from the way the ring is fixed, with a non standard ring. The EBW mark usually on the ring Chater Lea are generally marked CL somewhere. The 'early' round Chater Lea had a nasty habit of breaking apparently (No personal experience here , family friend broke a pair within 6 months, they were replaced with the squarer type free of charge.) They do have one fixing bolt behind the crank arm.Other contenders are Durax, Magisttoni, but they are generally engraved with the makers names somewhere, in fact have a look at the Classic Lightweights Website equipment pages.
Top

Cancel that, the round cranks probably do mean Chater I focussed too much on the ring fixing.
Top

Thanks for the replies, there’s no marks on the cranks that I can see anywhere.

I reckon they probably are CL, just not like the ‘normal’ round cranks.

I cleaned them up with the thought of selling them ( I want a lee cooper Audax frame...), but I think they’re rather good looking so I’ll probably hang on to them for now...
Top

What frame did it come if, was it in good condition@
Top

Good question. It was on a bike that I rescued from oblivion. It’s a late 1930s Hobbs of Barbican raceweight. It’s very tatty, and had been hand painted, including over the (shot) chrome, but it is straight and not rusted through.
It’s probably one of the earliest of the marquee that’s still around, having been made in London before the blitz forced a move out of town...

I stripped it down ready for a rebuild... but that was 8 years ago now.. So I’m going to sell the frameset to help fund a new Audax frame (any collectors out there? 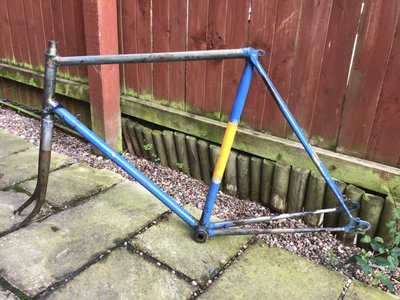 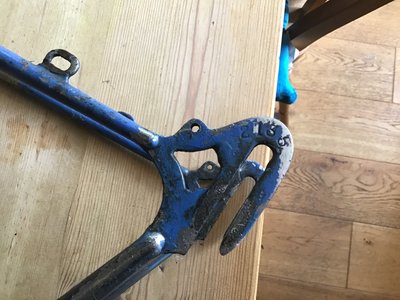 Rear dropout with frame no.
Top

it looks like a really nice frame; shame it's not my size!