For all discussions about this "lively" subject. All topics that are substantially about helmet usage will be moved here.
Post Reply
118 posts

This morning I entered a supermarket - Tesco - for the first time since February, to collect my asthma medicine and buy some flowers for my wife's 63rd birthday tomorrow.

Everyone, including staff except for those behind screens at the checkout, were wearing masks. Not a big deal. There seems to be a general decency about. Just a few numpties who appear whatever the particular issue.

A guy in Jedburgh was fined this week for refusit to wear a mask after he had been reminded of his obligation. Like I said, just a few numpties.
John
Top

Thore perspex ones like welders masks are good
Entertainer, intellectual, idealist, PoB, 30120
Cycling-of course, but it is far better on a Gillott
We love safety cameras, we hate bullies
Top

Cyril Haearn wrote:Thore perspex ones like welders masks are good

They are not meant to be worn without a mask as well as droplets still escape downwards.
John
Top

Jdsk wrote:Risk compensation should always be considered as a possibility. But it then needs to be looked for to see if it's happening in the setting of interest. Not assumed because it supports one side of an argument.

Masks and helmets are very different because masks probably protect other people.

Risk compensation basic funamental is human nature - put us in a situation where we perceive a risk and we act more cautiously.

If you were at the top of a hill and I asked you to ride down it you would have no issue - if I were to cut your brake cables and I asked you would think twice. That is risk compensation - I don't need to conduct an experiment to prove it applies in that particular situation - it is universal.

This isn't an argument against safety measures per se, but the effect always has to be taken into account. The real problems occur when the perceived protection of a safety measure is greater than the actual protection - as with cycle helmets. Or where the measure only protects the user inducing them to take greater risks that put other people in danger - as with seat belts.

With masks it is the former.
Top

Pete Owens wrote:[With masks it is the former.

What's the supporting evidence for that, please?

Pete Owens wrote:[With masks it is the former.

What's the supporting evidence for that, please?

The empirical evidence for any protective effect of masks (as worn by the public rather than fitted to properly trained medical staff) is marginal at best - and they could actually increase the risk of transmission by the fact that people are constantly fiddling with the things - thus touching their faces. If someone is coughing and sneezing a lot they are likely to reduce the projection of large droplets - but these people should not be out and about.

The public perception on the other hand is of a highly protective essential safety measure - hence the impassioned advocacy.

Indeed it is likely that the reason for the government making masks compulsory IS the risk compensation; that they want us to take more risks. It is not a coincidence that it was announced just at the time when the government is urging us to go to restaurants, bars and shops, use public transport and get the economy going.

And those in denial of risk compensation just have to walk down the local high street. Shops that had measures in place to operate safely - one-way systems, numbers limits and so on started to abandon them as soon as masks became compulsory.
Top

Pete Owens wrote:The empirical evidence for any protective effect of masks (as worn by the public rather than fitted to properly trained medical staff) is marginal at best

AIUI, there’s plenty of evidence that they significantly reduce the dispersion of droplets from the nose and mouth. Intuitively, one would expect that to make a worthwhile difference, as long as risk compensation doesn’t negate any benefit.

FWIW, the ritual of fitting the mask seems to make me feel more “alert” and I find myself actively seeking other mitigation measures provided by the shop I’m entering, although perhaps that will wear off in time.
Top

Pete Owens wrote:The empirical evidence for any protective effect of masks (as worn by the public rather than fitted to properly trained medical staff) is marginal at best

AIUI, there’s plenty of evidence that they significantly reduce the dispersion of droplets from the nose and mouth. Intuitively, one would expect that to make a worthwhile difference, as long as risk compensation doesn’t negate any benefit.become less

But that is not evidence for effectiveness at reducing transmission - it is just taking measure against the things that common sense assumptions tell you might work. Intuitively yes - if you are assuming that the main mode of transmission is coughs and sneezes then a face covering is going to catch some of them.

And precisely because it plays to our common sense - we presume it is effective - we think we are protected that risk compensation comes in. People are becoming less careful with social distancing, entering busy shops, sitting next to each other on buses and so on.

FWIW, the ritual of fitting the mask seems to make me feel more “alert” and I find myself actively seeking other mitigation measures provided by the shop I’m entering, although perhaps that will wear off in time.

Perhaps by thoroughly cleaning your hands before handling piece of cloth that you are going to attach to your face, making sure you store it in a place where it is not going to contaminate anything, or become contaminated by anything. Not waving it around or putting it on surfaces where infection could be picked up by other people.

Basically, you really shouldn't be taking the thing off and on all the time - put it on before you leave the house and straight into the washing machine when you get back.

Just look at some of the vox-pops you see on the news of mask wearers advocating compulsion and denouncing the refusenicks. See how half of them have their noses hanging out, how they are constantly touching their faces to fiddle with the mask, how their are standing in close groups with their friends.

I stopped at a cafe yesterday - it was well organised, hand sanitisers available, well spaced outdoor seating separate entrances and exits. But oh dear the waitress was wearing a mask - sometimes it covered her face, sometimes it was under her chin, sometimes her nose poked out. This meant that if she was infectious and the mask at worked at some point in the morning to catch a cough, then she would be constantly re-infecting her hands every time she made one of those adjustments.
Top

I seem to remember reading that the evidence for social distancing and hand washing is no “better” than that for masks, i.e. there are no randomised controlled trials for any of these measures because it’s not practical.

As for constantly adjusting the mask, I don’t go to shops much so this isn’t really an issue. If I wear the mask for 5 minutes then take it off on leaving the shop and put it down in my house for a few days, any virus particles will have become inactive by the next time I use it.
Top

If a waitress spent her shift in a cafe and she was infectious and didn't wear a mask then just think what may have been contaminated with droplets. Tabletops, cutlery, napkins, chairs, door handles, food, you....
Top

IIRC the suggested distance was 8m. The govt had a think about it and opted for 2.

I think there's plenty of evidence to suggest that masks reduce the R value - we hopefully wont have the time to conduct a proper study to find out why.
If I had a baby elephant, it would point out that there is no evidence for planing. Then it would eat all my bananas.
Top 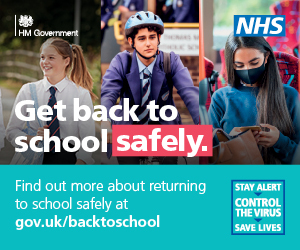 and it has come to pass...
Top

The lad in the Magic Hat is protected from 85% of coronavirus transmissions (probably...)
Often seen riding a bike around Dundee...
Top
Post Reply
118 posts