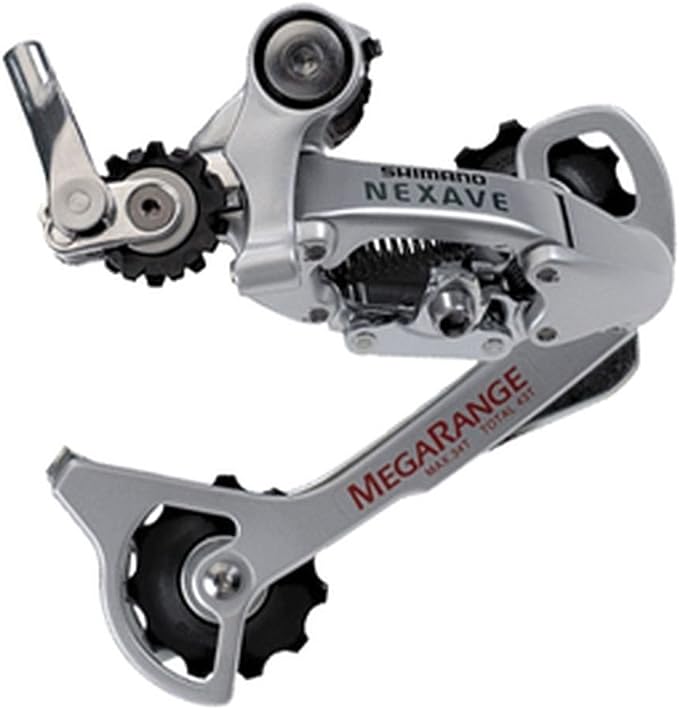 A later T300 7-speed version was nothing very interesting, but for 2001 C900 had separate 'tap fire' shifters' , 9-speeds, and the rather more successful introduction of the C901 hydraulic disc brake, Shimano's first disc brake since the 1970s. 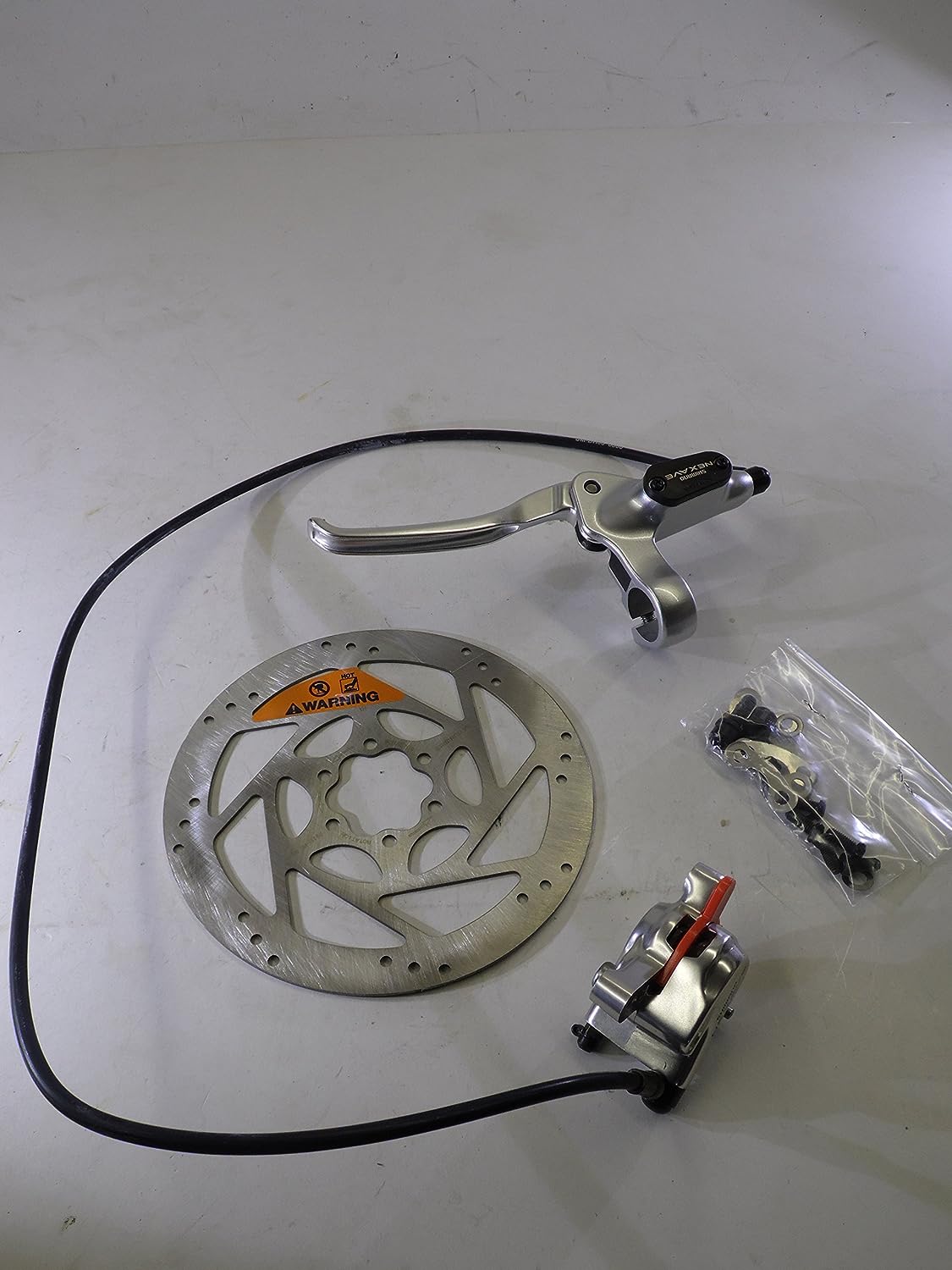 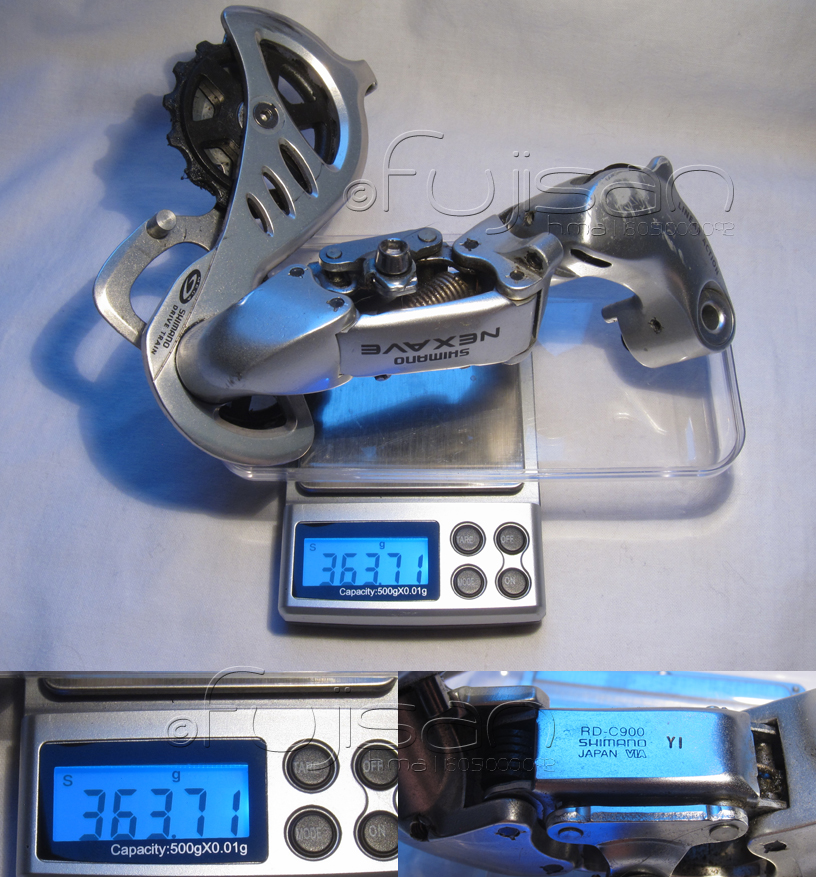 As well as the C900 'SPCM' (Shimano Power Change Mechanism) front derailleur, which promised to harness the force of the crank to help the FD shift 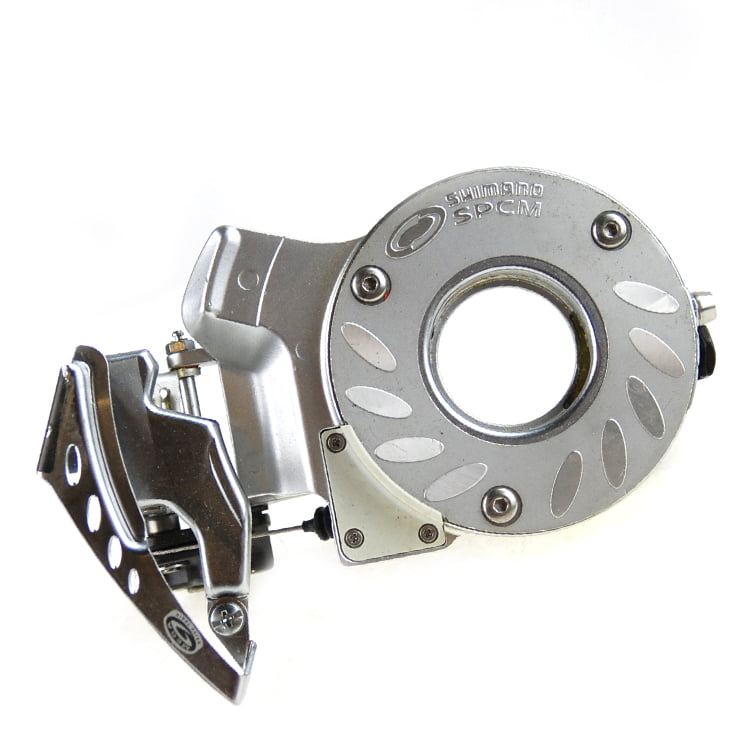 LinkGlide appears to have been a 9-speed cassette with the 9th cog removed - Shimano said it would work well with 9, not 8-speed chain.

The chainset was 46/33, so perhaps not so 'comfort' when going up a hill with all that weight.

Note 'Digital Integrated Intelligence'/Di2 referring to a full integration of suspension and gearing. The current systems only deal with gearing, but as is common the original meaning of the acronym has been lost.

Like automatic drives in cars, the system has three modes of operation for different styles of cycling: Drive mode is suited for most riding conditions, the low setting keeps the system in low gears for climbing, and sport mode shifts quickly through the gears for faster riding.

Any one of the three travel modes is activated by simply pressing a button located on the bicycle's Flight Deck. A fourth button switches the system from automatic to manual.

The bike's suspension system is also adjusted automatically, depending on the bike's speed and pedal cadence.

If the bike is in a low gear and the pedal cadence is high, the system assumes the rider is climbing. The front and rear suspension are stiffened via a hydraulic damping system to make it more rigid: When it's stiff, the suspension absorbs less pedal power as the rider pumps uphill, allowing more of the pedal energy to be devoted toward propelling the bike.

As the bike's speed increases, the system softens the suspension, allowing it to soak up more bumps and deliver a smoother ride.

Nexus C910 was promoted via 'PremiumComfort.com'

The first bike that thinks with you. 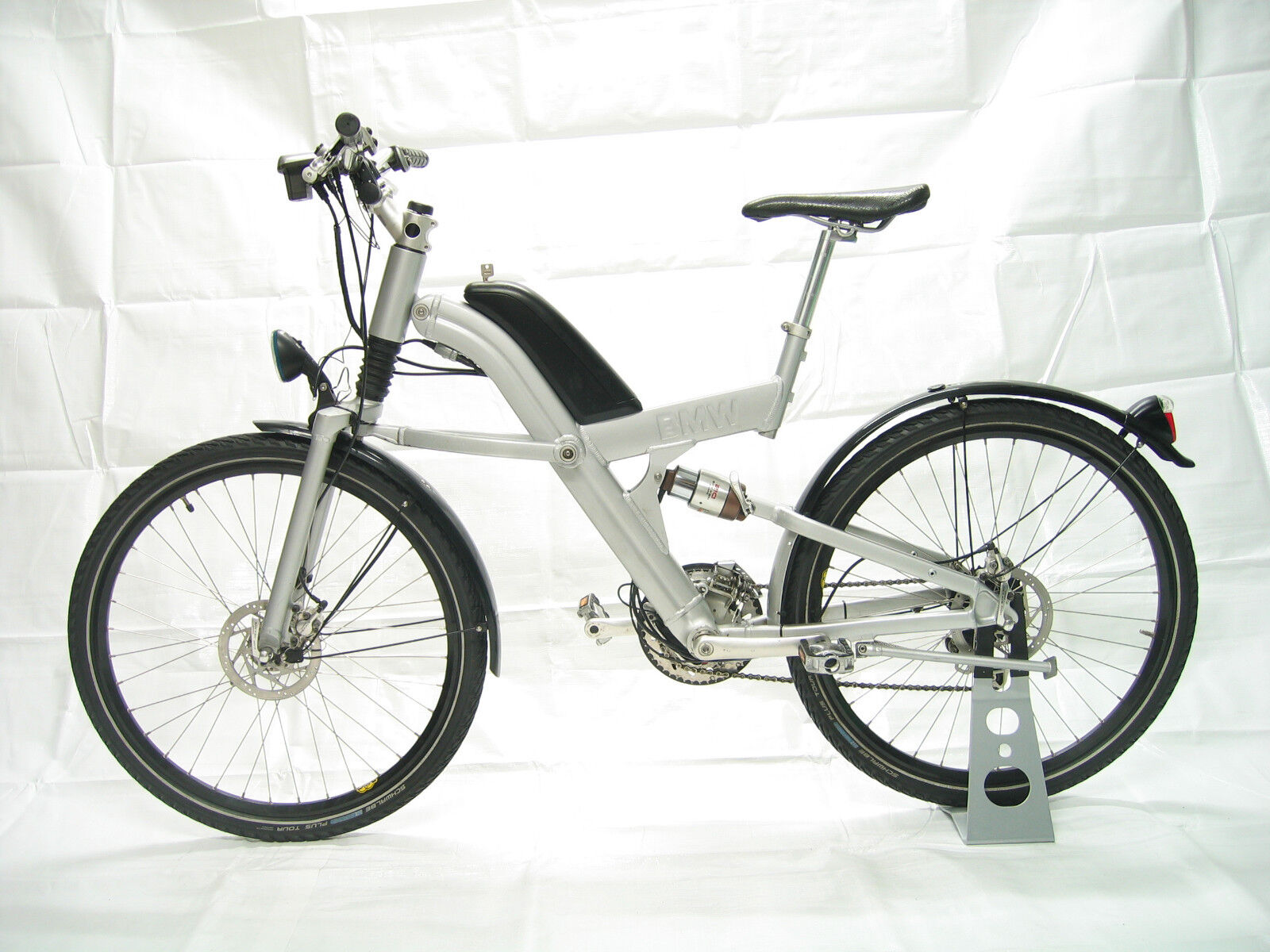 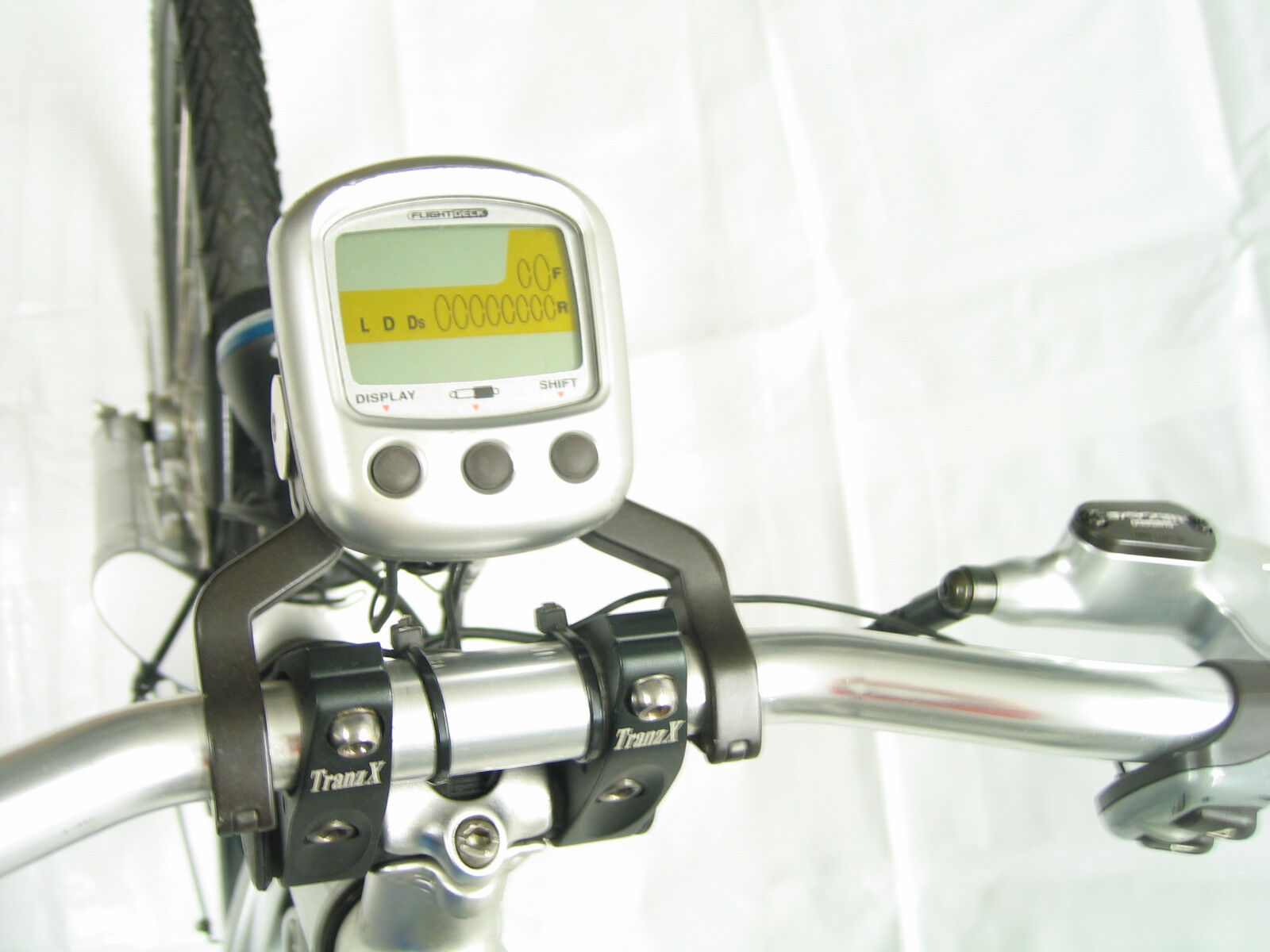 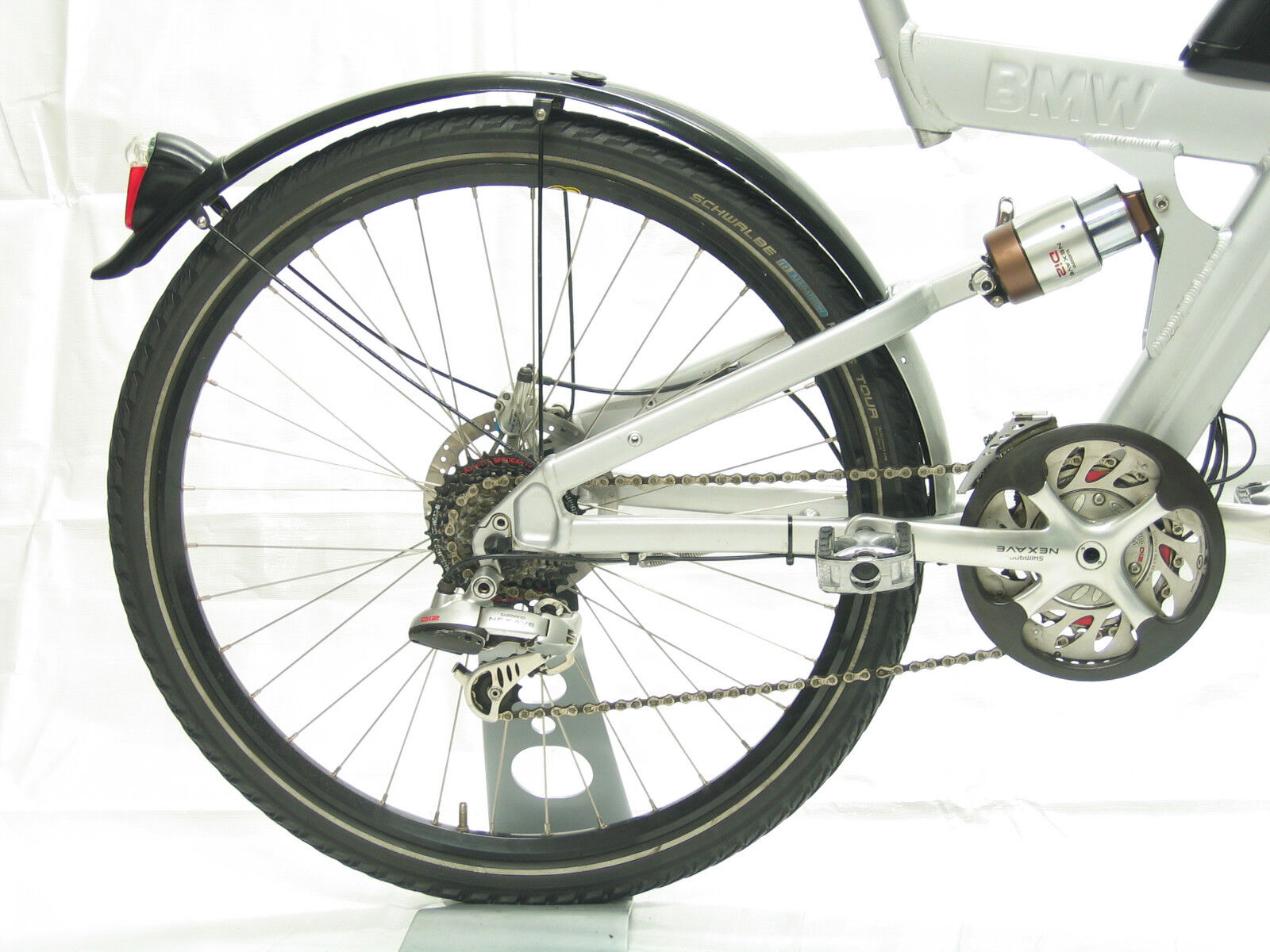 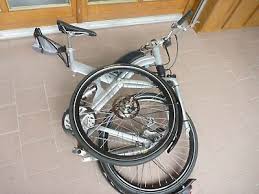 This was the Epple Fu:Hur Di2 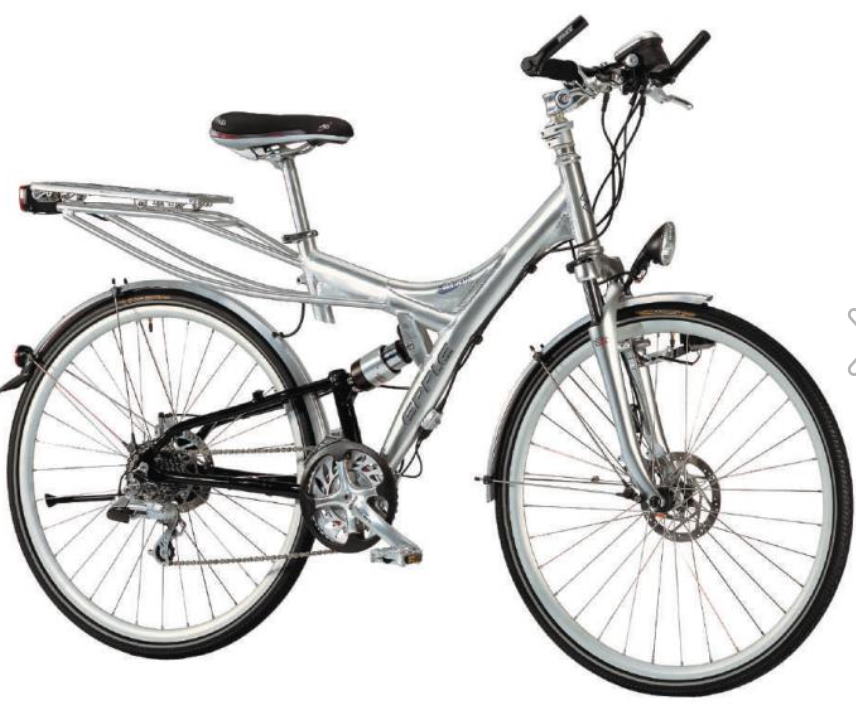 Although it looks unusual, there were many non-Di2 Fu:Hurs made 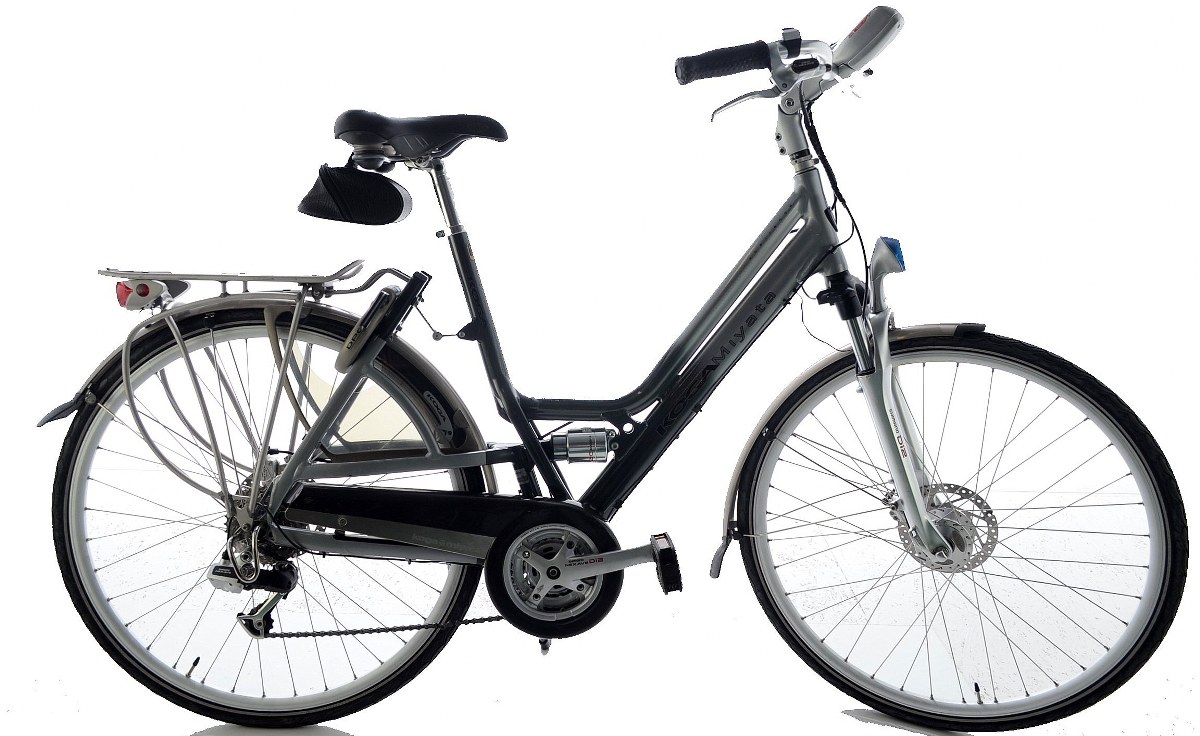 It was a little different in design:

but still had the suspension. It also added a dynamo hub, shown in the image, to power the motor, and the front derailleur was this abomination:

There were three automatic gear modes 'powerful', 'smooth' and 'relaxed/hilly'. "If the suspension is set to AUTO, the suspension changes between H (hard) mode and S (soft) mode depending on the speed and the front and rear gear positions."

The chainset was also upgraded to a more sensible 46/34/24 model.

Nexave was discontinued in 2010.
Top

Nexave freehubs often featured the utterly rotten 'silent clutch' design. I don't miss those at all.

Most Nexave stuff seemed pointless and/or stupid when it first came out and has (quite rightly IMHO) been flushed down the toilet of history.

The hub shown above has the splines for a nexave roller brake.
Read what Sheldon says about them.