Has anyone toured this route recently? All the stuff I can find online is a few years out of date. I am aware that the French are improving their routes and I wondered if this was one of them.

Hi Tina, I toured a lot of this last summer on my way to Africa, the route was pretty good, no problems other than some trees down after a storm. I'm sure they will be cleared now. Some of the route wouldn't be great on an out and out road bike but fine on any tourer.

Great stuff thats all I really needed to know.
We plan to use the route as our main trip and camp up and make detours off to the side will be using tourers so can handle a bit of rough stuff just full kit would be too much if the route is too 'rustic'. Found some very 'rustic' sustrans routes in Norfolk a few years ago - barely passable on a loaded tourer.

Last year we rode a stretch from Bordeaux to the med - although we avoided Narbonne we got as far as Lezignan-Corbieres which is quite close by.

The region is great for cycling and you'll have a fantastic time. The camping municipal at Carcassonne is definitely worth a visit!
Top 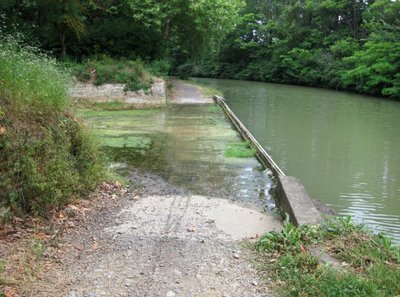 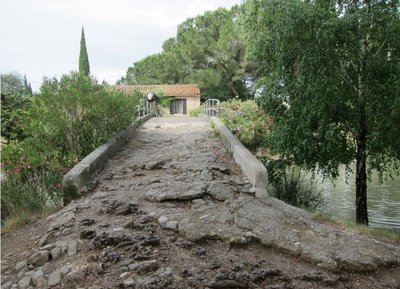 The Canal du Midi is nice if you want to tootle along on an MTB or big tyred hybrid. If you wish to make any progress, it's a waste of time. I've done it twice. I always end up getting off and riding on the road. The tree roots can be pretty bad and it gets very busy so you can end up stuck behind large slow groups. The D road running alongside is superb. Oh and I was on a tourer.
https://www.facebook.com/North-Manchest ... _todo_tour
Top

We did it about 3 years ago. From Toulouse it was tarmac initially, but as you loop round the lakes at Port Lauragais the tarmac ends. As I recall the compacted gravel surface was ok as far as Castelnaudary, but we encountered the roots before reaching Carcassonne, and they were roots indeed. I'm surprised we didn't break anything they were so exposed and so gnarled. After Carcassonne we used the roads instead! It was a bit tedious getting away from the town, but the rest of the way was fine. After Sallelle d'Aude the towpath route takes you across a semi disused railway bridge. The practice is apparently tolerated." If a train should come along it will wait for you" we were told. Be advised though, that once across the river you will have to descend a steep embankment - obviously not a ride, but possibly still a problem if heavily loaded.

FWIW we found Carcassonne a disappointment. The castle has been extensively reconstructed (and re imagined?) and you couldn't even appreciate that for the crowds and the overlay of souvenir shops. we would still have liked to tour the citadel but there were no English language tours on the day, and when we noticed the crowds moving in lockstep along the battlements we were glad we weren't up there. The overall feeling was "Fake!"
Trying to retain enough fitness to grow old disgracefully... That hasn't changed!
Top

I cycled Carcassonne to Agde, I used the Cicerone book. I used the towpath to Trebes, as previous posts the towpath is rough due to tree roots it is also narrow more like a footpath. I then used the roads looking at the canal when possible, the section from Homps to Le Somail is pretty. I cycled the Canal de Robine as far as Salleles, I then went by road (there was no towpath or it was closed for repair?) to Narbonne.
Top

I cycled from the Atlantic to the Med near Narbonne in 2012 and the middle bit of our route followed the tarmac cycle path along the Garonne canal which we joined east of Langon having followed other off-road cycle routes down the coast to the west of Bordeaux. A good source of info about the area is http://www.af3v.org, a French site that shows all the long distance cycle routes and their state of development on a Carte Interactive -click the route on the map to get photos and route information. The canal side route was pleasant enough but the flatness became monotonous after a few days so we left the Garonne at Moissac (good campsite on an island in the river) west of Toulouse and took a northerly route via the hills around La Salvetat and St Pons with climbs up to about 1000 metres along quite forest roads. After the col at 634m south of St Pons there was a 30 km downhill via Aigues-Vives which was a highlight of the trip. I can recommend camping Les Floralys on the SE side of Narbonne off the D32 where it leaves Narbonne - quiet and shady with good food in their restaurant. We did camp by the Med past Gruissan but that was on an unpleasantly large and expensive site with rocky pitches and one of our cycle shorts were stolen overnight!
Top

I live 10kms out of Bordeaux on the start of the dedicated cycle path Roger Lapébie Bordeaux to Sauveterre ; its the link path from Bordeaux to the start of the Garonne canal.
If anyone wants a pitch in the garden and hot shower on their way down (or up) on this path, send me private message
Top